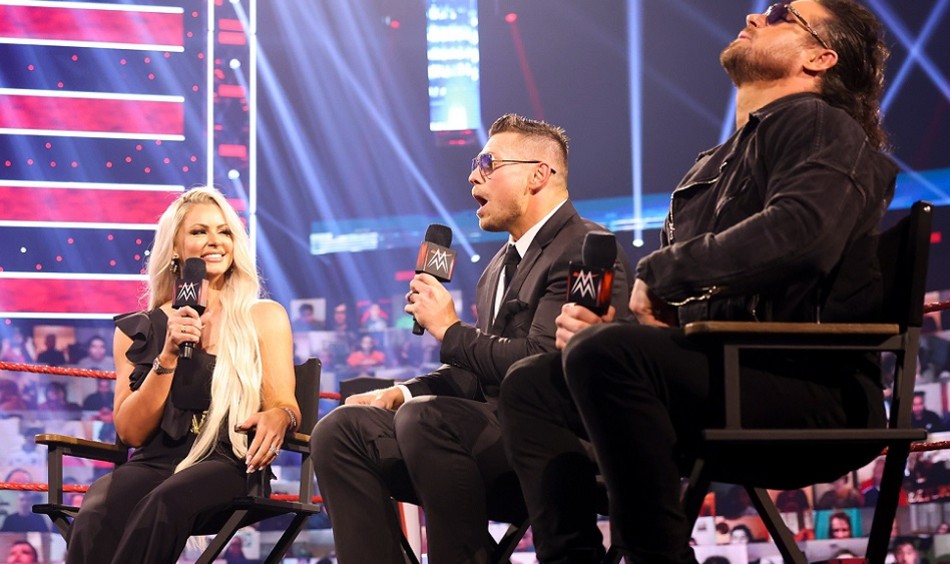 The Miz reportedly picked up the first injury of his WWE career (image courtesy WWE.com)

Bengaluru, May 18: WWE may have to deal with unwanted headaches of missing superstars at a time when they’re already having a lack of star power on Monday Night Raw. If the latest reports are true then two former world champions suffered injuries at Backlash and they’ve also subsequently been pulled off this week’s Raw.

The Miz reportedly suffered an injury during the Zombies Lumberjack Match against Damian Priest at WWE WrestleMania Backlash pay-per-view. There’s no word on how bad the injury is as Wrestling Observer only informs that the two-time world champion suffered a knee injury during the loss to Priest.

There’s also no update available on whether The Miz will miss any significant ring time due to this injury, but WWE has very likely kept him off TV due to the alleged injury. On Raw, John Morrison, tag team partner of Miz lost in another Lumberjack Match to Priest with the ring surrounded by roster members.

The Miz has not commented on what appears to be the first legit injury of his WWE career, but he has been active on Twitter to promote tonight’s Miz & Mrs. season finale that aired on the USA Network right after Raw.

He also posted a zombie-fied photo of himself, joking about how he’s feeling the effect from the PPV. The zombies were shown to have eaten him inside the ring [kayfabe], following his loss at Backlash.

There’s no word on when Miz could be back in action, or whether WWE has planned for his future. But it’s certain that his feud with Priest must have been wrapped with the bygone WrestleMania Backlash Lumberjack match.

The second name under injury cloud is Braun Strowman, who may also have suffered an injury to his ribs during this past Sunday’s Raw-brand main event. The WWE Championship match witnessed Bobby Lashley retain his title over Strowman and Drew McIntyre in a Triple Threat where Lashley actually pinned Strowman with a mammoth spear affecting the ribs.

Strowman did not appear on the post-Backlash edition of RAW and it was noted by MVP in a promo that The Monster Among Men was dealing with broken ribs. There’s no update on whether Strowman has legitimately suffered an injury or WWE is using the bruised ribs to cause a storyline injury to cause the absence.

The Monster Among Men was admittedly gearing up for a bodybuilding competition which could be related to the situation. He has not made any public social media comments since the WrestleMania Backlash Triple Threat, but he was spotted clutching his ribs, following the match.

Denial of responsibility! NewsUpdate is an automatic aggregator around the global media. All the content are available free on Internet. We have just arranged it in one platform for educational purpose only. In each content, the hyperlink to the primary source is specified. All trademarks belong to their rightful owners, all materials to their authors. If you are the owner of the content and do not want us to publish your materials on our website, please contact us by email – [email protected]. The content will be deleted within 24 hours.
Backlashbest sports newsinjurednews update sportsnewsupdateRawreportedlysports news

Want the Final Four Court? You Have to Win on It First.