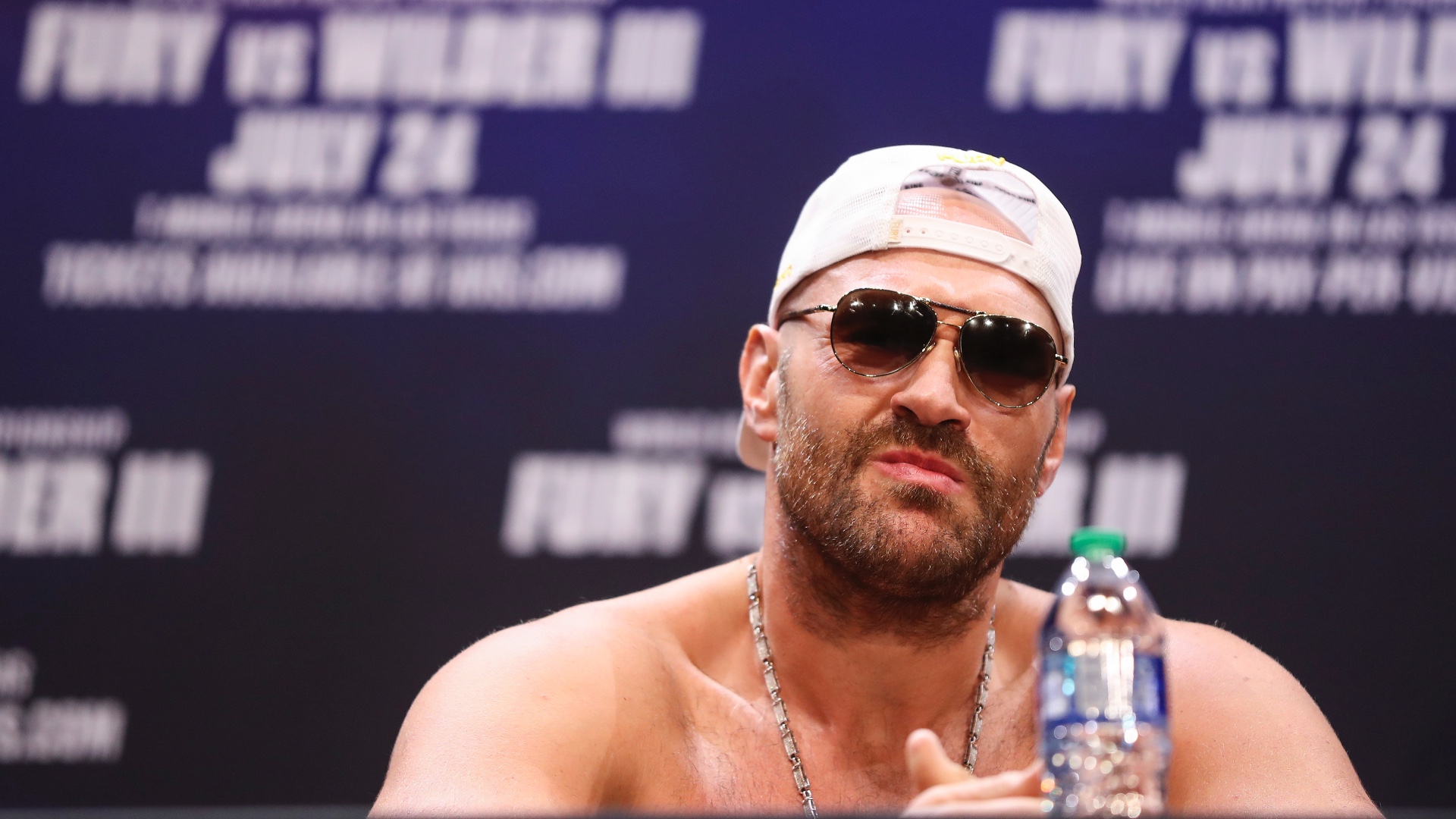 If it’s one thing that Tyson Fury understands, it’s how being accountable is the first of many steps when it comes to dealing with mental health. For someone who has been open about his own struggles with mental health and has become an advocate for those suffering through it, Fury can recognize the signs even when the individual dealing with it has yet to acknowledge them.

MORE: Tyson Fury vs. Deontay Wilder 3: A timeline to the trilogy

Fury stepped away from boxing for three years to deal with depression, addiction and bipolar disorder before making an astounding return to the ring, which has led to him becoming the WBC heavyweight champion and preparing for his first title defense in the third fight with Deontay Wilder on Oct. 9. But in order to move forward with his life, he had to first accept that there was a problem to begin with and be accountable for his self-destructive behavior that nearly derailed not only his boxing career but his life.

What Fury has seen from Deontay Wilder over the past 20 months is something he is quite familiar with.

Following his dominant seven-round destruction of Wilder last February, all Fury heard was his opponent offer excuses as to why he was unable to defeat “The Gypsy King.” Whether it be an oversized suit or a trainer conspiring against him, Wilder refused to acknowledge that the better man beat him on that fateful February 2020 night in Las Vegas. He didn’t want to accept that it was anything he did that caused him to lose. And through those words, Fury finds that his opponent may be dealing with something more than simply trying to overcome the first loss of his boxing career.

MORE: All of Wilder’s excuses for losing to Fury

“He hasn’t been accountable for his actions or his words,” Fury tells Sporting News as he walks through the corridors of the T-Mobile Arena following the “Grand Arrivals” of both fighters. Moments earlier, Wilder appeared in front of a crowd and reiterated his accusations that Fury may have cheated to win. It’s something Fury has taken notice of and, despite having to punch his opponent repeatedly on Saturday night, he sees that these excuses might be a cry for help that no one on his team is hearing.

“The people are still waiting to be addressed on all of these accusations that he hasn’t been held accountable for. I think he’s suffering mentally. But one thing I will say to him is that with the right help, you can always come back because I came back with mental health problems and I’m sure Deontay Wilder can as well. But if he doesn’t reach out and tell people what is going on, he can never get help.

“First you have to accept and then you are able to recover.”

After defeating Wladimir Klitschko to become the unified heavyweight champion in November 2015, Fury should have been at the pinnacle of his career. But because he was suffering with what he calls a “silent killer,” he was unable to revel in the greatest moment of his boxing career. Accomplishing what he spent his entire life trying to achieve rang hollow.

Instead of happiness, he found emptiness. He found no meaning in his achievements. Suicidal thoughts often crossed his mind as he found it more and more difficult to get out of bed each day. He turned to drugs and alcohol as a coping mechanism. His weight ballooned to over 400 pounds and he was deemed medically unfit to box. He lost his boxing license due to failed drug tests and was hospitalized after a panic attack which led to his bipolar diagnosis.

Self-medicating was an excuse. It was destroying not only his life but the lives of his wife and three children who loved him but were witnessing his descent into self-destruction. He needed help if he ever wanted to fight again. He acknowledged and accepted this and recognized that he had to make a change.

“I suffered from mental health issues my whole life and I didn’t know anything about it, where to go for help, or even where to start to fix it,” he explains. “And one day I realized that I had just gone too far. I came to my senses and knew that I needed to get help. To be honest, I didn’t think it would be for me in the beginning but it turned out that it really helped me.”

Fury says that his new coping mechanism with depression and bipolar disorder is keeping himself busy with activities to keep his mind from wandering. And if a depressive episode begins to take form, he acknowledges it and finds healthy ways to handle his mental state. But he thinks that Wilder is unable to accept that his loss to Fury last February was his own doing and it has led him to a dark place where his unwillingness to accept accountability has created a fracture in his psyche that needs to be addressed.

Wilder didn’t rest at making excuses after the loss that saw him suggest that Fury loaded his gloves because he couldn’t possibly have hit him that hard on his own. Instead, he opted to make changes within his camp and went so far as to think that his own team sought his demise. He fired his trainer, Mark Breland, for throwing in the towel during the one-sided beating and went so far as to suggest that Breland was part of a conspiracy to cause Wilder to lose his world title. In his place is Malik Scott, who Fury believes is “rubbish” as a trainer and thinks that he’s only there to be another conformist on his team.

“He has a lot of yes men around him who just tell him what he wants to hear,” he says. “And the ones who tell him the truth, he gets rid of. I’m not sure how you can go on in your life without someone telling you how it is. If you look around me, I have a family that isn’t afraid to tell me if I’m doing something wrong. That has helped me the most.”

You get the sense that Fury does truly feel for his opponent but cannot let his guard down until after the two clash one last time. It is necessary for him to showcase his bravado and explain in a million different ways how he will smash Wilder to bits. It is a fight, after all, and Fury acknowledges that this is the most dangerous fight of his career because of a focused opponent looking for retribution. But all is fair in love and war and Fury has no qualms with putting this feud to rest with another dominant performance.

And then, if Wilder wants to accept that his loss is nobody’s fault but his own, maybe Fury will reach out to Wilder and offer a helping hand. Until then, the only hands Fury will offer are the ones taking aim at his opponent.

Denial of responsibility! NewsUpdate is an automatic aggregator around the global media. All the content are available free on Internet. We have just arranged it in one platform for educational purpose only. In each content, the hyperlink to the primary source is specified. All trademarks belong to their rightful owners, all materials to their authors. If you are the owner of the content and do not want us to publish your materials on our website, please contact us by email – [email protected]. The content will be deleted within 24 hours.
aheadbest sports newsDeontayfamiliarFightFuryHealthmental