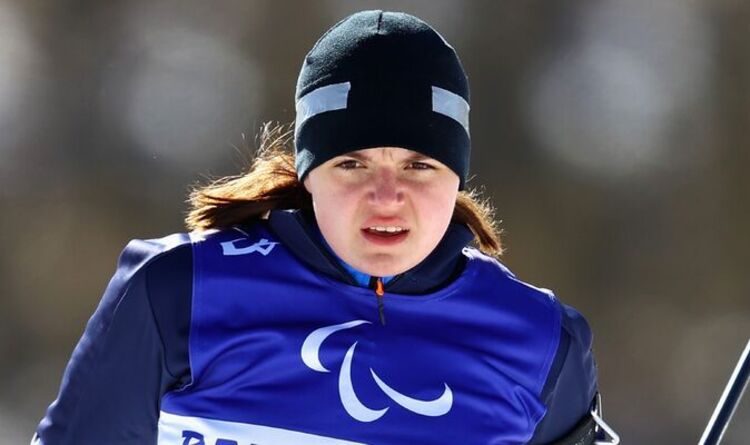 Ukrainian biathlete Anastasiia Laletina has withdrawn from the Winter Paralympic Games in Beijing after her father was captured and ‘beaten’ by Russian soldiers while defending his country. The 19-year-old was due to compete in Tuesday’s middle distance sitting event but was said to have pulled out at short notice after learning of her father’s situation.

Laletina currently remains in Zhangjiakou, the venue for the cross-country skiing and biathlon competitions, where she is expected to stay until the end of the Games.

She was tended to by a team doctor in the wake of the revelation that her father, who serves in Ukraine’s military, was captured by Russian forces.

It remains unclear where Laletina’s father was captured or what his condition is at this moment in time.

“Her father is a soldier in the Ukrainian army and [was taken] prisoner by Russian soldiers, they beat him,” said the team’s spokeswoman Natalia Harach.

“She was very upset and couldn’t take part in the race.”

JUST IN: Novak Djokovic in United States visa controversy ahead of Indian Wells

Meanwhile, fellow biathlete Dmytro Suiarko’s home was said to have been destroyed by Russian shelling just a day before he clinched the bronze medal in the middle distance vision impaired race.

“I am happy, but you know the situation in Ukraine,” Suiarko told reporters after the conclusion of his event.

“Very hard concentration is needed in biathlon and I missed twice because yesterday, my house where I live, it was bombed and destroyed.”

Ukraine’s government has ordered all men aged between 18 and 60 to stay in the country in order to aid the fight against Russia, who launched a full-scale invasion last month.

Troops are said to be descending on Kyiv ahead of an expected attack on the capital, which is yet to fall into the hands of the invaders as of yet.

A number of high-profile Ukrainian athletes have voiced their opposition to the conflict over the last fortnight, while others have stayed or travelled back to the country in order to take up arms and join the fight on the front line.

Former world heavyweight boxing champion Wladimir Klitschko is among those who have remained in Kyiv and has spoken about the horrors of the war on a number of recent occasions.

“Boxing is sport, this is war, and our people are dying,” he told The Mirror earlier this week.

“During this conversation with you, innocent women, children and civilians will be subjected to bombs, missiles and horrifying reality of war.

“People say this is the biggest fight of my life, and I agree. It’s so sad to realise how terrifying the war is.

“This is why I ask your readers, all the people of Britain, to back our campaign and to act now, in any way possible, to help Ukraine.

“To isolate Russia from all sporting competition is not an act of aggression. We do this to stop the war, in the name of peace.

“I have nothing personal against the athletes, but I have a lot against the aggression of Russian leader Putin.

“We believe sanctions on different levels, including sport, are crucially important.”

Denial of responsibility! NewsUpdate is an automatic aggregator around the global media. All the content are available free on Internet. We have just arranged it in one platform for educational purpose only. In each content, the hyperlink to the primary source is specified. All trademarks belong to their rightful owners, all materials to their authors. If you are the owner of the content and do not want us to publish your materials on our website, please contact us by email – [email protected]. The content will be deleted within 24 hours.
best sports newsCapturedFatherforcesnews update sportsnewsupdateParalympicRussian

ESL FACEIT Group expands its viewing services for fans with…