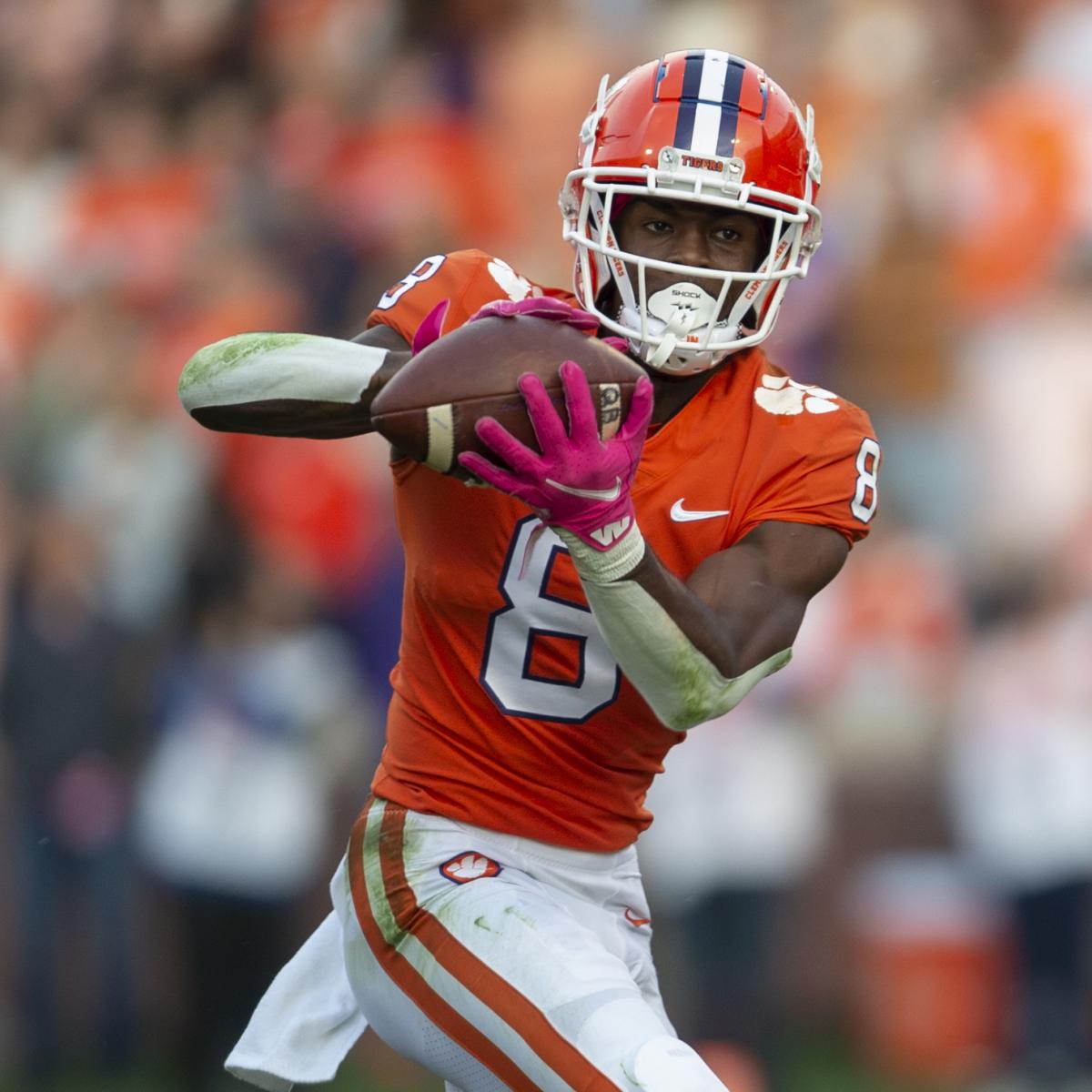 As they should be.

Since there is no such thing as having too much depth, and since the proverbial diamonds in the rough are found year after year, front offices don’t even pause their talent search upon the draft’s completion. As soon as that door closes, it’s on to the next one, as executives and scouts comb through the ranks of undrafted free agents in hopes of finding a keeper.

Could the next hidden gem arrive this offseason? That’s what front offices are eager to find out. So are we, so let’s dive into the latest buzz around some of the top prospects who weren’t picked last week.

Justyn Ross appeared destined for stardom—and surely a first-round selection—when he erupted on the scene in 2018 and helped Clemson claim the national championship as a true freshman. He turned 46 receptions into 1,000 yards and nine touchdowns, meaning his average touch was a 21.7-yard gain and roughly one in every five of them put him in the end zone.

How is it possible, then, that he not only went undrafted but still hasn’t signed an NFL contract? Because injuries are the worst.

“He was diagnosed in 2020 with a rare spinal disorder and underwent neck surgery,” Des Beiler wrote for the Washington Post. “After sitting out Clemson’s season that year, Ross returned in 2021, only to suffer a stress fracture in his left foot that led to a surgical procedure in November.”

Even with the injuries and some spotty quarterback play, Ross still delivered another 46-catch effort this past season. The receptions only yielded 514 yards and three scores this time around, but it was still a successful season.

It gave him a foundation to build upon, and given the towering ceiling he had flashed in the past, the combination should be intriguing enough to land him on an NFL roster sooner than later.

Last year, the Patriots spent the No. 15 pick on signal-caller Mac Jones. This year, they crowded the quarterback room by using a fourth-round selection on Bailey Zappe and adding D’Eriq King in post-draft free agency.

Could New England be putting the pressure on Jones? Maybe not as much as it seems, as King may not be quarterback competition for Jones but rather a helpful, multi-dimensional playmaker instead.

“I’ll do a little bit of everything—receiver, quarterback, running back—whatever I can do to stick,” King told reporters. “… I’ve played quarterback my whole life, but I think I can be a pretty good receiver as well.”

King has the athleticism needed to execute a position change on the fly. In college, he handled 484 scrimmage plays that weren’t passes (423 carries, 61 receptions) and turned them into 2,575 scrimmage yards and 35 scores.

Prediction: King will play as a rookie, but not at quarterback.

Tyler Goodson’s draft experience could have gone either way. He didn’t get selected, but no eyebrows would have raised if he had been.

The fact he went undrafted might say more about the league’s view on the running back position than it does Goodson’s prospect evaluation. He’s a shifty mover with good speed, and there are some skill and style overlaps with Packers starter Aaron Jones.

There is a non-zero chance Goodson is getting actual playing time as soon as next season.

“He doesn’t pack much of a punch but he’s got 4.42 speed in the 40 and superb footwork,” Packer Central’s Bill Huber wrote. “It’s pretty easy to see him lining up in the slot in the old Tyler Ervin role.”

Goodson should land in a competition with Kylin Hill and Patrick Taylor for a backup gig to Jones and A.J. Dillon. Goodson has enough game to win that job.

Denial of responsibility! NewsUpdate is an automatic aggregator around the global media. All the content are available free on Internet. We have just arranged it in one platform for educational purpose only. In each content, the hyperlink to the primary source is specified. All trademarks belong to their rightful owners, all materials to their authors. If you are the owner of the content and do not want us to publish your materials on our website, please contact us by email – [email protected]. The content will be deleted within 24 hours.
Agentsbest sports newsfreeJustynLatestnews update sportsnewsupdatePlayers

How to make a PowerPoint presentation into a video

Elden Ring: Where To Get Briars Of Sin

IPL 2022, MI vs SRH: Underperforming captains in focus as…