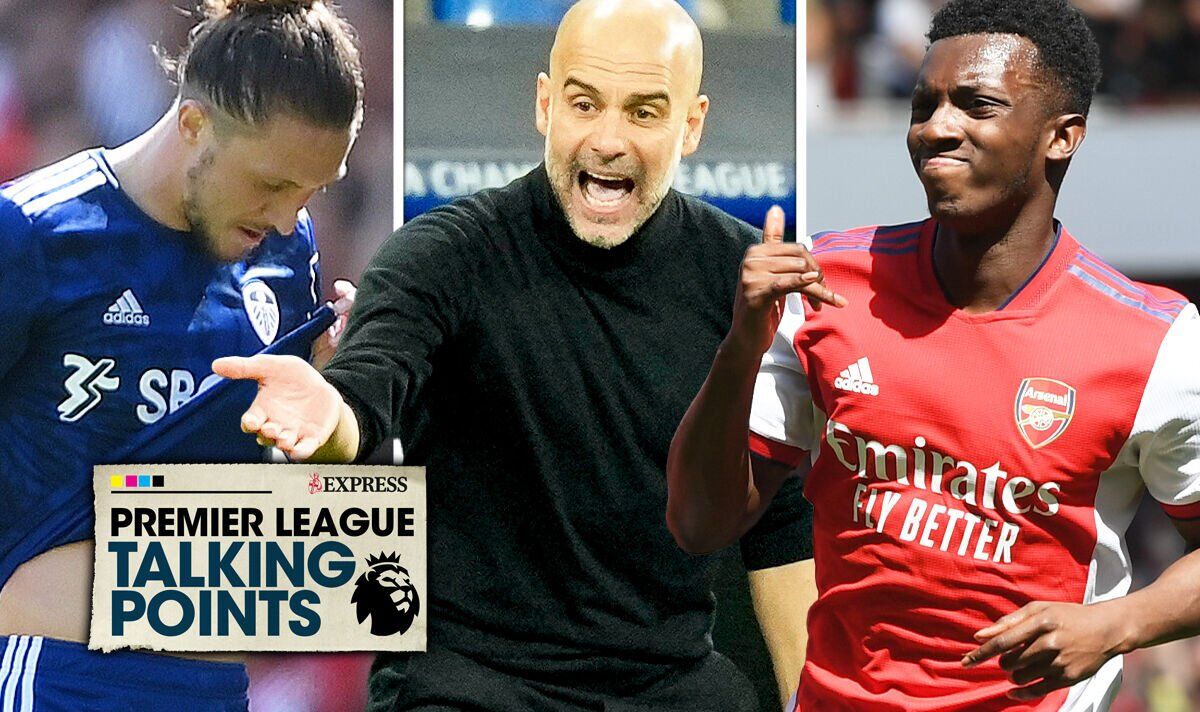 At this stage of the season we all tend to show our true colours and for all of us in Pep Guardiola’s eyes, that’s Red. It’s funny the things that managers worry about as the season reaches its finale and having got himself ahead of the pack and in sight of the finishing line, Guardiola seems concerned that nobody seems to like him.

Some things are better left unsaid – about the only thing Jesse Marsch could say about the sending off of Luke Ayling which will leave him without his captain for the remainder of the season. Of course, sometimes those missing words are the reassuring ones and Eddie Nketiah may be firing Arsenal to the Champions League but his manager is not even paying lip service to the fact he may not get to join the team there.

Nothing lifts the spirits of English football fans than seeing a man who has the best team in the world, the biggest budget and the greatest line in touchline clobber moaning that nobody likes him. Time perhaps to look in the mirror and wonder in Manchester City’s perceived unpopularity is in fact Guardiola’s unpopularity. England likes its most successful combatants in any sport to have a bit more grace.

It’s a version of the Novak Djokovic effect. One Grand Slam away from being the best player in this glorious generation and yet a light year away from Rafa Nadal and Roger Federer from being the most liked.

Outbursts like the one at the weekend don’t help. Who cares if people like Liverpool more? The more self-effacing Jurgen Klopp has worked hard on his outward projection but would graciously swap it all in an instant for four more points right now.

The transcript on the club’s official website suggest that Mikel Arteta was commenting generally “on Eddie Nketiah’s future…” However, he had specifically been asked that if the striker wanted to stay, was there a contract there ready for him.

So Arteta’s eulogy instead becomes an awkward way of not answering the question. “Eddie is doing what he’s done all season, he’s been very consistent, with his performances and how little he is giving things away!” he said. “Let him be, let him enjoy the moment because he completely deserves it and things will happen naturally.”

Given the opportunity to embrace a player who is out of contract at the end of the season and keep the inevitable hunting dogs at bay, the chance went completely begging. Which is not something you associate with Nketiah just at the moment. But that silence speaks volumes.

Denial of responsibility! NewsUpdate is an automatic aggregator around the global media. All the content are available free on Internet. We have just arranged it in one platform for educational purpose only. In each content, the hyperlink to the primary source is specified. All trademarks belong to their rightful owners, all materials to their authors. If you are the owner of the content and do not want us to publish your materials on our website, please contact us by email – [email protected]. The content will be deleted within 24 hours.
Aylingbest sports newsfortunesgoodbyeGuardiolaLeaguenews update sportsnewsupdate

Salt And Sacrifice – Review In Progress