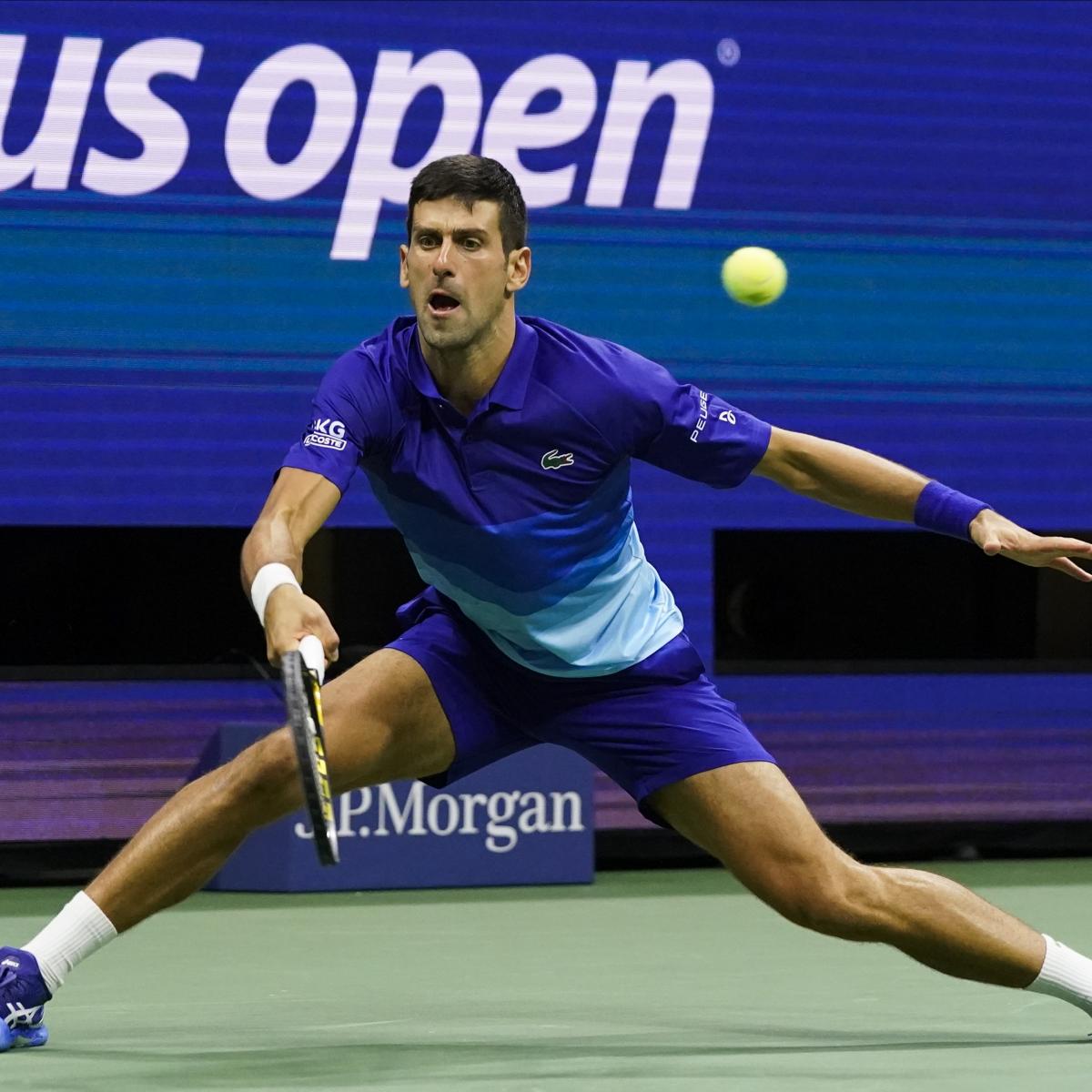 Daniil Medvedev is looking for his first Grand Slam title. The 25-year-old Russian has reached a final multiple times, but he hasn’t been able to break through quite yet.

On Sunday, either Djokovic will be making history or Medvedev will add his name to the list of Grand Slam champions, as the two will face off at Arthur Ashe Stadium at the USTA Billie Jean King National Tennis Center in New York City in the final of the 2021 U.S. Open.

Not only can Djokovic claim the top spot on the all-time men’s singles leaderboard, but with a win, he’d become the first men’s singles player to complete a calendar Grand Slam (winning all four major tournaments in the same year) since Rod Laver in 1969. It’s only happened three times before in men’s singles play—Laver also did it in 1962, while Don Budge was the first tennis player to achieve the feat in 1938.

Here’s everything you need to know heading into the Djokovic-Medvedev matchup.

Djokovic has been at the top of the men’s tennis world for years now. But his 2021 has been impressive, even by his lofty standards.

In February, Djokovic won the Australian Open for the ninth time. He’s dominated that event for more than a decade, and he had no trouble against Medvedev in this year’s final, winning 7-5, 6-2, 6-2.

In June, Djokovic captured the French Open title for only the second time. That’s been a tournament dominated by Rafael Nadal (13 titles). But this time, Djokovic didn’t even have to play him, instead beating Stefanos Tsitsipas in the final via a 6-7(6), 2-6, 6-3, 6-2, 6-4 win.

In July, Djokovic was victorious at Wimbledon for the sixth time, continuing his recent success there (three consecutive titles) by defeating Matteo Berrettini 6-7(4), 6-4, 6-4, 6-3.

In September, will Djokovic win the U.S. Open for the fourth time? It wouldn’t be surprising.

Djokovic arrived in New York City as the No. 1 seed, and although he’s faced some adversity throughout the tournament, he’s continued to find ways to win. Of his first six victories, only one came in straight sets. His greatest test came in Friday’s semifinal, when he outlasted No. 4 Alexander Zverev for a five-set win.

Even though the stakes will be the highest yet for Djokovic on Sunday, he’ll be ready to go per usual.

“I’m going to put my heart and my soul and my body and my head into that one,” Djokovic said during his on-court interview after his semifinal win (h/t Howard Fendrich of the Associated Press). “I’m going to treat the next match like it is the last match of my career.”

While Djokovic is doing that, Medvedev will be trying his hardest to finally knock off Djokovic at a major tournament, which would be the biggest win of his career if he’s successful. Medvedev has lost his two previous meetings with Djokovic that have occurred at Grand Slam events (the Australian Open in 2019 and 2021).

It isn’t the first time that Medvedev has made it this far at the U.S. Open. He reached the final of the tournament in 2019, when he lost to Nadal in five sets.

At this year’s U.S. Open, Medvedev has been dominant. He’s dropped only one set over his first six wins, and he notched a straight-set victory against No. 12-seeded Felix Auger-Aliassime in the semifinals.

Of course, things are about to get much tougher for Medvedev in terms of his competition.

“We have two players, only one going to win,” Medvedev said, per Dan Wolken of USA Today. “You never know what’s going to happen, but I’m going to try more than I did the first two times [in a major final].”

It has the potential to be a more competitive match than the last time Djokovic and Medvedev faced off. And regardless of which one ends up on top, it’s going to be a special win for the victor with all that’s on the line.

Denial of responsibility! NewsUpdate is an automatic aggregator around the global media. All the content are available free on Internet. We have just arranged it in one platform for educational purpose only. In each content, the hyperlink to the primary source is specified. All trademarks belong to their rightful owners, all materials to their authors. If you are the owner of the content and do not want us to publish your materials on our website, please contact us by email – [email protected]. The content will be deleted within 24 hours.
Loading...
Loading...
best sports newsfinalLiveMensnews update sportsnewsupdateOpenschedule