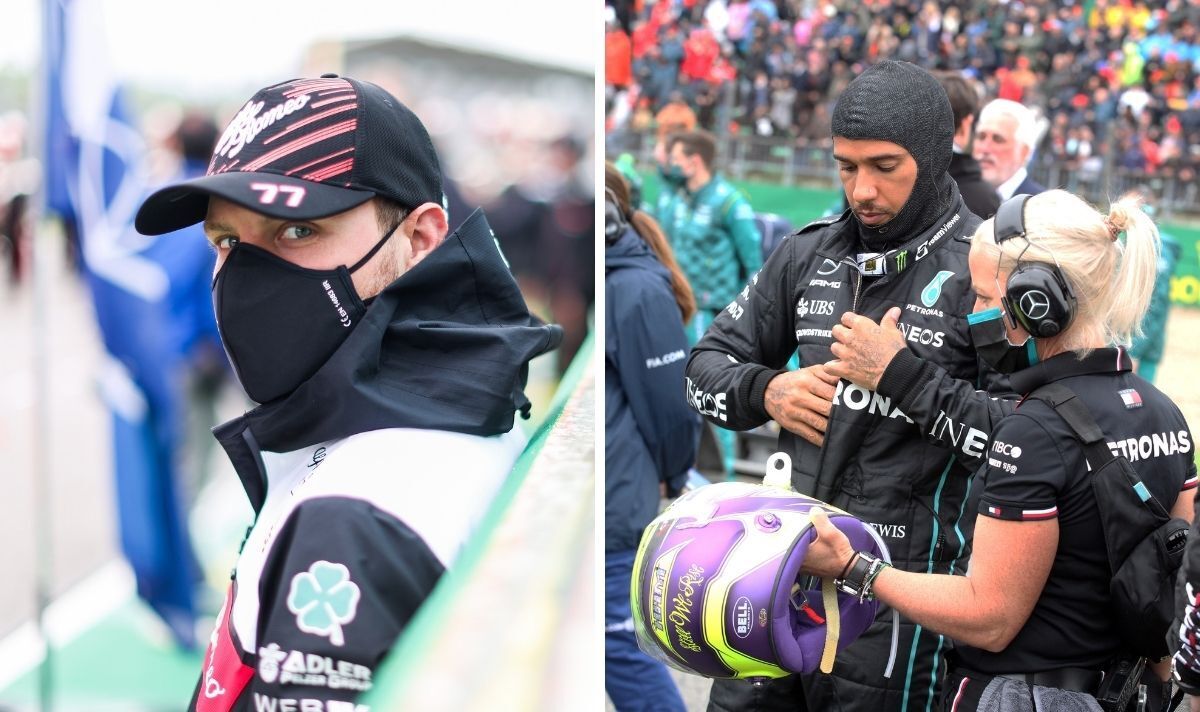 Alfa Romeo’s Valtteri Bottas has reiterated his improved spirits since swapping Mercedes for the Swiss-based team ahead of the 2022 Formula 1 season. The Finn originally joined the Silver Arrows in 2017 and helped them win five successive world championships alongside Lewis Hamilton.

During his time with Mercedes – particularly over the last few seasons – Bottas was criticised for his performances as he was constantly compared to the seven-time world champion. It’s a far cry from how he has settled in at Alfa Romeo after he was replaced by George Russell.

The Ferrari-backed team let go of both 2007 F1 world champion Kimi Raikkonen and Antonio Giovinazzi ahead of the 2022 season. Alfa Romeo wanted an experienced driver to partner rookie Guanyu Zhou, and Bottas has settled in seamlessly.

“I am at a point in my career where I drive for myself and the team – and nobody else,” Bottas told BILD. “Of course I love winning or being on the podium, but I’m not sad about my new situation.

“On the contrary. It motivates me to work with the team on a task and then hopefully see the results.”

Mercedes and Hamilton have struggled since achieving a surprise podium in the season-opening Bahrain Grand Prix, finishing P10 in Saudi Arabia and fourth in Melbourne. However, the seven-time world champion faltered and limped home to claim 13th at the Emilia Romagna Grand Prix last weekend.

Meanwhile, Bottas has impressed in 2022 so far and finished sixth and eighth in Bahrain and Australia respectively. The 32-year-old has spoken of his happiness at Alfa Romeo and the role he plays in the past.

“I just feel a bit happier in life overall,” Bottas told The Race. “I really feel a big part of the team. And it’s been really nice to have proper authority on things. If I ask for something, it happens – and everyone really listens.

“I’m not just a driver, but also an important team member. It was always quite difficult in the past to really step up. And I think Lewis also in a team is quite a dominant person in a way. It was pretty clear that I couldn’t have the same role there as what I have here.”

Denial of responsibility! NewsUpdate is an automatic aggregator around the global media. All the content are available free on Internet. We have just arranged it in one platform for educational purpose only. In each content, the hyperlink to the primary source is specified. All trademarks belong to their rightful owners, all materials to their authors. If you are the owner of the content and do not want us to publish your materials on our website, please contact us by email – [email protected]. The content will be deleted within 24 hours.
best sports newsBottasDitchingHamiltonLewisnews update sportsnewsupdatepartnership