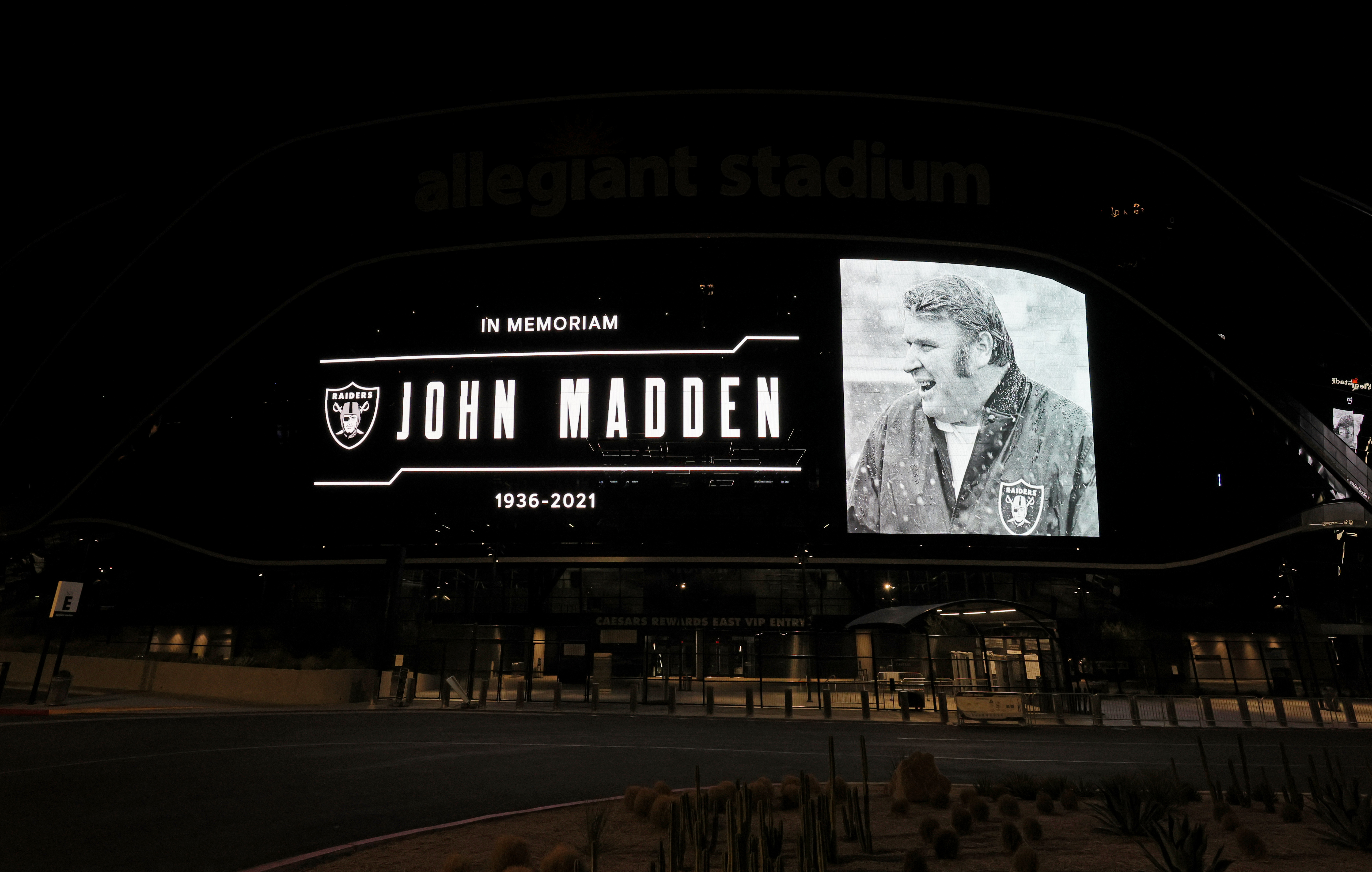 The Las Vegas Raiders paid tribute to the late John Madden prior to Sunday’s season finale against the Los Angeles Chargers. Members of Madden’s family were in attendance and lit the torch at Allegiant Stadium.

Madden died Dec. 28 at age 85. The Hall of Famer was a legendary broadcaster and head coach and was one of the most respected personalities in football history.

As head coach of the Oakland Raiders, Madden assembled a record of 103-32-7 in 10 years and never had a losing season. He coached the team to victory in Super Bowl XI.

Soon after retiring from coaching, Madden transitioned seamlessly into broadcasting and became a color commentator for NFL games. He went on to win 16 Sports Emmy awards. He also built a video game empire with his EA Sports Madden NFL games, which were a major influence in growing the sport among younger fans.

In 2006, he was inducted into the Pro Football Hall of Fame. The last game he broadcasted was Super Bowl XLIII in 2009.

Madden is survived by his wife, Virginia, and his two sons, Joseph and Michael.

Denial of responsibility! NewsUpdate is an automatic aggregator around the global media. All the content are available free on Internet. We have just arranged it in one platform for educational purpose only. In each content, the hyperlink to the primary source is specified. All trademarks belong to their rightful owners, all materials to their authors. If you are the owner of the content and do not want us to publish your materials on our website, please contact us by email – [email protected]. The content will be deleted within 24 hours.
Allegiantbest sports newsChargersRaidersfamilyJohnlightsMaddensnews update sports

Mumbai girl Diya Chitale does it for her grandpa!

Would Anthony Joshua step aside to allow Tyson Fury to fight…