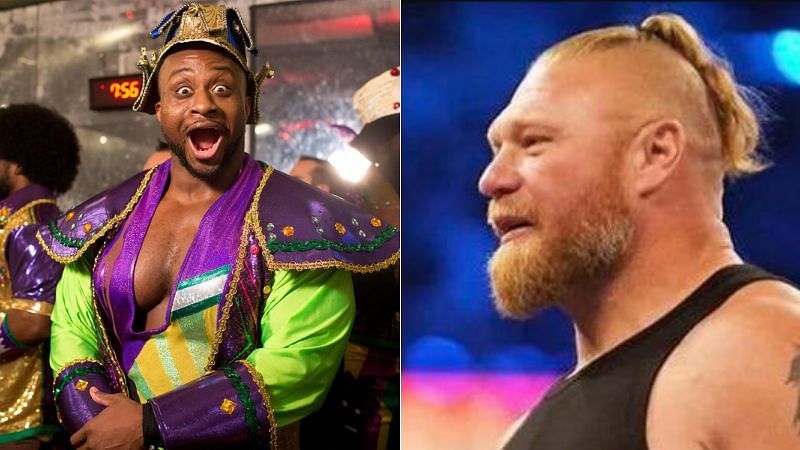 Former WWE writer Vince Russo believes Big E would have benefited more from winning the WWE Championship if he defeated Brock Lesnar for the title.

Big E successfully cashed in his Money in the Bank contract on Bobby Lashley on the September 13 episode of RAW. Following the win, Russo highlighted his concerns about the New Day member’s number of losses in recent years.

Speaking to Sportskeeda Wrestling’s Dr. Chris Featherstone, Russo reiterated that Big E’s win/loss record remains an issue. However, he believes the problem could have been fixed if he had defeated someone with Lesnar’s credibility.

“If you would’ve had Brock this entire time undefeated, you would have done the [Hulk] Hogan or this entire time nobody beat Brock, then 50-50 Big E beats Brock? Now you’ve got something. But not Dolph [Ziggler]’s heavy, New Day, and this and that. It’s like, okay, bro, I hate to say this, we’ve got another Drew McIntyre on our hands,” Russo said.

Watch the video above to hear more of Vince Russo’s thoughts on Big E winning the WWE Championship. He also spoke about Vince McMahon’s possible reaction if AEW Dynamite beats WWE RAW in the ratings.

Could Big E and Brock Lesnar face each other in the near future?

On last week’s episode of SmackDown, backstage interviewer Kayla Braxton said she has heard “rumors from her sources” about Brock Lesnar potentially moving to RAW. If that happens, The Beast Incarnate will likely be assigned to the same brand as WWE Champion Big E.

Lesnar has not competed in a WWE match since losing the WWE Championship to Drew McIntyre at WrestleMania 36 in 2020. His return match is scheduled to take place against Universal Champion Roman Reigns at WWE Crown Jewel on October 21.

Please credit Sportskeeda Wrestling if you use quotes from this article.

Justin Credible, who was in the ‘Plane Ride from Hell’, addresses the Ric Flair controversy here.

Denial of responsibility! NewsUpdate is an automatic aggregator around the global media. All the content are available free on Internet. We have just arranged it in one platform for educational purpose only. In each content, the hyperlink to the primary source is specified. All trademarks belong to their rightful owners, all materials to their authors. If you are the owner of the content and do not want us to publish your materials on our website, please contact us by email – [email protected]. The content will be deleted within 24 hours.
best sports newsbigBig EBrockBrock LesnarChampionshipdefeatedexclusive

The good the bad and the ugly, 100 years of All Blacks vs Springboks