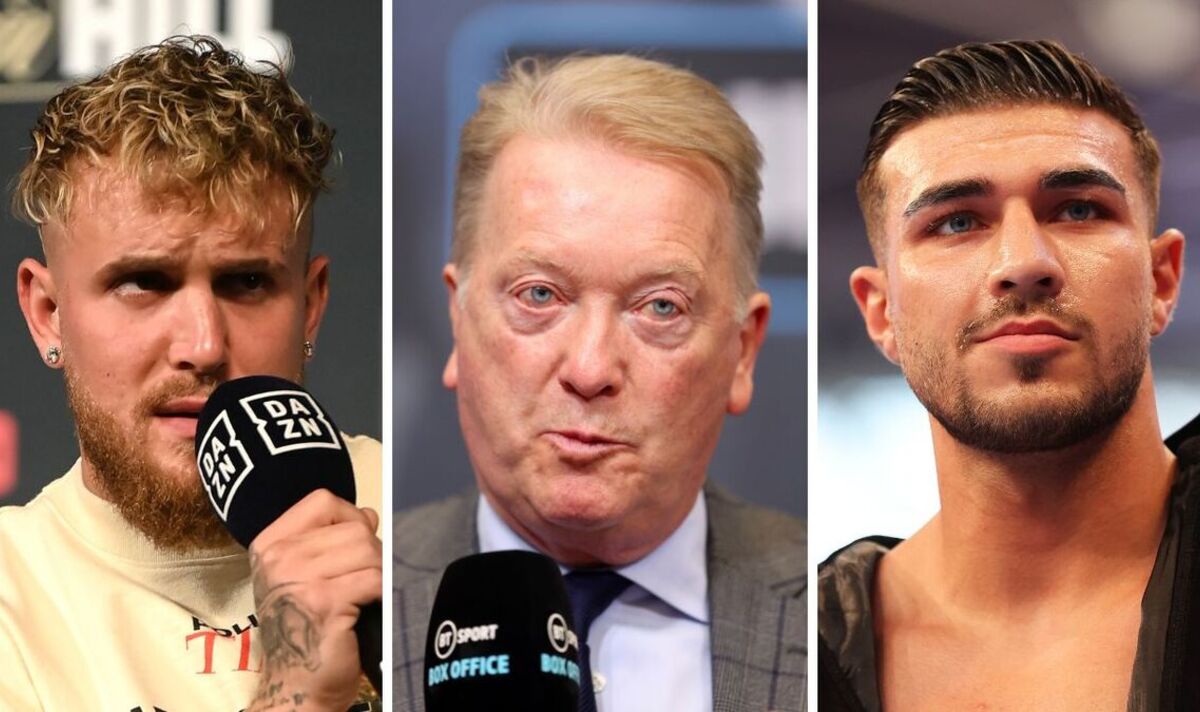 A third attempt at making Jake Paul vs Tommy Fury looks to be edging closer. On Tuesday, Paul sent a tweet directed to Fury’s promoter Frank Warren stating that he is open to facing TNT in the United Kingdom in February as suggested by Tommy’s dad John.

After two previous failed attempts to make the fight happen, Paul is not willing to stick around for long and has set Queensbury Promotions a seven-day deadline to get the paperwork finalised (ending November 22).

In response, Warren has promised to get the deal finalised in the ‘next week or so’ and appears to be targeting late February as suggested, or a newly proposed date in March.

“It will probably be in late February or March,” Warren told talkSPORT. “The reason why it didn’t go [before], the contracts were all signed, because of the problems he had with the US immigration.

For a while, it seemed as though the fight would never happen. Many had lost hope and with Paul recently announcing that he is in negotiations to square off against Andrew Tate, talks of a Fury fight seemed to be far off the mark.

That was until this weekend when Fury reignited the rivalry after his lacklustre exhibition bout against Rolly Lambert on the Floyd Mayweather vs Deji Olatunji card. Taking to the mic, Fury demanded Paul joined him in the ring.

The YouTube star rejected the offer and instead beckoned his rival to face him outside of it. To which, Fury obliged as security as held him back between the ropes, while his father John ripped off his top and attempted to do the same.

The whole scene was more WWE than boxing, but it certainly generated hype online with the clip spreading like wildfire. Now, the two parties will attempt to sit down and come to a fresh agreement.

Whether the seven-day deadline will be reached is yet to be seen with fights of this magnitude often taking much longer to finalise.

Denial of responsibility! NewsUpdate is an automatic aggregator around the global media. All the content are available free on Internet. We have just arranged it in one platform for educational purpose only. In each content, the hyperlink to the primary source is specified. All trademarks belong to their rightful owners, all materials to their authors. If you are the owner of the content and do not want us to publish your materials on our website, please contact us by email – [email protected]. The content will be deleted within 24 hours.
best sports newsboutdatedeadlineDropsFurynews update sportsnewsupdate