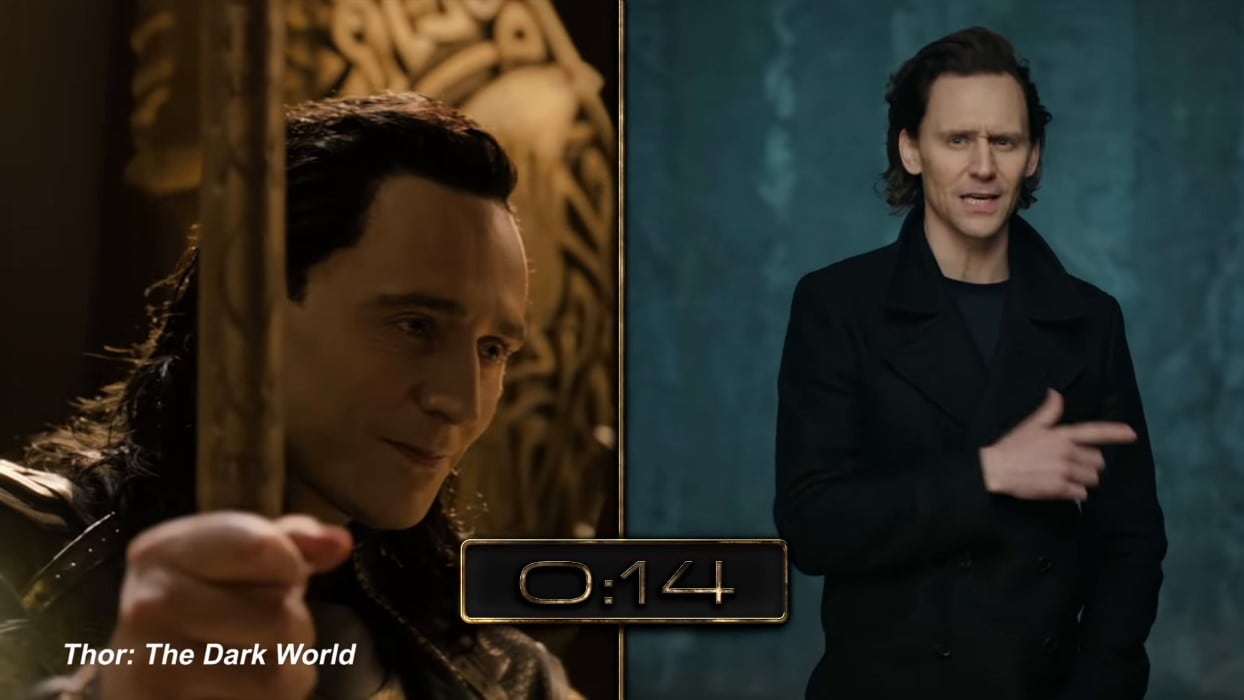 Loki is due in less than three weeks on Disney+ and Disney+ Hotstar, but Tom Hiddleston’s God of Mischief has been around in the Marvel Cinematic Universe for a decade now — since the first Thor movie in May 2011. Loki is by far the MCU’s longest surviving “villain”. I’m putting that in quotes because his role has been flexible over the years. Once the out-and-out villain in The Avengers, Loki became an anti-hero and, eventually, even a good guy of sorts in Avengers: Infinity War. Naturally, he’s got a lot of history then. But Hiddleston thinks he have you catch up on all of that in 30 seconds. Well, 40 seconds, with a bit of Loki trickery.

As you can expect, the Loki recap video is full of spoilers, if you’ve never seen him before. Hiddleston starts right at the beginning, introducing his father Odin and his brother Thor, and jumping through the events of Thor in eight seconds. Hiddleston is quicker with his adventures in The Avengers, wrapping those up in five seconds. He’s somehow even quicker with Thor: The Dark World, running through the Thor sequel in four seconds. And then takes only three seconds to summarise Thor: Ragnarok. Hiddleston needs another eight seconds to take us through Infinity War and Avengers: Endgame, but he’s still somehow out of time.

With two seconds to go out of the 30 he claimed he needed, Hiddleston shouts: “Now hang on,” which puts a stop to the timer. The Loki actor gets to finally catch his breath and then wraps up by mentioning that in Loki, he has a “job offer” at a group that calls themselves the TVA — it stands for Time Variance Authority, a body responsible for ensuring the timeline isn’t disrupted. That happened when The Avengers-era Loki disappeared with the Tesseract during Endgame’s time-travelling hijinks. On Loki, he’s forced to put the timeline back together, working with Owen Wilson’s Agent Mobius. That’s really what you need to know.

Loki premieres June 9 on Disney+ and Disney+ Hotstar. In India, it will be available in English, Hindi, Tamil, and Telugu.

Is Mi 11X the best phone under Rs. 35,000? We discussed this on Orbital, the Gadgets 360 podcast. Later (starting at 23:50), we jump over to the Marvel series The Falcon and the Winter Soldier. Orbital is available on Apple Podcasts, Google Podcasts, Spotify, Amazon Music and wherever you get your podcasts.

Denial of responsibility! NewsUpdate is an automatic aggregator around the global media. All the content are available free on Internet. We have just arranged it in one platform for educational purpose only. In each content, the hyperlink to the primary source is specified. All trademarks belong to their rightful owners, all materials to their authors. If you are the owner of the content and do not want us to publish your materials on our website, please contact us by email – [email protected]. The content will be deleted within 24 hours.
avengers endgameavengers infinity warbest technology newsdisneydisney plusdisney plus hotstarHiddlestonjourney

‘Olympic gold is the ultimate goal for all of us,’ says India midfielder Rajkumar Pal