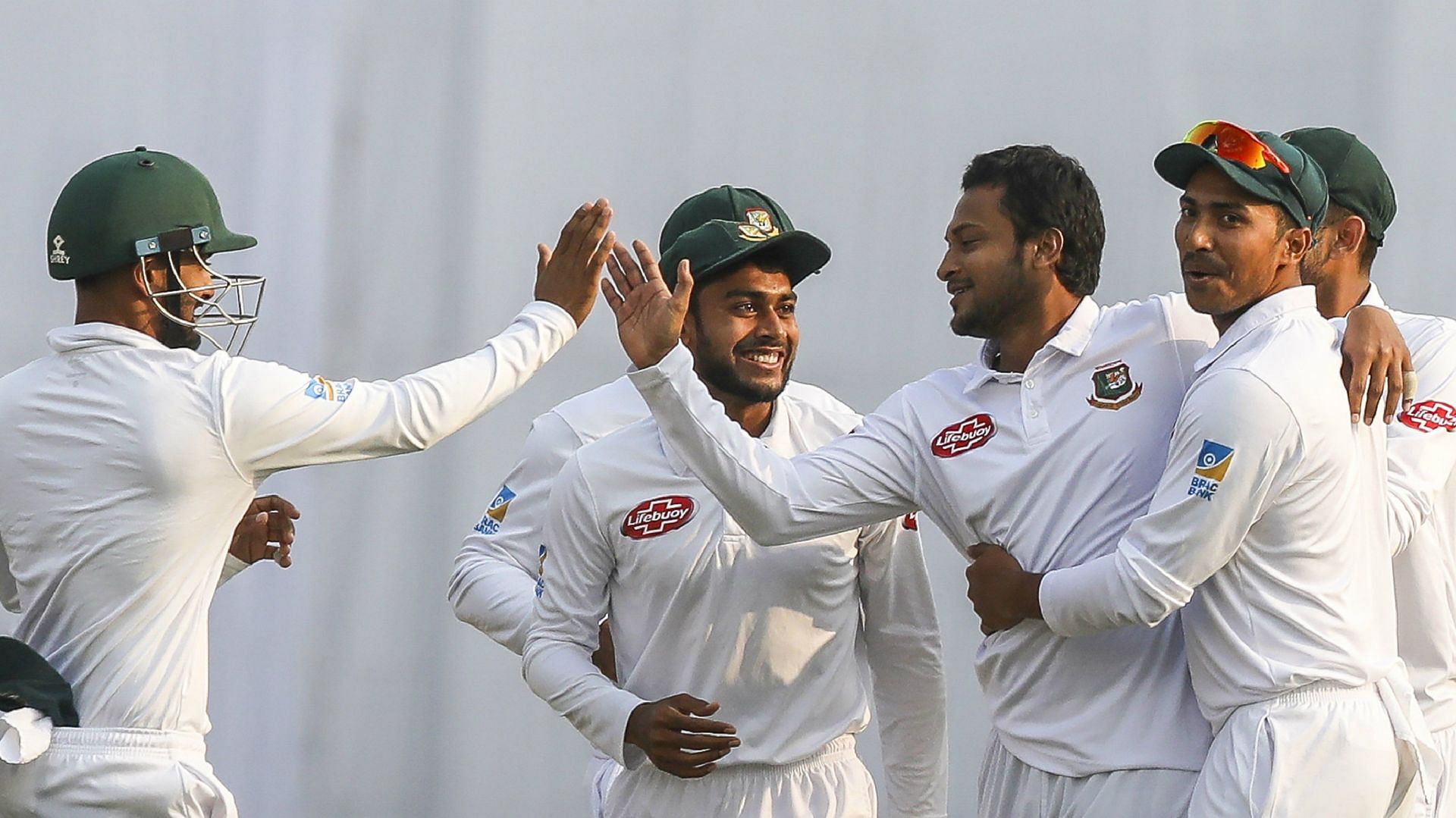 Bangladesh captain Mominul Haque hopes to turn around his team’s fortunes when they take on Pakistan in the first game of a two-match series on Thursday in Chattogram. Haque feels the players must stop worrying about criticism, and focus only on bouncing back in the Tests.

Bangladesh went winless in the T20 leg of the preceding T20I series, losing all three games. Despite winning all three tosses and batting first, the hosts failed to put up formidable scores. Although Pakistan also struggled on the tricky wickets, their superior batting depth saw them home in all three matches.

Speaking ahead of the first Test, Haque said Bangladesh have struggled before and fought their way back. He said that his job is to keep the team together and leave criticism behind.

Haque said in this regard, as quoted by ESPN Cricinfo:

“This is not the first time Bangladesh has gone through such a phase. We have overcome such situations before too. People become mentally weak, because they take outside talk seriously.”

The Bangladesh captain wants his team to shut out the outside noise, and focus on the job in hand, saying:

“My job is to bring back focus from thinking about what everyone is saying, and focusing on our job. We have to back each other. You cannot shut anyone’s mouth, but I think you can shut off your own ears.”

While Pakistan are a formidable Test side, Bangladesh’s task will only get tougher as three of their key players are injured, while one has retired. Shakib Al Hasan, Tamim Iqbal and Taskin Ahmed are unfit, while Mahmudullah has quit the format.

Mominul Haque admits that he has a challenging job ahead of him. However, he expects himself and the other senior players to take on more responsibility. The 30-year old added:

“I don’t want to call it a difficult challenge. ‘Difficult’ has a negative meaning. I don’t want to see it negatively. Tamim bhai gives us good starts that we have often capitalised on. Shakib is two players in one. Taskin has been bowling well recently.”

“We are effectively missing four players. It makes my captaincy a bit more challenging, but Mushfiq bhai and I have to take on the added responsibility.”

The two sides last met in Tests in 2020 when Pakistan beat Bangladesh by an innings and 44 runs in Rawalpindi.

Pakistan’s first Test win by an innings in Pakistan since 2005; against England at Lahore

Bangladesh are yet to defeat Pakistan in Tests in 11 meetings, losing ten and drawing one.

Denial of responsibility! NewsUpdate is an automatic aggregator around the global media. All the content are available free on Internet. We have just arranged it in one platform for educational purpose only. In each content, the hyperlink to the primary source is specified. All trademarks belong to their rightful owners, all materials to their authors. If you are the owner of the content and do not want us to publish your materials on our website, please contact us by email – [email protected]. The content will be deleted within 24 hours.
Bangladesh Cricket TeamBangladesh vs Pakistan 2021Bangladeshsbest sports newsCricketfortunesHaquehopes

Kanpur Test: Shubman Gill on his dismissal – ‘Didn’t expect the ball to start reversing so early’