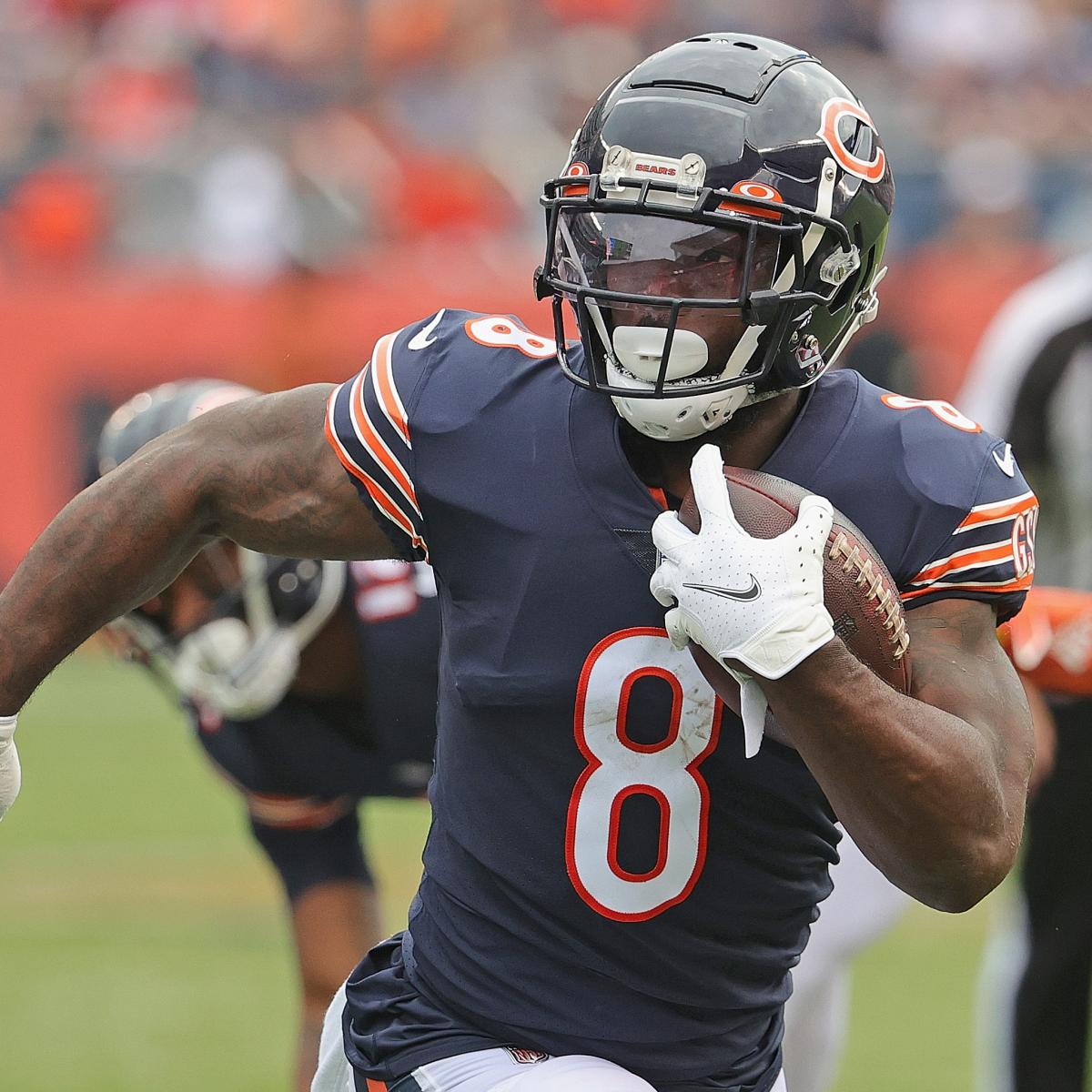 Tyreek Hill paced all scorers in fantasy production by reeling off 11 receptions for 186 yards and three touchdowns in Week 4 of the 2021 NFL season.

For fantasy football managers who paid the draft-day premium to get the Kansas City Chiefs star, this was exactly what they envisioned.

The second-highest fantasy scorer over the weekend was Sam Darnold, who threw for 301 yards and two touchdowns and rushed for another two scores against the Dallas Cowboys. The only fantasy managers who enjoyed his outing were those with the foresight to add the Carolina Panthers quarterback off the waiver wire.

That’s the thing about the waiver wire: It can be a gold mine, but you have to strike in the right place at the right time.

We’ll help you do just that by identifying three of the best waiver-wire targets, available in at least 50 percent of Yahoo leagues, per FantasyPros, for Week 5.

If you’re having trouble explaining Sam Darnold’s success, don’t worry. Everyone is.

You could have filled out 1,000,000 bingo cards before the season, and none would have had the 24-year-old leading everyone—not just quarterbacks, folks; everyone—with five rushing touchdowns through four weeks. For the record, that’s as many as he amassed over his three-year run with the New York Jets.

That’s a long-winded way of saying Darnold’s rushing scores could evaporate at any time, though he could remain in the goal-line mix if Christian McCaffrey sits out again. But you don’t need the signal-caller to sustain this unsustainable rushing production to justify a waiver claim. After all, he has topped 300 passing yards in three consecutive contests and has the sixth-most passing yards overall (1,189).

Now, he’s set to lock horns with a Philadelphia Eagles that surrendered eight passing touchdowns over the past two weeks. Granted, those games were against Dak Prescott and Patrick Mahomes, but right now, Darnold’s numbers can stand right alongside theirs.

Imagine heading to the waiver wire and finding a featured back from one of the NFL’s most run-heavy offenses. Impossible, right?

Not necessarily. The Bears, who have attempted fewer passes than every team but the New Orleans Saints, figure to move Damien Williams up to RB1 status with David Montgomery, who is tied for fourth in carries, staring at a lengthy absence due to a sprained left knee.

Montgomery suffered the injury during the fourth quarter of Chicago’s 24-14 win over the Detroit Lions on Sunday, after tallying 106 yards and two scores on 23 carries. Williams was the next man up and promptly turned his eight carries into 55 yards and a score, and he caught both of his two targets for another 15 yards.

While the 29-year-old doesn’t get to beat up on Detroit again, he does get another favorable matchup this weekend. The Bears are headed toward a road tilt with the Las Vegas Raiders, who have allowed the seventh-most fantasy points to the running back position so far, per NFL.com.

It’s never easy to tell exactly when to buy into a breakout.

Saying that, consecutive games with big numbers are hard to miss, especially when they’re delivered by someone catching passes from Dak Prescott.

Fresh off a six-catch, two-score outing in Week 3, Dalton Schultz got busy again in Week 4. This time around, he turned a season-high eight targets into six receptions for 58 yards and a score.

This was the third time in four games the 25-year-old has been targeted at least six times; and after hauling in 20 of the 23 balls thrown his way, that number should only continue to climb.

Schultz should be primed for another good showing with a Week 5 matchup against the New York Giants, who have allowed the fifth-most fantasy points to tight ends, per NFL.com.

Denial of responsibility! NewsUpdate is an automatic aggregator around the global media. All the content are available free on Internet. We have just arranged it in one platform for educational purpose only. In each content, the hyperlink to the primary source is specified. All trademarks belong to their rightful owners, all materials to their authors. If you are the owner of the content and do not want us to publish your materials on our website, please contact us by email – [email protected]. The content will be deleted within 24 hours.
best sports newsfantasynews update sportsnewsupdatePickupssleeperssports newssports update