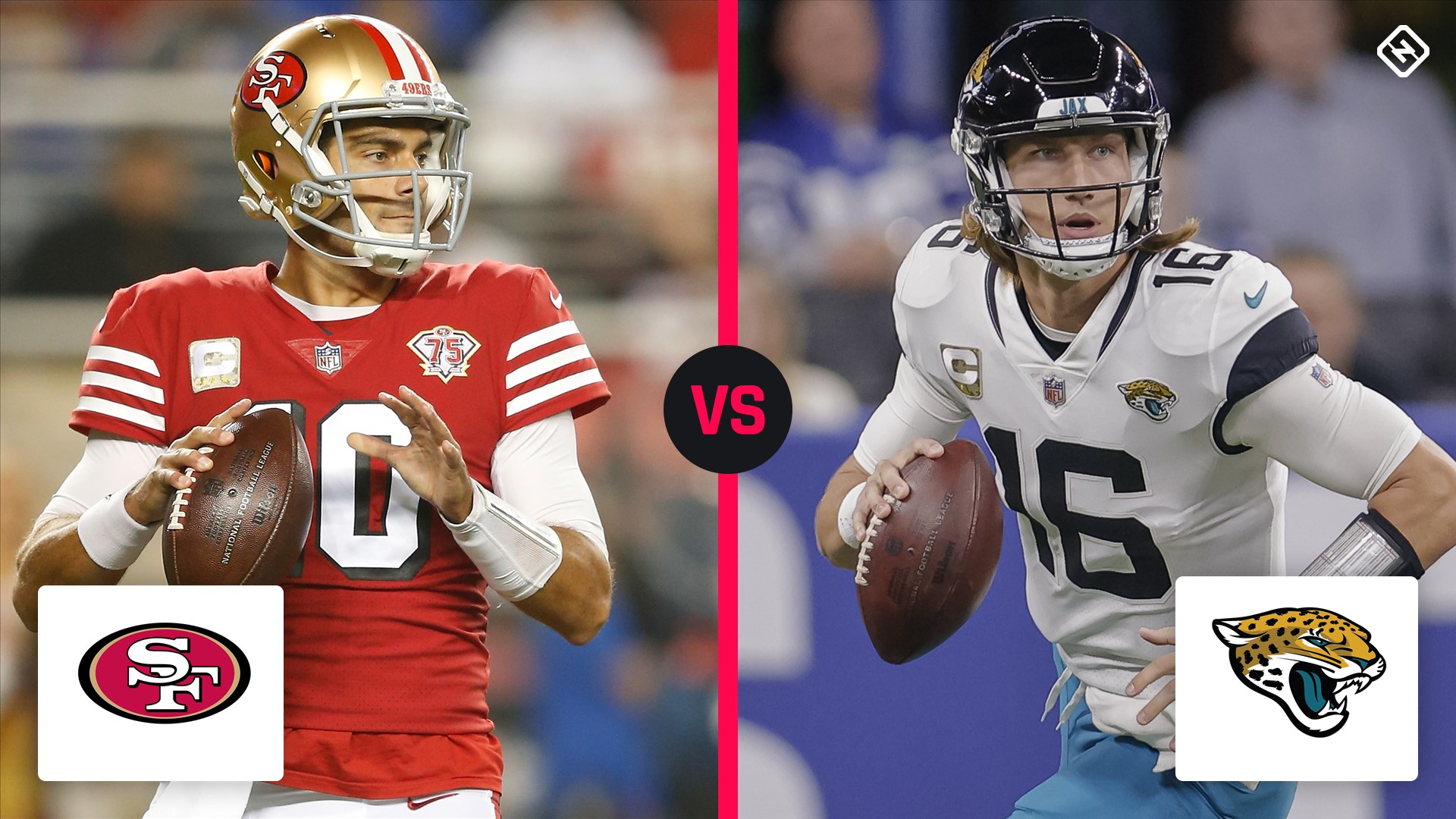 What channel is 49ers vs. Jaguars on today? Time, TV schedule for NFL Week 11 game

Could the San Francisco 49ers be getting healthier at the right time? After a tough loss to the Cardinals two weeks ago, they trounced the Rams on “Monday Night Football.” Jimmy Garoppolo threw the ball just 19 times in a 31-10 win, the 49ers suddenly have found themselves in the thick of the Wild Card race at 4-5. The Rams have lost their last two, and they go up against the rolling Green Bay Packers on Sunday.

The Niners, meanwhile, will have the Jacksonville Jaguars, an embodiment of “Any Given Sunday.” After grinding out a win over the Bills, they fell to the Colts 23-17 in a game that wasn’t as close as the score indicates. The Jaguars, however, are proving to have some serious fight in them this season, so perhaps this could be a stumbling block for the 49ers after an emotional win.

Deebo Samuel has emerged into one of the most effective offense weapons in the NFL. In addition to catching a touchdown and receiving for nearly 100 yards on Monday, he carried the ball for another 36 yards and a rushing touchdown. Kyle Shanahan has schemed him into nearly every offensive package the 49ers have, and it’s paying dividends. While Cooper steals headlines for his reception totals, Samuel is averaging nearly five more yards per catch, and he’s second in the league in receiving yards.

The Jaguars, meanwhile, haven’t quite found their offensive identity under Urban Meyer and Trevor Lawrence, but Lawrence has learned to mitigate his mistakes. After opening his career with three straight multi-interception games, Lawrence has just two picks in his last five games. While he’s not setting the world on fire numbers-wise, he’s keeping the Jaguars in games for the most part. Now he needs to contribute to winning them.

Here’s what you need to know to watch 49ers vs. Jaguars this Sunday, including kickoff time, TV channels, and the full Week 11 NFL schedule.

What channel is 49ers vs. Jaguars on today?

49ers vs. Jaguars will be broadcast regionally on Fox affiliate channels. This game will be called by Chris Myers and Daryl Johnston, with Jennifer Hale on the sidelines reporting.

You can find the 49ers’ away broadcast on SiriusXM channel 380, while the Jaguars’ home broadcast airs on channel 225.

In Canada, viewers can watch 49ers vs. Jaguars on DAZN, which includes every NFL game as part of a 30-day free trial.

49ers vs. Jaguars is scheduled to start at 1 p.m. ET (10 a.m. PT) on Sunday, Nov. 21. This game will be localized to the Jacksonville and Northern California markets.

Denial of responsibility! NewsUpdate is an automatic aggregator around the global media. All the content are available free on Internet. We have just arranged it in one platform for educational purpose only. In each content, the hyperlink to the primary source is specified. All trademarks belong to their rightful owners, all materials to their authors. If you are the owner of the content and do not want us to publish your materials on our website, please contact us by email – [email protected]. The content will be deleted within 24 hours.
49ersbest sports newschannelGameJaguarsnews update sportsnewsupdateNFL

The Zion Williamson injury saga: A complete timeline of what happened, how it has impacted New Orleans Pelicans, and the latest on Zion’s return