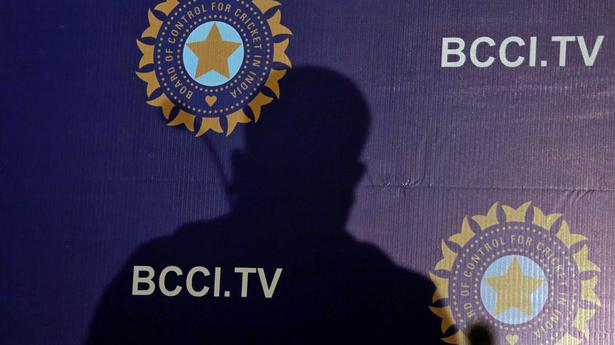 What explains the BCCI bonanza on IPL media rights?

Why has digital streaming rights garnered higher numbers in the auction? How has the league’s value improved?

Why has digital streaming rights garnered higher numbers in the auction? How has the league’s value improved?

The story so far: The Board of Control for Cricket in India (BCCI) had floated a tender for awarding the media rights for IPL’s broadcast from 2023 to 2027. The rights — categorised separately for the first time for television and digital platforms — were sold for a combined sum of ₹48,390 crore from the ₹17,110 crore that the previous cycle offered. While Disney Star paid ₹23,575 crore to acquire television rights for the Indian sub-continent, the Viacom 18 group shelled out ₹23,758 crore for digital rights. The rest of the world rights were split between Viacom 18 and Times Internet Ltd. for a combined sum of ₹1,057 crore.

Why have TV and digital rights been split?

Sensing that consumption of IPL on digital platforms will increase by huge numbers in future, the BCCI tried to keep ahead of the market trend to bet big on digital. The fact that the digital rights for the Indian subcontinent have fetched more revenues to the BCCI than the same through TV rights underlines that the decision to split the rights, along with that of conducting an e-auction, has turned out to be a masterstroke.

Does this mean IPL will have more games in the next five years?

Yes. In fact, the BCCI’s clarification to potential bidders about increase in the number of games also resulted in its additional revenue. For now, the BCCI has announced that the IPL will witness 410 games from 2023 to 2027. Just like the 2022 edition, the next two years (2023 and 2024) will have 74 games. In 2025 and 2026, the IPL will stage 84 games per season, with each team playing at least 16 games, instead of the existing 14. Come 2027, and the total number of games will further increase to 94, with every team set to feature in at least 18 games.

The IPL revenue model is based on 50% of the central revenue pool being divided equally among the franchises. The revenue pool primarily includes the franchisee fees (for two teams), the media rights revenue and the central sponsorship revenue. The central revenue pool for the next five years is estimated at ₹60,000 crore, which tallies to ₹12,000 crore annually. It means half of it — approximately ₹6,000 crore — will be divided among the existing 10 franchises. An assured average annual revenue of ₹600 crore for franchise owners will be more than double than that for the 2022 edition, estimated to be approximately ₹275 crore.

Does that mean the players will also get richer?

Yes, but not proportionately. In 2022, the IPL had a cap of ₹90 crore for each franchise to assemble a squad comprising a maximum of 25 players. The cap is set to rise to ₹95 crore in 2023 and ₹100 crore in 2024. The modus operandi of squad development in itself may change thereafter. It means that the players will definitely get richer but not as much as is anticipated.

Will IPL have more teams now?

With the BCCI set to get a longer window for the IPL from now on, besides relaxing the schedule a little bit, the scale at which the media rights have been sold has already led to murmurs within the BCCI of the need to increase the number of teams from 10 to 12 in 2027, if not in 2026.

Why did falling TRPs not have too much of an impact on the sale of media rights?

The TRPs calculated through a conventional method in India do not include the digital outreach numbers. Moreover, the TRPs were bound to fall — with COVID-19 restrictions being lifted, a majority of families preferred to step out during the summer holidays rather than being forced to enjoy an IPL game at home in the evenings.

The introduction of two separate broadcasters for IPL in India for television and digital platforms may result in increased burden on IPL fans. It will be interesting to see how the BCCI uses the additional revenue. The need of the hour is to strengthen the feeder-line for men’s cricket, especially domestic cricketers, age-group cricketers, match officials and scores of State association foot-soldiers. Besides, the BCCI needs to ensure that there is a robust financial model for the women’s game across levels. The BCCI’s announcement of increasing pension for those who retired before 2004 is certainly welcome. But experts say that’s far from being enough.

Denial of responsibility! NewsUpdate is an automatic aggregator around the global media. All the content are available free on Internet. We have just arranged it in one platform for educational purpose only. In each content, the hyperlink to the primary source is specified. All trademarks belong to their rightful owners, all materials to their authors. If you are the owner of the content and do not want us to publish your materials on our website, please contact us by email – [email protected]. The content will be deleted within 24 hours.
BCCIbest sports newsbonanzaExplainsIPLIPL digital rights for the Indian subcontinentipl media rightsipl tv rights

Kentucky’s Shaedon Sharpe Before NBA Draft: I See Myself as 1 of Basketball’s GOATs

Jose Ramirez Ruled out for Guardians vs. Dodgers with Thumb Injury