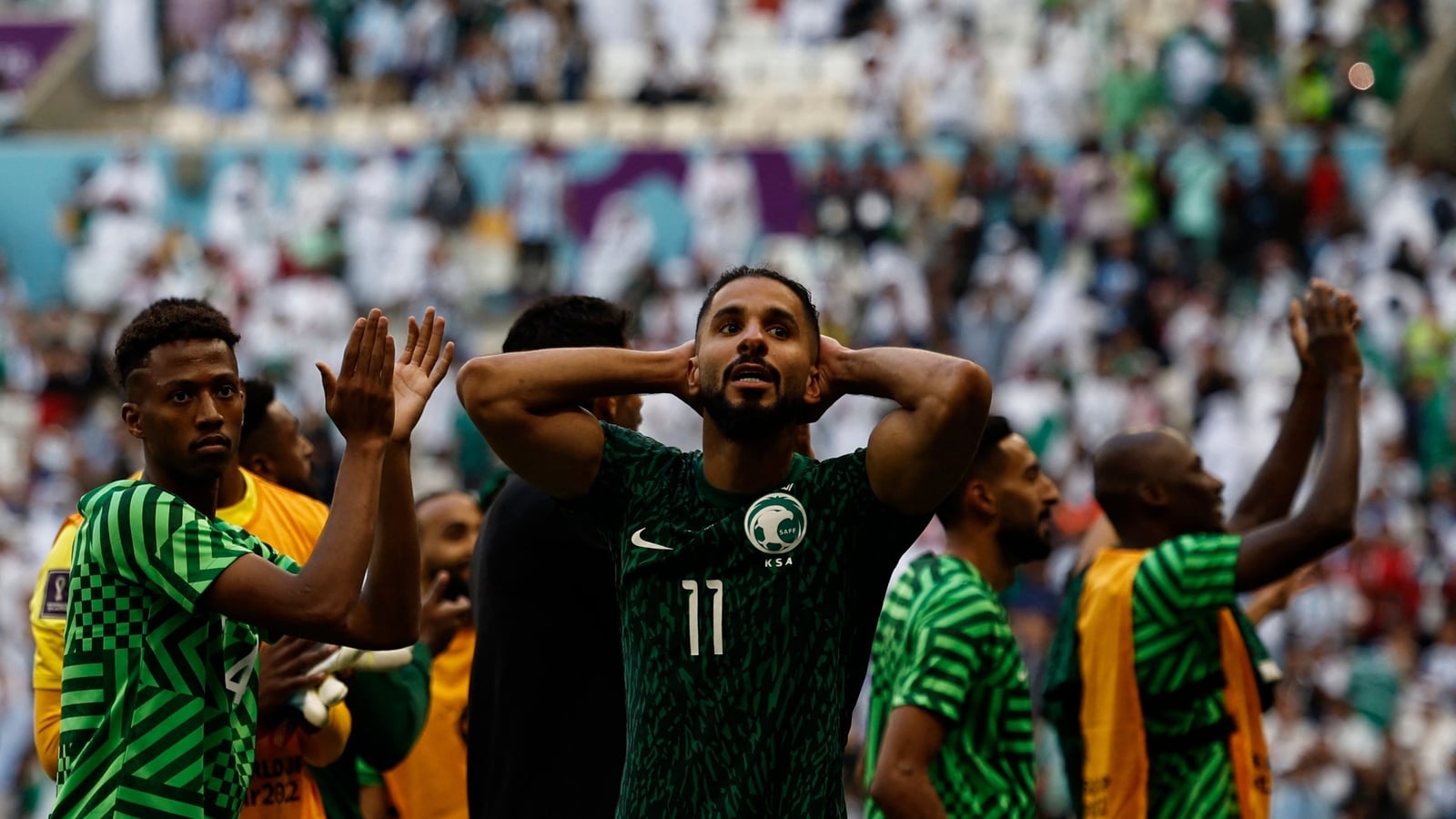 How many of the Canadian players have you heard of? Most people have heard of maybe one — Alphonso Davies, who plays for Bayern Munich. But they showed that football, even if you are facing the world’s second-best team, is not about the individual. Rather, it is about the team.

The high-press, the fitness, the running, the joy with with they expressed themselves on the pitch — it was impressive to watch. If only their finishing was better. God alone knows how Belgium won that match.

The first round of matches is done and, as we see in every World Cup, there have been some surprises along the way. None bigger than Argentina losing to Saudi Arabia and Germany losing to Japan.

Germany and Argentina were similar, yet different. Germany had chances but they couldn’t kill the game. But Argentina, they didn’t look good. The tactics we had seen from them in their last five games — the long balls came in, instead of their usual short passes and it didn’t work. It felt like Argentina disappeared.

It wasn’t just Germany and Argentina doing something wrong though. The gap between teams in international football has definitely lessened. The refereeing is different, the level of play is different, the data teams rely on is different. You can prepare better.

Saudi Arabia and Japan have worked very hard for this moment and they have worked hard in very different ways. Saudi, with a team made up purely of domestic players, and Japan, with a team that is loaded with players that play in Europe. But they were both brave when they needed to be.

Before you asking whether India can do a Saudi, take into account what the latter have done to reform their system. There is great passion for the sport, the government is investing huge amounts into the sport, they are bringing top international players into the Pro League and the salaries that their footballers get are among the best in the business.

For India, to do all of that, will take time but the important thing is mindset. You need to be positive and always go out to win. Do that first and then make sure out footballers are playing more football. Then, you add more power, muscle and strength.

In the next World Cup, we will have 48 teams (as against the 32 in 2022) and right from the start, that has been our focus. That is why right from the start of my stint we have been pushing youngsters, giving experience to as many as possible, letting them mature because with places from Asia increasing to 9, we have a more realistic chance.

But we need a longer season. Without that, it won’t happen. It is difficult to compete when you just aren’t playing enough. More matches mean experience, competitive football, strength, decision making, situational awareness, muscle quality and so much more becomes better. There are some things you can’t learn in practice. You have to do it every week in matches with somebody gunning for you. It all starts from there. It is the base upon which you build.

Takeways from first round of matches

I expected more from Africa but none of the teams have looked like they will get past the group stage. The Asian sides have been a nice surprise, showing perhaps that the climate and the host suits them. But Qatar, given how much they have invested in the game, have been disappointing. Not because they lost but because of how they lost. No disprespect to Ecuador but the hosts needed to show more.

But we also saw many boring games, as expected. Teams playing safe football, getting a feel for the conditions and not showing any intention to win. France, however, shook off their troubles and turned in a match that makes them favourites again.

Antoine Griezmann has been so big for them. He connects the lines for them and makes them work. In a sense, France are like Brazil, so many world-class players, speed on the flanks and even when Australia scored first, they just shrugged it off… like it was nothing. When they were playing, everything seemed so easy.

All in all, it sets us up for a very exciting second week. Will we see some of the bigger sides resurrect their chances or will they meet their doom?

— Igor Stimac is coach of the Indian men’s football team. He was a member of the Croatia team that finished third in the 1998 World Cup

Denial of responsibility! NewsUpdate is an automatic aggregator around the global media. All the content are available free on Internet. We have just arranged it in one platform for educational purpose only. In each content, the hyperlink to the primary source is specified. All trademarks belong to their rightful owners, all materials to their authors. If you are the owner of the content and do not want us to publish your materials on our website, please contact us by email – [email protected]. The content will be deleted within 24 hours.
ArabiaArgentinabest sports newsBraveryFIFA World CupIndiajapanjapan vs germany

Get The Skyrim Library Book Set At A Massive Discount