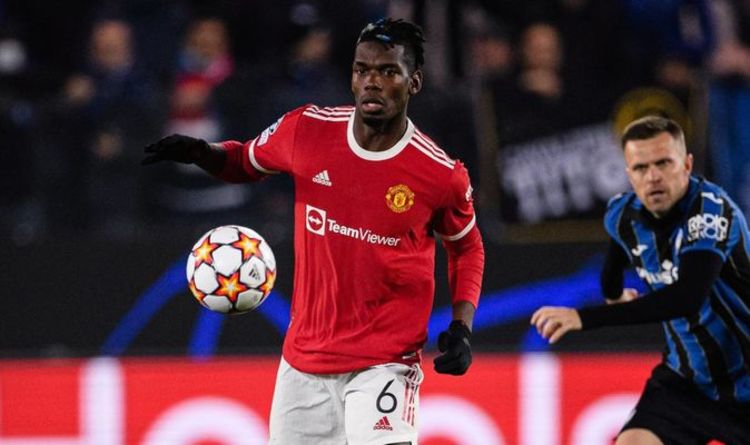 Ralf Rangnick had very clear instructions for Paul Pogba after another injury setback. The Manchester United star appears to be on his way out with his contract expiring at the end of the season.

United star Pogba has suffered another injury setback which will see him sidelined for a further month.

The France international will be out of contract at the end of the season and it appears that his career at Old Trafford will be ending with a whimper.

However, he has ramped up his efforts to get fit and has spent time in Dubai recovering at specialist facilities.

He has also increased his training load and has been working with United’s conditioning coaches while it has been noted that his recovery has gone better than expected.

The £89m man will rejoin Rangnick’s first-team squad prior to the end of the month but will still need some time to get match fit.

It comes after an injury-ravaged campaign, which has restricted the Frenchman to just nine Premier League appearances – the last coming in October – though he has still registered seven assists in that time.

But while the Red Devils toil, Rangnick has told Pogba that he will not rush him back and will allow him to fully recover before bringing him back to the matchday squad, report the Mirror.

The 28-year-old’s future remains in the balance with his contract expiring at the end of the season.

It means that the former Juventus star is now free to speak to foreign clubs over a pre-contract agreement while the likes of Real Madrid and Paris Saint-Germain have been interested in the past.

However, Pogba has told Rangnick that he has no intention of downing tools and is fully committed to getting United back into the top four.

Furthermore, he does not expect to make a decision on his future until the summer – though his agent Mino Raiola will still be working to find the best deal.

Whether Pogba decides to stay at Old Trafford remains to be seen while as he prepares to turn 29 in March, this could be his last chance at a big contract.

But that will largely depend on his fitness after an injury-stricken year, while he suffered his hamstring issues while on international duty.

On the subject of the Frenchman’s situation, Rangnick said: “As far as I know, I was told a week ago, it would be a minimum of at least another four or five weeks before he is fit for training again.

“I saw him this morning before the training session, he was in the locker room, and I hope he will be back as soon as possible.”

Denial of responsibility! NewsUpdate is an automatic aggregator around the global media. All the content are available free on Internet. We have just arranged it in one platform for educational purpose only. In each content, the hyperlink to the primary source is specified. All trademarks belong to their rightful owners, all materials to their authors. If you are the owner of the content and do not want us to publish your materials on our website, please contact us by email – [email protected]. The content will be deleted within 24 hours.
aheadbest sports newsinjuryMannews update sportsnewsupdatePaulPogba