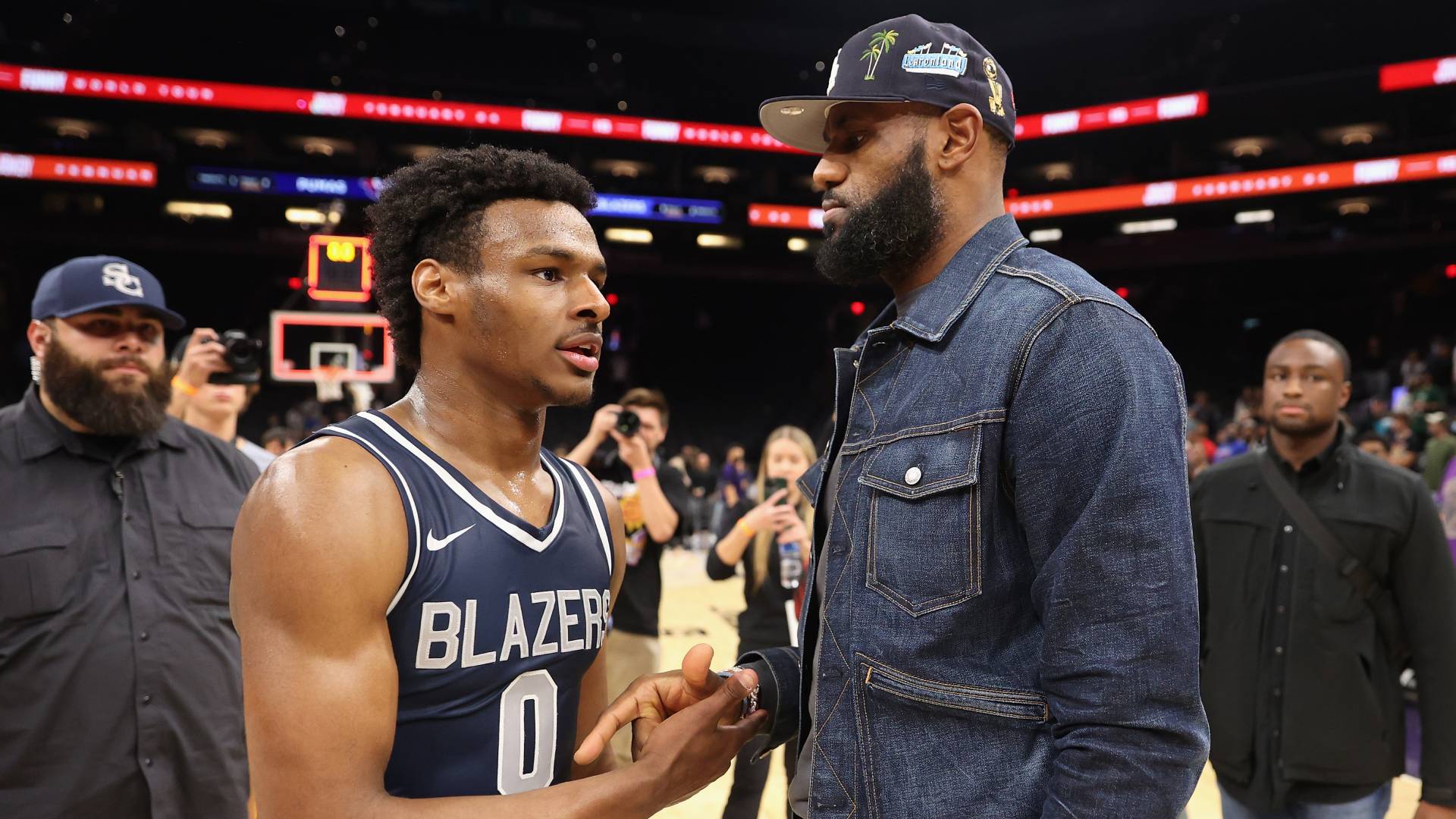 When can Bronny James play in the NBA? Eligibility timeline for LeBron’s son to enter NBA Draft

While Lakers superstar LeBron James continues his tear of unprecedented greatness in his 19th NBA season, his son, Bronny, has begun to forge a path of his own.

Bronny, a 17-year old high school junior at Sierra Canyon School in Chatsworth, Calif., is making a name for himself as an elite prospect. A 6-foot-3 combo guard, Bronny is considered the 38th-best prospect in the Class of 2023, according to 247Sports.

20 years after his dad was captivating national audiences as a high school junior, Bronny is doing the same for a nationally-ranked Sierra Canyon team. So what’s next?

MORE: Five times LeBron proved he was a generational talent in high school

Given Sierra Canyon’s national presence, the team is being profiled on Uninterrupted’s “Top Class,” which streams on IMDb TV. On a recent episode, James and his wife, Savannah, were asked of their hopes for Bronny’s future, to which LeBron responded “I want him to get to the NBA … I want to be on the court with him, I think that would be an unbelievable moment.”

LeBron’s proclamation begs the question of whether or not it would be possible for the two to actually share the court. While LeBron is showing no signs of slowing down, how many years will it be until Bronny is eligible to join his dad in the NBA?

When can Bronny James play in the NBA?

How old is Bronny James?

To be eligible for selection in the NBA Draft, a player must be at least 19 years of age during the calendar year in which the draft is held and at least one year should have elapsed since the player’s graduation from high school.

Could Bronny James enter the draft earlier than 2024?

Hypothetically speaking, Bronny’s birthdate would allow him to enter the 2023 NBA Draft if he were to reclassify and graduate from high school in 2022. From there, he could enroll to play at a prep school, a college or sign with a non-NBA team such as the G League Ignite for the 2022-23 season.

How tall is Bronny James?

A combo guard, he is capable of playing both the point and shooting guard positions.

What are Bronny James’ college offers?

According to Eric Bossi of 247Sports, Bronny is believed to have received interest from Duke, Ohio State, Tennessee and Texas among other schools.

ESPN, which pegs Bronny James as the 49th-best recruit in the Class of 2023, shows that he has received a scholarship offer from John Calipari and the University of Kentucky.

Denial of responsibility! NewsUpdate is an automatic aggregator around the global media. All the content are available free on Internet. We have just arranged it in one platform for educational purpose only. In each content, the hyperlink to the primary source is specified. All trademarks belong to their rightful owners, all materials to their authors. If you are the owner of the content and do not want us to publish your materials on our website, please contact us by email – [email protected]. The content will be deleted within 24 hours.
best sports newsBronnyDrafteligibilityEnterJamesLeBronsNBA

India vs England Live Streaming, How to watch Today Ind vs…