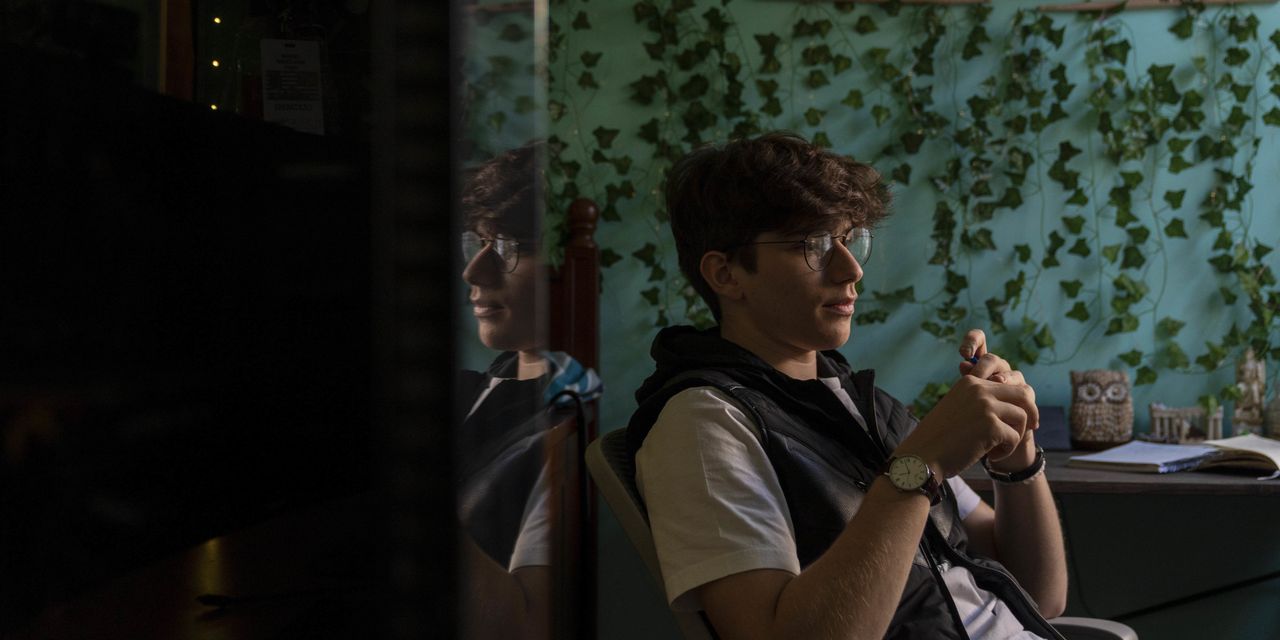 When Kids Exclude Peers From Group Chats and Texts, Is It Bullying?

Growing up means being left out sometimes, especially when friends splinter into new social groups during middle school and teen years. With group chats and social media, kids can more easily see when they’re not part of the crowd.

Exclusion can result in hurt feelings, even when there’s no malicious intent behind it. But educators, pediatricians and researchers say online exclusion can be overt, particularly in group texts or chats on whatever platform teens use to communicate and make plans, be it Apple’s iMessage,

Columnist Julie Jargon, a mother of three, helps families find answers and address concerns about the ways technology is impacting their lives.

These experts say they’ve been seeing more of this since the pandemic, as more of kids’ lives shifted online. Digital exclusion can be more insidious than overt forms of bullying that involve teasing and threatening, they say.

“Rather than sending a mean message, what teens are doing more now is excluding people, including by creating a parallel group chat to talk about one person without that person in it,” says

He’s the associate head of school at Buxton, a small Massachusetts boarding school I profiled for its recent smartphone ban. One reason for the ban was this specific behavior, he adds.

Schools have made antibullying campaigns a priority, so most kids now recognize what constitutes bullying. But online exclusion is harder to discern, call out and punish, and the targets often feel ashamed about it, according to experts.

Being left out of a text chain or group chat can freeze kids out of online conversations that help cement social bonds. Parents who want to help might not know about the group conversations in the first place or understand who’s missing from them. And missing chats can lead to in-person exclusion because that’s where kids now make plans.

No child—or adult—will be included all the time. But when someone is intentionally being isolated, families can take steps to address it. (More on that below.)

a 16-year-old in Los Angeles, says he has been kept out of group chats. He remembers hearing friends talk about the fun they’d had playing paintball over the weekend and realizing he hadn’t been invited. Other times, he’d see social-media posts of parties he didn’t know about.

Joseph says he’s also been left out of playing videogames with friends. When he’d message them about joining a game, he’d be ignored.

“Is there something socially wrong with me? Am I not good enough? Am I not normal?” he recalls wondering.

Joseph says being excluded took a toll on his self-esteem. He says he knows that he can be socially awkward, even nerdy, and that other kids his age are better at communicating online. “People would tell me I was a dry texter, that I would seem uninterested when I texted,” he says.

Joseph, who notes that he always had an easier time talking to older teens and adults than to people his own age, decided he’d had enough of high school. He finished early, enrolled in a community college, and hopes to transfer to a four-year university in fall 2024.

Though hurt, he says he doesn’t hold grudges against classmates. He’s come to embrace what makes him unique, even if it means not always fitting in. “I’m a nerd and I love it,” he says.

Joseph Olkha says some people have described him as a ‘dry texter’ who doesn’t show interest in text messages.

Not everyone is so resilient. Researchers from Children’s Hospital of Philadelphia in June released a study showing that cyberbullying—bullying that takes place on chat and social-media platforms rather than the playground—is associated with suicidal thoughts among adolescents who have been targets. The study’s authors recommend doctors screen children for cyberbullying like they do for depression.

a 15-year-old high-school sophomore in Westchester County, N.Y., says exclusion from group chats became more apparent during Covid-19. She would sometimes have Zoom calls with friends after school, but noticed at other times that her friends’ contact status indicated they were on Zoom calls without her.

“It’s very easy to feel left out,” she says.

She says bullying that doesn’t involve insults can be explained away by the people doing it, which makes it difficult to flag to grown-ups. For example, if an adult gets wind of a group chat and asks kids why someone wasn’t included, they can say it was an oversight.

What do you think is the best way to address online exclusion? Join the conversation below.

Kids who intentionally leave others out often don’t come across as cruel, and are often liked by teachers, says

chief executive of Committee for Children, a nonprofit provider of social-emotional learning curricula.

At the end of Laurel’s eighth-grade year, students had to deliver a speech on something they felt passionate about, and she chose to talk about what she calls passive-aggressive bullying, or “under-the-radar bullying.”

When she surveyed her fellow eighth-graders, most respondents said they’d been bullied in a subtle way, while some said they’d witnessed such treatment but hadn’t stopped it.

Recognizing and Dealing With Bullying

Exclusion can hurt even when it’s part of normal childhood development and socializing. But when kids intentionally and repeatedly exclude someone from online groups, with the purpose of making that child feel bad, it can be considered bullying, says Ms. Lovanhill.

Several antibullying organizations, including Stopbullying.gov, which is managed by the U.S. Department of Health and Human Services, recommend teaching kids how to be “upstanders,” by stopping or reporting bullying when they see it. For example, when teens notice that a friend has been left out of a group chat, they can ask why that person is missing, and suggest adding them.

Laurel Aronian says when she has a hard time dealing with being excluded, she focuses on hobbies like chess and music. “It lets me put energy into improving at something I have control over,” she says.

She’s also made it a priority to be inclusive herself. When she meets new people in her chess club, for example, she makes sure to invite them to the club’s group chat, of which every member is a part.

“The only way to combat bullying is by being nice,” she says.

—For more Family & Tech columns, advice and answers to your most pressing family-related technology questions, sign up for my weekly newsletter.

Denial of responsibility! NewsUpdate is an automatic aggregator around the global media. All the content are available free on Internet. We have just arranged it in one platform for educational purpose only. In each content, the hyperlink to the primary source is specified. All trademarks belong to their rightful owners, all materials to their authors. If you are the owner of the content and do not want us to publish your materials on our website, please contact us by email – [email protected]. The content will be deleted within 24 hours.
best technology newsbullyingchatscommunityexcludegeneral newsGroupJoseph Olkha

Google Map gets new features: Search with live view among others