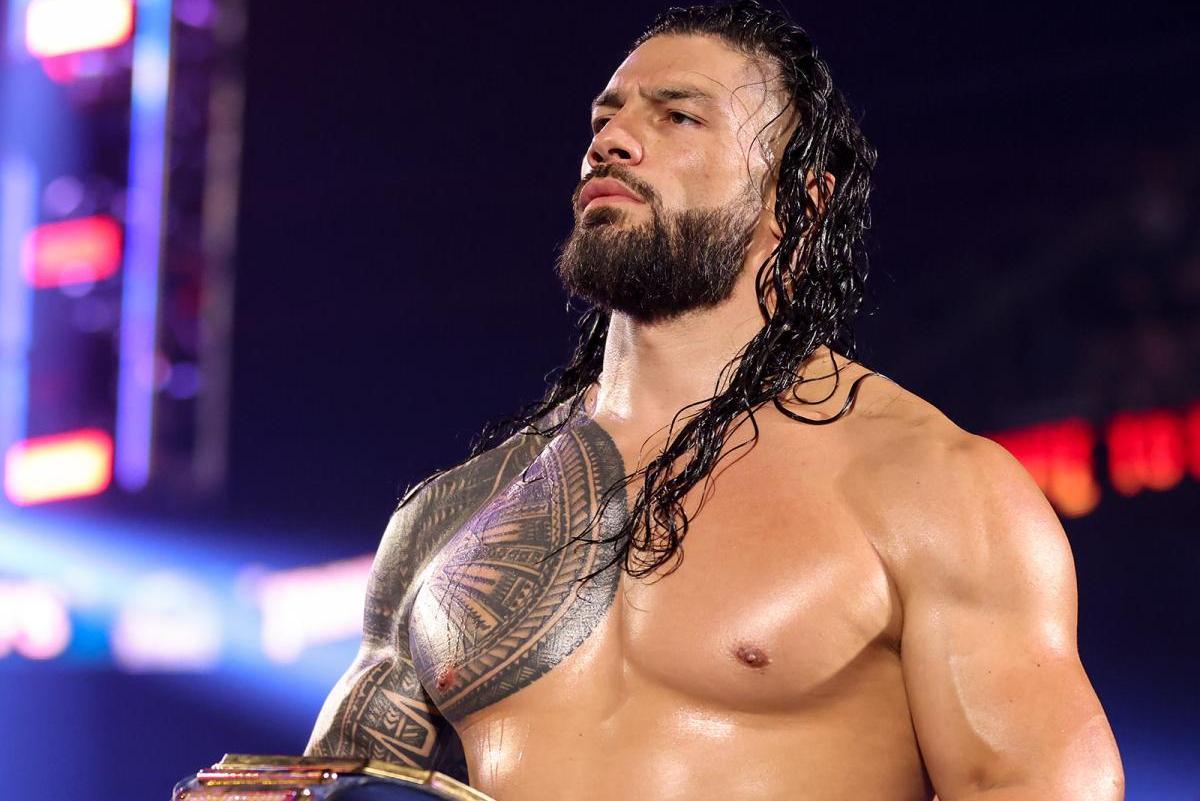 WWE can’t seem to win, the latest example being Sunday night’s Survivor Series main event that featured Roman Reigns getting a win over Big E in a Champion vs. Champion showdown.

This time, WWE went out of its way to book a smart match that made both guys look great and managed to actually avoid a dirty finish.

But The Rock didn’t show up, which left fans disappointed after endless teases.

Teases, because The Rock showing up to finally take on Reigns in a family blood feud after the current Universal Champion has ran through the rest of WWE is clearly where this long-term storyline continues to go.

And Sunday night, WWE leaned hard into the idea of The Rock for his 25th Anniversary at Survivor Series. There were seemingly endless video packages chronicling the legend’s first stop at the annual pay-per-view, never mind where he proceeded to go on from there.

So much so, Vince McMahon even got involved in some silly cross-promotion for Rock’s new movie, Red Notice. He showed up with a prop from the movie in the form of a golden egg, claimed it was worth hundreds of millions, then had several backstage segments with it, at one point even sitting down with Reigns himself to discuss it.

*The Rock not included

The overtures were very clear and frankly, what better way to finish off a poorly-built show, besides Charlotte Flair vs. Becky Lynch, than to have Rock come out and scold Reigns?

It’s all unfortunate because the match itself was outstanding. And kudos goes to WWE—most probably thought they would do a dirty finish in some fashion in order to protect the loser, if they named a winner to the main event at all. Paul Heyman, the Usos and others didn’t mess with what was a thrilling main event, instead.

But Reigns and Big E made it work, going out of their way to sell the threat of the latter. He’s a relative newcomer on the scene to the main-event stage and the audible trash talking and even shaking off Superman Punches to Reigns’ dismay was fantastic.

Instead of some silly finish, the Superstars worked in smart storytelling, that being Big E’s hurt leg. It ultimately cost him the match, which made Reigns look smart and gave off the aura that the loser would’ve stood a better chance, all things equal.

Unless Reigns is the one who “stole” the egg and that leads to Rock showing up next week during a weekly broadcast, the event honoring the legend’s 25 anniversary will get remembered as one that missed a big opportunity and was more silly marketing gimmick than anything else.

Looking ahead, things will go back to a normal routine, for better or worse. WWE’s booking for characters is cause for concern that Big E might not ultimately benefit from the rub given Sunday night. And Reigns, being one of the only guys to win for SmackDown during the event, will get to go on talking about carrying the brand while surging toward another showdown with Brock Lesnar.

Had WWE made good on the teases and had Rock show up to at least express his disappointment in his cousins behavior, fans would’ve still been thrilled. It would’ve been an electric moment and sure, Reigns-Lesnar is this year’s WrestleMania, but the seeds for a real Rock return and feud would have been planted.

It’s hard to recall an event from WWE like this where a returning star would make loads of sense for current storylines, then had an entire event in his or her honor, only for that star to just…not be a part of the event.

It almost felt like WWE wasn’t sure how to handle it all, either. There was plenty of pre-show speculation that wondered whether Flair vs. Lynch or what ended up being the main event would actually close the show. Call it another lose-lose—if Flair and Lynch close the show (they probably should have), there’s likely a fan expectation that something wild like a Ronda Rousey return could be in the cards.

In a way, it was a fitting way for the show to end. WWE botched the build to all but one match, seemingly at random throwing names into matches while trying to promote this idea that “brand superiority” matters just a little while removed from a draft that reshuffled the rosters.

And the tease—not just the poor build for an annual event that continues to be an afterthought—might have played a large part in what was a flat Barclays Center crowd for most of the night as fans waited for a potentially epic pop that just never happened.

Like anything, WWE can squeeze its way out of this issue from a booking perspective and eventually get the Rock involved. But it’s a shame a stunning display by Reigns and Big E will remain overshadowed by a tease that never came to fruition.

Denial of responsibility! NewsUpdate is an automatic aggregator around the global media. All the content are available free on Internet. We have just arranged it in one platform for educational purpose only. In each content, the hyperlink to the primary source is specified. All trademarks belong to their rightful owners, all materials to their authors. If you are the owner of the content and do not want us to publish your materials on our website, please contact us by email – [email protected]. The content will be deleted within 24 hours.
best sports newsFallsFlatGreatnews update sportsnewsupdateseriessports news