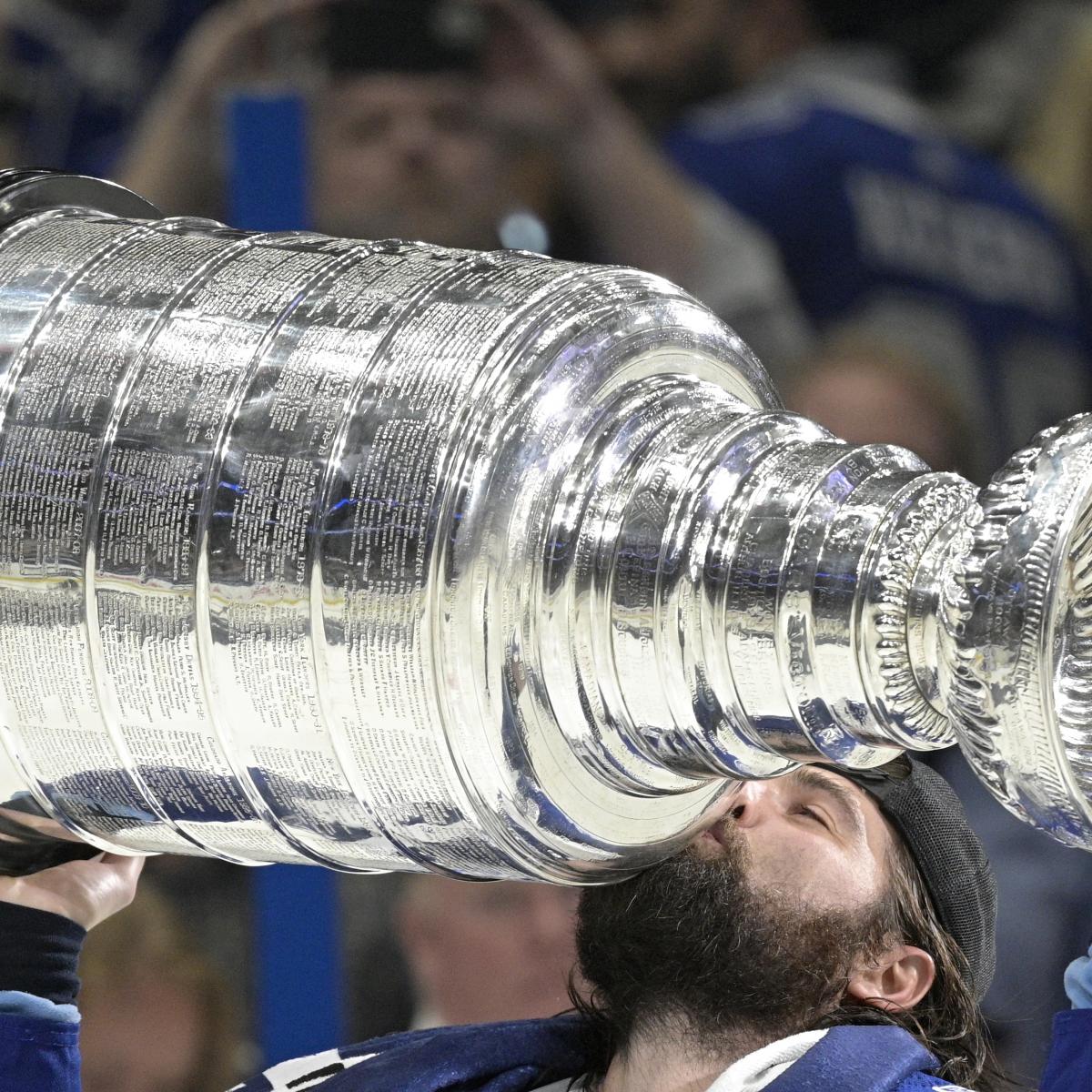 Why Each NHL Playoff Team Won’t Win the Stanley Cup

The 2022 NHL Stanley Cup playoffs are underway as 16 teams begin their quest to win hockey’s greatest prize. Only one will be hoisting the big mug by the time the Stanley Cup Final ends in late June.

Last week, we examined the reasons why each of this year’s postseason clubs has a chance at winning the Cup. This week, we’ll look at each of their flaws that could derail their championship dreams.

For some, it’s a lack of scoring punch. For others, a porous defense or inconsistent goaltending. Injuries to key players or individual performance slumps could also be costly.

We’ve broken this list down by each team’s placement in their respective divisions at the end of the regular season. As always, you can express your views on this topic in the comments second below.

Goaltending could be a question mark for the Florida Panthers, who haven’t won a playoff series since 1996. Sergei Bobrovsky has won only one postseason series while Spencer Knight had just two playoff games under his belt entering this postseason. Top defenseman Aaron Ekblad could be rusty after returning from a lower-body injury. Their faceoff win percentage (48.2) ranked 22nd overall.

Speaking of teams with long postseason droughts, the Toronto Maple Leafs’ last series win was in 2004. Core players Auston Matthews, Mitch Marner, William Nylander, John Tavares and Morgan Rielly will feel the enormous pressure from their long-suffering fans to step up. Starting goalie Jack Campbell has yet to win an NHL playoff series.

The grind of winning back-to-back Stanley Cups followed by shorter offseasons compared to the rest of the league could take its toll on the Tampa Bay Lightning. Starting goalie and 2021 playoff MVP Andrei Vasilevskiy struggled at times down the stretch with a record of 11 wins, 10 losses and one overtime loss with a .909 save percentage.

Like the Panthers, goaltending could be an issue for the Boston Bruins as Linus Ullmark and Jeremy Swayman had just one playoff game between them entering this postseason. Long-time center Patrice Bergeron, 36, could start feeling the effects of a long season. Regular-season scoring leader Brad Marchand had just one goal in his final 13 regular-season games.

Despite being among the NHL’s top teams since 2019-20, the Colorado Avalanche has yet to advance beyond the second round over that time span. Second-line center Nazem Kadri’s suspension history over the past three seasons remains a cause for concern. Their face-off win percentage (47.3) was among the league’s worst. Starting goaltender Darcy Kuemper has yet to carry a team on a deep playoff run.

Shorthanded situations are a problem for the Minnesota Wild as their penalty-killing percentage (76.1) was the worst among the 16 playoff clubs. Recently-acquired goaltender Marc-Andre Fleury won nine of 11 regular-season starts for the Wild, but his 2.74 goals-against average and .910 save percentage indicate he’s allowing too many goals.

Goaltender Jordan Binnington played a big role in the St. Louis Blues’ 2019 Stanley Cup run, but his performance has considerably declined since then. Backup Ville Husso played well in his first NHL playoff game, but his inexperience could be a factor. Young Blues stars such as Jordan Kyrou and Robert Thomas could also feel the pressure of postseason competition.

Nashville Predators starting goaltender Juuse Saros’ late-season lower-body injury has sidelined him for the first two games of the opening round. It could become a nagging issue as the playoffs roll along top-line winger Matt Duchene’s put up disappointing numbers over the previous two postseasons. They had only four wins in their final 12 regular-season games and appear overmatched against the favored Avalanche.

The Dallas Stars reached the Stanley Cup Final two years ago, but core players such as Tyler Seguin and Jamie Benn have declined over that time. 40-goal sophomore winger Jason Robertson and rookie starting goalie Jake Oettinger entered the postseason with no NHL playoff experience. The Stars’ 2.84 goals-per-game was the lowest among the 16 opening-round clubs.

Igor Shesterkin was the New York Rangers’ regular-season MVP, but he’s entered this postseason with just one playoff game on his resume. Lack of postseason experience could also be an issue for other young Rangers such as Adam Fox, K’Andre Miller and Alexis Lafreniere. Their regular-season faceoff win percentage (48.1) was the third-lowest among this season’s playoff teams.

Age could become a factor for Pittsburgh Penguins stars like Sidney Crosby, Evgeni Malkin and Kris Letang. Starting goalie Tristan Jarry will miss the first two games of the playoffs with a lower-body injury. They backed into the postseason, winning just seven of their last 18 regular-season games. Their power-play percentage (20.2) was the third-worst among all playoff clubs.

Goaltending could be a problem for the Washington Capitals as Vitek Vanecek and Ilya Samsonov have yet to establish themselves as starters. Age could become a factor for 30-something core players like Alex Ovechkin, Nicklas Backstrom and John Carlson. Their 18.8 power-play percentage in the regular season was second-worst among postseason clubs while their faceoff win percentage (47.1) was the worst.

The last time the Calgary Flames got past the opening round was in 2015 and will bear that additional pressure entering this postseason. Leading scorers Johnny Gaudreau and Matthew Tkachuk will face tremendous pressure to step up their play. Top-pairing defenseman Noah Hanifin also has limited success in putting up points in the playoffs.

An enormous drop-off in production between superstars Connor McDavid and Leon Draisaitl and the rest of their Edmonton Oilers teammates existed throughout the regular season. It could prove fatal if those two are neutralized by tighter postseason checking. Their goalie tandem of Mike Smith and Mikko Koskinen was inconsistent during the regular season.

The Los Angeles Kings enter this postseason with a goals-per-game average (2.87) that was the second-lowest among playoff teams. They also possessed the worst power-play percentage (16.1) and the second-worst penalty-killing percentage (76.7) among those clubs. The Kings will also be without top defenseman Drew Doughty following season-ending wrist surgery.

Regular-season stats (as of May 1, 2022) via NHL.com. Additional info via Hockey-Reference.com.

Denial of responsibility! NewsUpdate is an automatic aggregator around the global media. All the content are available free on Internet. We have just arranged it in one platform for educational purpose only. In each content, the hyperlink to the primary source is specified. All trademarks belong to their rightful owners, all materials to their authors. If you are the owner of the content and do not want us to publish your materials on our website, please contact us by email – [email protected]. The content will be deleted within 24 hours.
best sports newsCupnews update sportsnewsupdateNHLplayoffsports newssports update