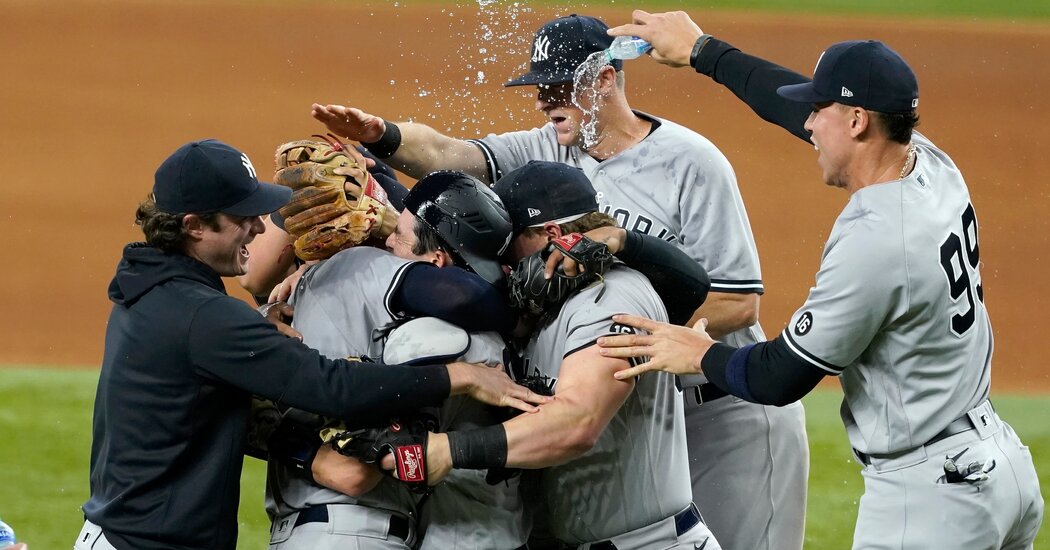 Why Have There Been So Many No-Hitters in 2021?

It had been less than 24 hours since Spencer Turnbull of the Detroit Tigers completed baseball’s fifth no-hitter of the 2021 season when Corey Kluber of the Yankees threw the sixth.

The pitchers have remarkably different pedigrees — Turnbull led the majors in losses two seasons ago and Kluber has won two A.L. Cy Young Awards — but their achievements were celebrated with the same bells and whistles of a typical no-hitter: Wire services sent news alerts, MLB.com gave their box scores special badges, and the players celebrated wildly with teammates — or at least as wildly as Kluber, nicknamed Klubot for his stoicism, is capable of.

Turnbull, though, was obviously elated.

“It is by far the best night of my life, most exciting, and it’s definitely kind of like one of those landmark stamps on my career up to this point,” he said in a postgame video conference from Seattle in the early hours of Wednesday.

Those two no-hitters, and the four before them this season, have raised questions about how baseball could already have so many no-hitters so early in the year, and why they seem to be occurring at such an extraordinary rate.

Who has thrown a no-hitter this season?

Sort of! Bumgarner, the former ace (and three-time World Series winner) of the San Francisco Giants shut out Atlanta on April 25, and allowed no hits in the process. But because of doubleheader rules developed last season, the game was limited to seven innings. A 1991 ruling intended to eliminate rain-shortened no-hitters and other oddities made throwing at least nine complete innings a requirement for a game to be recognized as a no-hitter. Bumgarner’s game will instead be classified as a “notable achievement.”

“I didn’t give up any hits today,” Bumgarner said. “I’m not in control of how many innings we’re playing.”

What is going on?

A number of factors are in play leading to the surge of no-hitters. Chief among them are an emphasis on power pitching and batters’ having shown a willingness to sell out contact in order to increase power. Those factors, plus surgical deployment of high-quality relievers, has resulted in strange numbers across the board.

Teams were averaging 7.82 hits per game through May 19 — the second lowest mark in baseball history behind 1908, according to Baseball Reference — and were striking out a record 8.98 times a game. As a result, batters were hitting a record-low .236 and scoring was down significantly for a second consecutive season.

Another factor that has to be considered is control. Shutouts are almost entirely a thing of the past — there have been 15 this season, and there have been fewer than 40 in each season since 2015 — but the six pitchers who have thrown a no-hitter this season have kept their pitch counts low by employing remarkable control. Turnbull walked two batters and Miley and Kluber each walked one. The other three pitchers who threw a no-hitter this season didn’t issue a single free pass.

Factor in colder weather in April and May, a new baseball, advanced defensive positioning and other changes in the game and it has seemingly become a recipe for no-hitters becoming a common occurrence.

But you can’t discount simple variance. While no-hitters come at a fairly predictable rate over long periods of time, they have frequently come in clumps and then gone long stretches without one.

This has to be a record pace, right?

Six no-hitters through May 19 edges 1917 for the fastest start in major league history. That season baseball raced to its fifth no-hitter by May 6 — despite not starting the season until April 11 — but did not get a sixth no-hitter until June 23.

With teams not having reached even 50 games each this season, and the season scheduled to go a full 162, matching the modern record of seven no-hitters (shared by multiple seasons) seems within reach, as does the overall record of eight, which was set in 1884.

But nothing is certain no matter how quickly no-hitters pile up. Baseball raced to five no-hitters in 1917, but finished with just six. That last no-hitter was certainly memorable: Babe Ruth of the Boston Red Sox walked the first batter of the game, got ejected for arguing balls and strikes (and struck the umpire behind the ear in an epic tantrum), only to have reliever Ernie Shore erase the base runner on a caught stealing before retiring all 26 batters he faced.

Do only the most dominant pitchers throw no-hitters?

Hardly. While Nolan Ryan was the most unhittable pitcher in major league history, and threw a record seven no-hitters, other dominant pitchers failed to throw one despite similar credentials — most notably Roger Clemens, Greg Maddux, Pedro Martinez, Steve Carlton and Grover Cleveland Alexander.

Among the current superstars who have yet to throw one: Gerrit Cole of the Yankees, Cleveland’s Shane Bieber, Zack Greinke of the Houston Astros, and Jacob deGrom of the Mets.

Where are the perfect games?

With all of these no-hitters it would seem logical that a perfect game would be mixed in, but baseball is in a strangely long stretch without one. Both Carlos Rodon and John Means came tantalizingly close to perfection this season, but Felix Hernandez of the Seattle Mariners threw baseball’s last perfect game on Aug. 15, 2012. That stretch of nearly nine years is the longest between perfect games since the gap of 13 years 7 days between Catfish Hunter’s masterpiece on May 8, 1968, and Len Barker’s on May 15, 1981.

What is Kyle Seager’s secret?

Seattle, Cleveland and Texas have each been no-hit twice already this season, but things are starting to get weird for Kyle Seager, the Mariners’ third baseman. As Christopher Kamka noted on Twitter, Seager has now been involved in nine no-hitters in his 11-season career:

Of course, Seager’s odds of being involved in no-hitters are helped by the fact that his team was hitting a major league-worst .199 through May 18.

Denial of responsibility! NewsUpdate is an automatic aggregator around the global media. All the content are available free on Internet. We have just arranged it in one platform for educational purpose only. In each content, the hyperlink to the primary source is specified. All trademarks belong to their rightful owners, all materials to their authors. If you are the owner of the content and do not want us to publish your materials on our website, please contact us by email – [email protected]. The content will be deleted within 24 hours.
best sports newsnews update sportsnewsupdateNoHitterssports newssports update