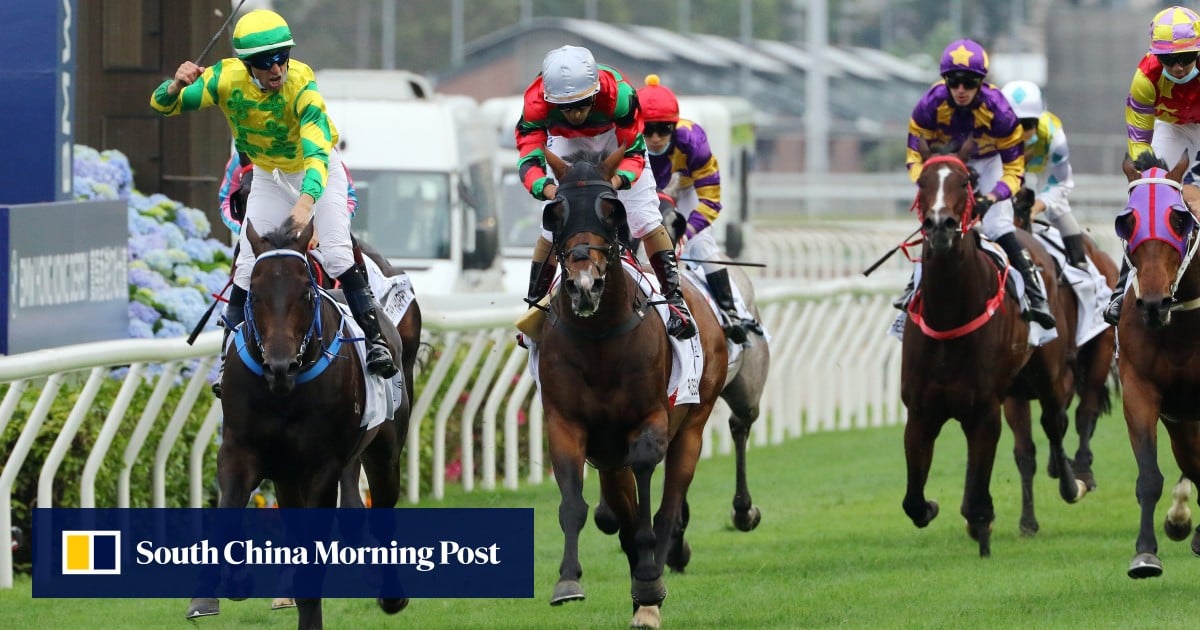 While Douglas Whyte is confident Russian Emperor is ready for his first Group One assignment since last year’s Epsom Derby, the South African is only hopeful Stronger can take it up Courier Wonder in a race where he says the latter “looks a formality”.

Russian Emperor is one of eight runners in the Champions & Chater Cup (2,400m) at Sha Tin on Sunday and the four-year-old tackles a distance he’s finished seventh at in his previous two attempts.

After finishing eight lengths behind runaway leader Serpentine at Epsom last July, Russian Emperor faded to cross the line three and a quarter lengths behind Butterfield after jumping as favourite in the Queen Mother Memorial Cup earlier this month.

“I do think his best trip is 10 furlongs,” Whyte said. “I think the racing style and the training style of Hong Kong has injected more speed into him as opposed to Europe but having said that, the way he finished off the [Hong Kong] Derby and the way he can hit the line, he’ll get 2,400m.

“His last run you have to put a pen through, it was a race that was run at a very sedate tempo and I think if you run the race three or four times over you would get a different result every time.

“He probably faced the breeze for too long with no cover and he’s only had a handful of runs and he was vulnerable from the word go.”

The Hong Kong Derby runner-up has drawn barrier seven for Sunday’s contest and Karis Teetan has been replaced in the saddle by Alexis Badel, with the Mauritian partnering Tony Millard’s Panfield.

Also in the field are Exultant – who is shooting for three wins in a row in the race – Glorious Dragon, Columbus County, Butterfield, Time Warp and Packing Waltham.

Whyte saddles up Stronger in the afternoon’s other Group contest, the Sha Tin Vase (1,200m) at Group Three level.

The four-year-old steps back in grade after finishing seventh in the Group One Chairman’s Sprint Prize last month, while his two efforts prior to that produced narrow seconds in a Group Two and a Class One at Happy Valley.

“This is more his level. He was disappointing last time – I thought he would have maybe given a little bit more but he was stepping up to Group One,” Whyte said.

“All I can say is that my horse is fit and healthy and if anything he’s improving. He’s really physically improving.”

Finally free of injury, Joao Moreira has one hand on the jockeys’ championship

Also in the field is John Size’s mouth-watering prospect Courier Wonder, who has rocketed from a rating of 52 to 100 in just four starts and will carry only 118 pounds.

“Courier Wonder looks a formality in that race with the weights and he’s just coming through the grades astronomically well,” Whyte said. “He looks exceptional at the moment but everyone is vulnerable when they step into Group class.”

Denial of responsibility! NewsUpdate is an automatic aggregator around the global media. All the content are available free on Internet. We have just arranged it in one platform for educational purpose only. In each content, the hyperlink to the primary source is specified. All trademarks belong to their rightful owners, all materials to their authors. If you are the owner of the content and do not want us to publish your materials on our website, please contact us by email – [email protected]. The content will be deleted within 24 hours.
atonebacksbest sports newsCourierDouglas Whyte backs Russian Emperor to atoneEmperorformalityhopes