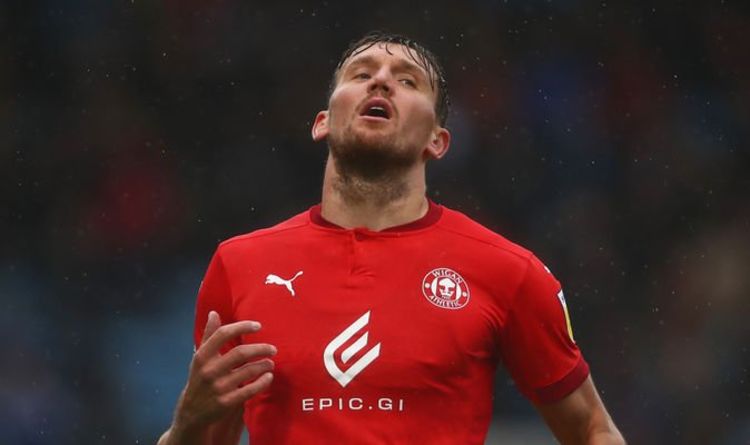 Wigan Athletic striker Charlie Wyke is reportedly in a stable condition after being rushed off to hospital following a collapse in training. The incident came just days after John Fleck was hurried off the pitch in similar fashion for Sheffield United, prompting concern during their away trip to Reading.

Wyke fell ill during a Wigan training session earlier this week in which they were preparing for a League One match against Cambridge United.

The 28-year-old initially received treatment from the club’s medical staff, before being whisked off to hospital.

At present, he is being closely monitored, but he is communicating with family and staff.

In terms of club duties, Wyke will be made unavailable for the time being.

Wyke was signed by Wigan during the summer after netting 25 League One goals for Sunderland last campaign.

That was his best total for a single season, reaching 31 in all competitions, and he has already notched five league goals for Wigan this time around.

His most recent outing was an FA Cup first-round tie with Solihull Moors earlier this month, in which the Latics came out 2-1 winners.

Denial of responsibility! NewsUpdate is an automatic aggregator around the global media. All the content are available free on Internet. We have just arranged it in one platform for educational purpose only. In each content, the hyperlink to the primary source is specified. All trademarks belong to their rightful owners, all materials to their authors. If you are the owner of the content and do not want us to publish your materials on our website, please contact us by email – [email protected]. The content will be deleted within 24 hours.
best sports newsCharlieCollapsingHospitalnews update sportsnewsupdaterushedsports news