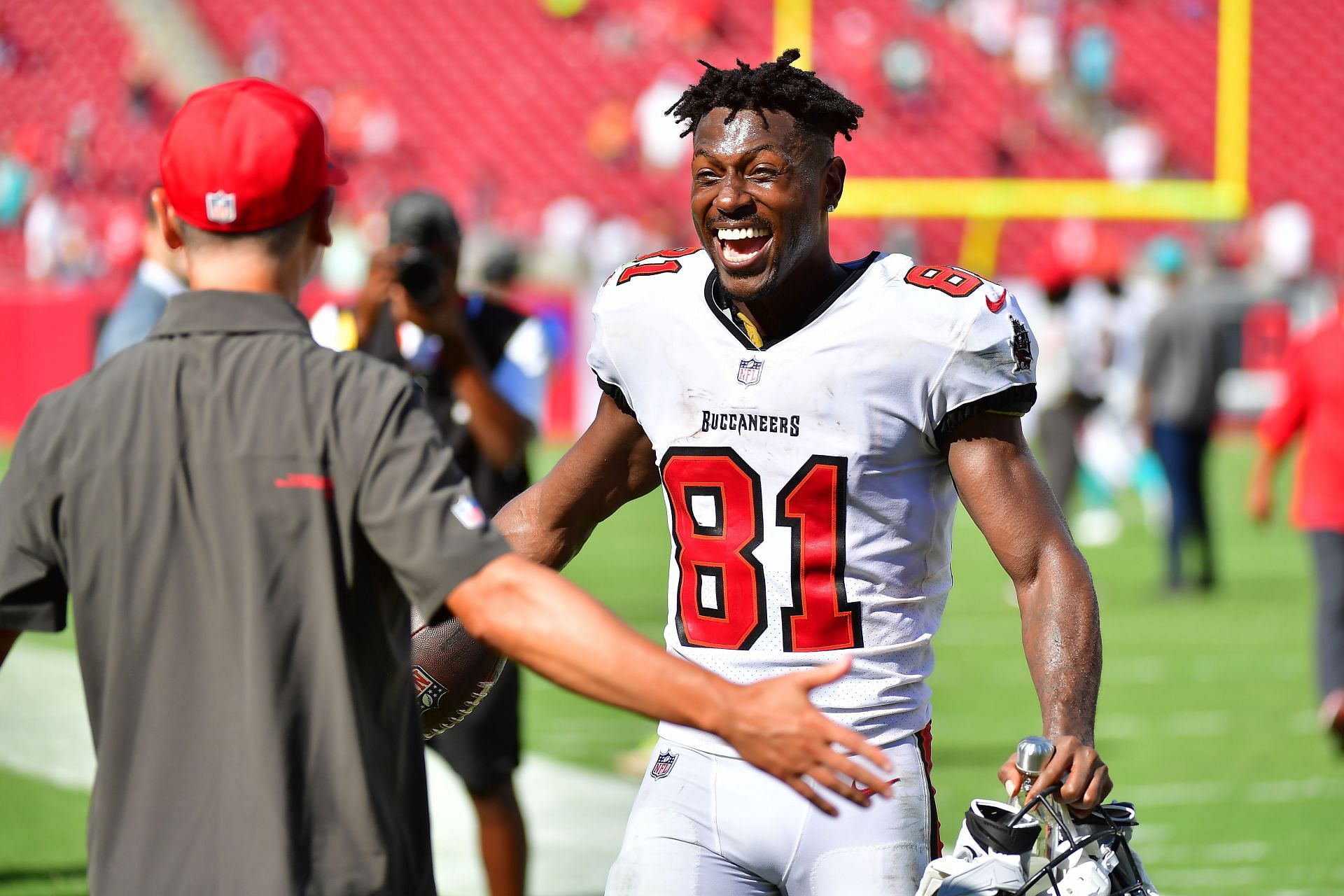 Will Antonio Brown play against Washington in Week 10? Latest details on his availability

Everyone is wondering if Antonio Brown will be traveling with Tom Brady and his Tampa Bay Buccaneer teammates to Washington on Sunday as they look to secure a win after coming off their bye.

Currently sitting at the top of the NFC South with a 6-2 record and just one game clear from the New Orleans Saints, the Bucs will look to put some more space between them and their division rivals.

Is Antonio Brown available to play?

Unfortunately for Tom Brady and Bucs fans, wide receiver Antonio Brown will not be available to take his place on Sunday. This comes after head coach Bruce Arians ruled out the 33-year-old.

The veteran receiver injured his ankle during the Bucs’ win over the Philadelphia Eagles in Week 6. This injury forced him to miss two games prior to the team’s bye this past week.

Brown has been a valuable target for Brady this season, and despite missing games, his stats are still at a Pro Bowl level. Brown has caught 29 of 42 balls for 418 receiving yards and four touchdowns.

Brown’s absence was not felt against the Chicago Bears as the Tampa Bay Buccaneers obliterated them 38-3; however, in their last outing against the New Orleans Saints, Brady and the Buccaneers offense simply could not get going. Whether Brown would have made a difference remains to be seen, but the team is surely better when he is in the lineup.

It does feel like Arians and the Bucs’ medical staff are taking a cautious approach with Brown and his ankle injury. They don’t look to be in a hurry to rush him back, and why should they?

Currently in first place in their division, the Bucs do not have a pressing need to get Brown back on the field. Tampa’s next four games are ones they should be able to win without him.

After Washington, the Bucs face Daniel Jones and the New York Giants, Carson Wentz and the Indianapolis Colts and Matt Ryan and the Atlanta Falcons before taking on Josh Allen and the Buffalo Bills.

Given Brown’s age as well, it does make sense that the organization is taking a slow approach with him. Brady needs Brown for the playoffs, not for a game in November, as that is where the Bucs will be relying on his experience to drive them toward another Super Bowl victory.

Denial of responsibility! NewsUpdate is an automatic aggregator around the global media. All the content are available free on Internet. We have just arranged it in one platform for educational purpose only. In each content, the hyperlink to the primary source is specified. All trademarks belong to their rightful owners, all materials to their authors. If you are the owner of the content and do not want us to publish your materials on our website, please contact us by email – [email protected]. The content will be deleted within 24 hours.
AntonioAntonio Brownavailabilitybest sports newsBrowndetailsLatestNews