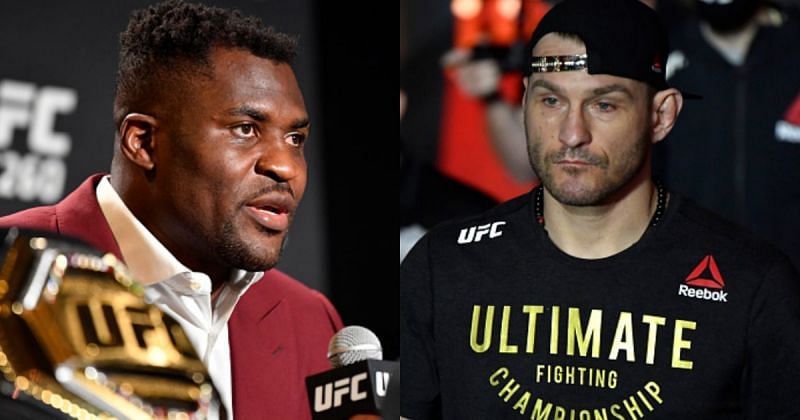 “Without that loss, I’m not sure I could’ve won the rematch” – Francis Ngannou releases classy statement looking back on first Stipe Miocic fight

Francis Ngannou has said that the loss in his first fight against Stipe Miocic helped him become the fighter he is today.

Taking to his official Instagram account, reigning UFC heavyweight champion Francis Ngannou put forth a post featuring a few images from his first fight with Miocic. The statement attached to his post read as follows:

“Almost 4 years ago, I came out very short for my first title challenge against the great Stipe Miocic, but I realized that night that even though it wasn’t the outcome that I wanted, I knew that I didn’t lose. Not because I wasn’t even close on the scorecard, but because I knew that I learned more in one night than I’ve learned in the past 4 years in the sport.”

“Without that loss, I am not sure that I could’ve have won in the rematch because I would have done the same mistakes that I did 3 years earlier. Nelson Mandela said “I don’t lose, I win or I learn.” #mondaymotivation”

The first fight between Francis Ngannou and Stipe Miocic took place at UFC 220 in January 2018. Ngannou entered the fight as the challenger looking to dethrone the then-UFC heavyweight champion Miocic.

‘The Predator’ended up getting out-grappled and gradually outworked in every aspect of the fight over the course of five hard-fought rounds. In the end, Miocic emerged as the winner via unanimous decision.

Following that fight, Francis Ngannou suffered another unanimous decision loss, this time to Derrick Lewis. However, after his losses to Miocic and Lewis, Ngannou has amassed a five-fight win streak.

Francis Ngannou’s most recent fight was a second-round KO win against Miocic in their rematch. The fight transpired at UFC 260 in March this year, where Ngannou became the new UFC heavyweight champion.

Francis Ngannou last competed in March, and was purportedly looking to return to the octagon in September. However, the UFC wanted to put forth a heavyweight title matchup in August. Subsequently, the promotion scheduled an interim UFC heavyweight title fight between Derrick Lewis and Ciryl Gane for UFC 265 in August.

Cyril Gane, a former training partner of Francis Ngannou, won the fight via third-round TKO to capture the interim belt. Ngannou is now expected to face the undefeated Gane in a highly anticipated fight at UFC 270 on January 22nd, 2022. The winner of this fight will be crowned the undisputed UFC heavyweight champion.

Denial of responsibility! NewsUpdate is an automatic aggregator around the global media. All the content are available free on Internet. We have just arranged it in one platform for educational purpose only. In each content, the hyperlink to the primary source is specified. All trademarks belong to their rightful owners, all materials to their authors. If you are the owner of the content and do not want us to publish your materials on our website, please contact us by email – [email protected]. The content will be deleted within 24 hours.
best sports newsClassyCouldveFightFrancisFrancis NgannouLossMiocic