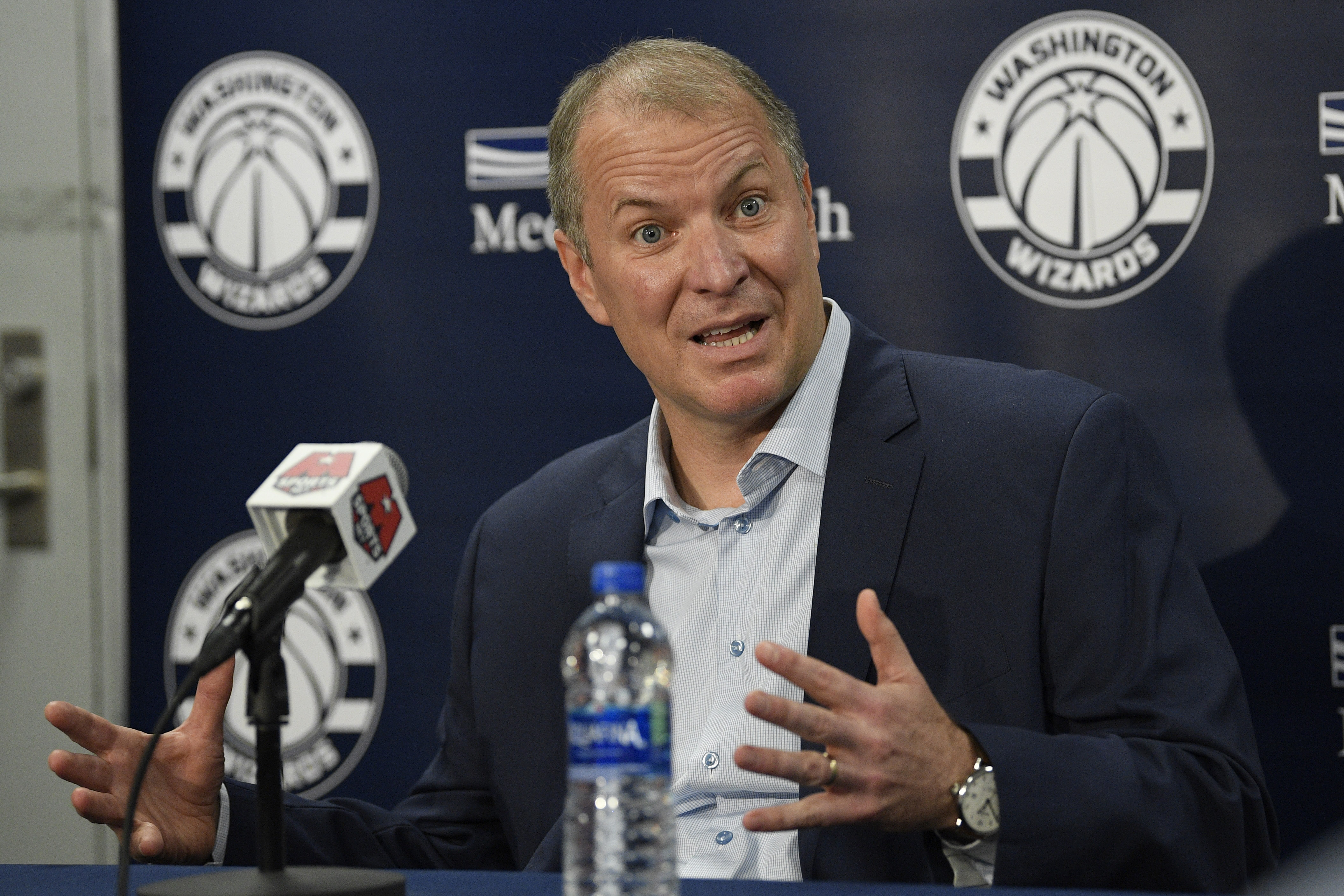 Washington Wizards general manager Tommy Sheppard has been promoted to the role of GM and team president, Monumental Sports and Entertainment announced Wednesday.

Sheppard, who has been the Wizards’ general manager since 2019, also received a contract extension, although terms of the deal were not revealed.

The Wizards are off to a surprising start this season. They top the Eastern Conference with a record of 10-3, putting them a half-game ahead of the Chicago Bulls.

Sheppard made some bold moves during the offseason after Washington barely reached the playoffs last season as the No. 8 seed in the East.

Most notably, Sheppard traded away future Hall of Fame guard Russell Westbrook after he didn’t mesh as well as hoped with Bradley Beal.

All of those players have played a significant role in improving Washington’s depth, and they have contributed to the Wizards’ hot start.

Dinwiddie has been an especially huge addition, as the former Brooklyn Net is averaging 17.0 points, 6.0 assists and 5.5 rebounds per game.

Also, Harrell is second on the team in scoring with 18.0 points per game and Kuzma is fourth with 14.5 points per contest.

Sheppard made the decision to hire Wes Unseld Jr. as the new head coach of the Wizards after the expiration of previous head coach Scott Brooks’ contract.

Unseld was a popular hire since his father, Basketball Hall of Famer Wes Unseld, starred for the Baltimore/Washington Bullets franchise from 1968-81 and then coached the Bullets from 1988-94.

Unseld Jr. enjoyed success as an assistant with the Wizards, Golden State Warriors, Orlando Magic and Denver Nuggets before finally landing a head coaching job, and he has gotten his tenure off to an ideal start.

Like Unseld, Sheppard gained a great deal of front office experience in the NBA before finally getting his shot to be a GM.

Sheppard was part of the Nuggets’ front office from 1994-2003 before joining the Wizards as their vice president of basketball operations under Ernie Grunfeld. Following Grunfeld’s firing in 2019, Sheppard became his replacement.

The Wizards haven’t made it out of the first round of the playoffs since 2017 and haven’t gotten past the second round since going to the Finals in 1979 as the Bullets.

While the Wizards have a long way to go, Sheppard has them on track to enjoy their best season in decades.

Denial of responsibility! NewsUpdate is an automatic aggregator around the global media. All the content are available free on Internet. We have just arranged it in one platform for educational purpose only. In each content, the hyperlink to the primary source is specified. All trademarks belong to their rightful owners, all materials to their authors. If you are the owner of the content and do not want us to publish your materials on our website, please contact us by email – [email protected]. The content will be deleted within 24 hours.
agreeingbest sports newscontractnews update sportsnewsupdatepresidentpromotedSheppard

Was fortunate to get 10-for: Ajaz Patel in interview to R…