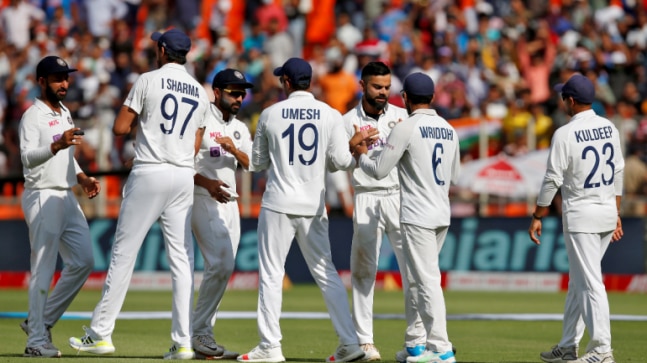 World Test Championship should have been conducted in a different window: Ramiz Raja

Ramiz Raja urged cricket’s decision-makers to find a separate window for the ICC World Test Championship in future and said that the tournament gained popularity in its inaugural season because India made it to the final.

Former Pakistan cricketer Ramiz Raja feels that the inaugural World Test Championship (WTC) should have been held in an exclusive window during which other other formats should not have been played.

The inaugural edition of the WTC started after the ICC World Cup in England in August, 2019. The tournament’s final will be played between India and New Zealand at the Ageas Bowl stadium in Southampton from June 18.

Raja urged cricket’s decision-makers to find a separate window for the tournament in future which will only help boost the popularity of Test cricket.

“I think the World Test Championship should have been conducted in a completely different window. A six-month window during which teams could have played against each other.

“Other formats should not have been conducted in this window, because if you are keen to uplift the Test cricket, this type of window has to be created,” Raja said on India News Sports.

Raja also said that the WTC is heading towards an exciting finish only because Team India made it to the final.

“The span of two years is quite long and people might forget who played against whom. The tournament has become interesting just because India is in the final. Had it been some other team playing New Zealand, there wouldn’t have been that much interest,” Raja said.

The popular Pakistani commentator also offered some words of advise for India captain Virat Kohli on how he can further improve his batting skills.

“What I have seen in his batting off late, he has been playing cross the line towards the leg side, breaking his wrist. If he maintains his position and plays straight and then plays his flicks, then it won’t be a problem anymore. However, he knows what he needs to do. So, there is nothing to worry about it.

“Sometimes you think much and put yourself under pressure of not getting runs or centuries. As long as he plays the first 20-25 over straight and doesn’t break his wrist very much, he can succeed in this [WTC Final] Test match,” he added.

Denial of responsibility! NewsUpdate is an automatic aggregator around the global media. All the content are available free on Internet. We have just arranged it in one platform for educational purpose only. In each content, the hyperlink to the primary source is specified. All trademarks belong to their rightful owners, all materials to their authors. If you are the owner of the content and do not want us to publish your materials on our website, please contact us by email – [email protected]. The content will be deleted within 24 hours.
Loading...
Loading...
best sports newsChampionshipconductednews update sportsnewsupdateRajaRamizsports news