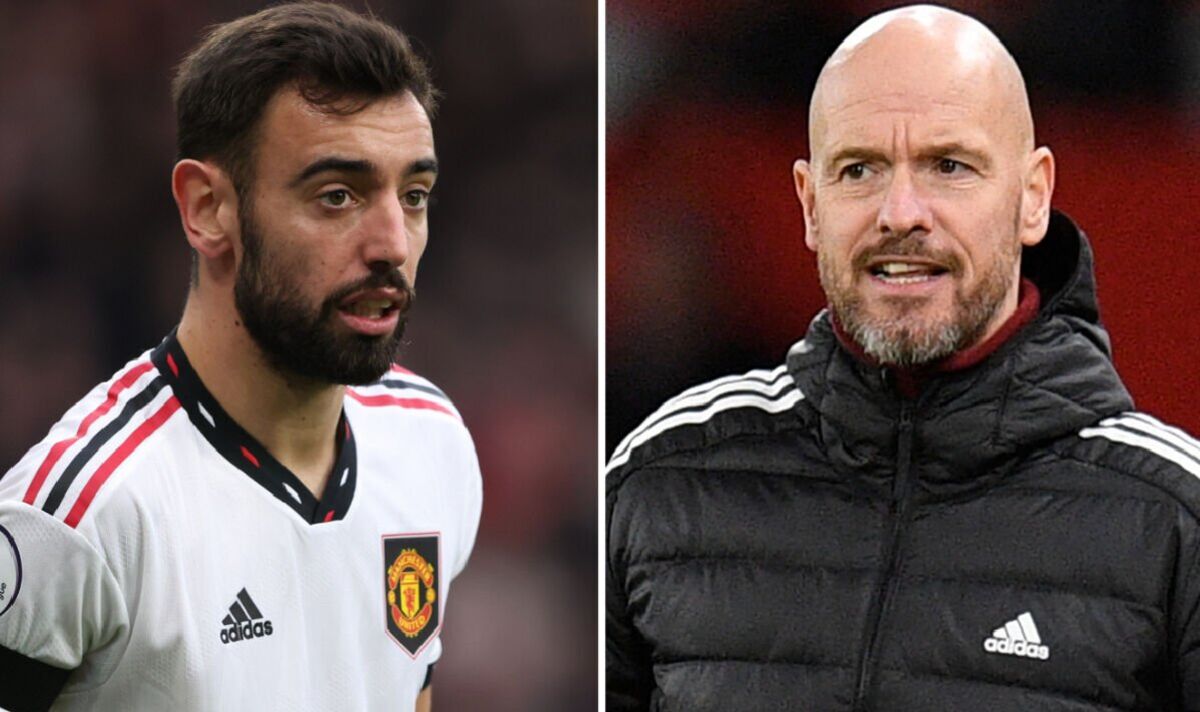 In a more mischievous mood Bruno Fernandes might be tempted to credit Manchester City with turning around Manchester United’s season. Certainly, since suffering a 6-3 defeat at the Etihad in early October, their form has been nearly faultless, with 15 wins and just one defeat in 18 matches.

Yet as tempting as that might be, the Portuguese is in no doubt about the real turning point. The real change, he says, came over two days in the aftermath of the Brentford defeat when it became crystal clear this was now Erik ten Hag’s club.

The story of that weekend has been well told. A day after being outrun and outfought by the Bees a furious Ten Hag cancelled a day off on the Sunday and told them to make up the deficit with a gruelling 12km run. What has not been told is 24 hours later, United’s still smarting players trained with an “intensity and anger” which was startling, according to Fernandes.

Six days further on, they beat Liverpool at home. “It was supposed to be a day off and we had to come training and do that run,” said the midfielder. “Everyone was like ‘Wow… why do we have to do this?’

“But then you look backwards and you see your manager running with you. The real change was the response the day after. You could see how intense everyone was, how angry everyone was.

MUST READ: Ten Hag explains if Weghorst will play for Man Utd against Man City

“Everyone wanted to give a response in the next game, even knowing it was Liverpool. Everyone felt we had to turn around our season and that was the game to do it. It could have gone either way but that was the moment for me.”

If Ten Hag’s authority was anchored early on, it has been further secured in every passing week with a series of sure steps over issues which could have easily tripped him up. The exit of Cristiano Ronaldo, eased out of the club with minimum disruption to results or momentum, was deftly handled.

Difficult man management situations with Jadon Sancho and Harry Maguire have not derailed progress. And Marcus Rashford was dropped for poor time-keeping after missing a meeting along with a host of further issues according to Fernandes which have been dealt with behind closed doors.

“It has showed the manager gives the same respect to those who are playing, those more important those less important, scoring more goals less goals,” he said. “That is a mark that he has made already in the past with other players but was not in the news.

“It is a good sign of passing responsibility to the player.” With United fourth and riding an eight-game winning streak City will once again provide a litmus test. In his first derby at Old Trafford in March 2020, Fernandes delighted United fans in the 2-0 victory by telling Pep Guardiola to ‘shush’ with a finger to his lips.

There is no doubting he would love the chance to silence the City fans once more this lunchtime. “Man City is one of the best clubs in the league but it is about believing in ourselves,” he said of the task ahead.

Denial of responsibility! NewsUpdate is an automatic aggregator around the global media. All the content are available free on Internet. We have just arranged it in one platform for educational purpose only. In each content, the hyperlink to the primary source is specified. All trademarks belong to their rightful owners, all materials to their authors. If you are the owner of the content and do not want us to publish your materials on our website, please contact us by email – [email protected]. The content will be deleted within 24 hours.
best sports newschangedFernandesHagManmomentnews update sportsnewsupdate