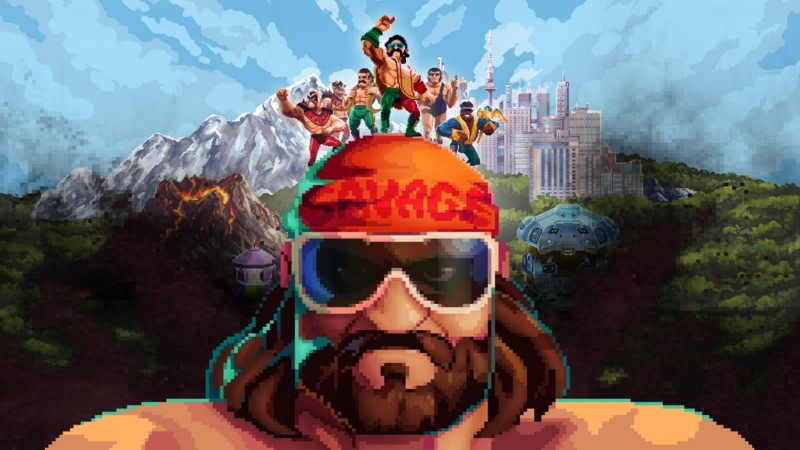 Pro wrestling is a combat sport. Scripted, yes, but the crux is two superstars stepping into a ring and (mostly) pretending to beat the snot out of each other. That’s why it’s been understandably boxed into the fighting/simulation genre. Outside of a few collectible card games and general manager sims, the genre has rarely strayed beyond its competitive roots, and I think that’s a shame. Wrestling can offer so much more to video games.

The upcoming WrestleQuest is a great example of what you can do with wrestling games if you apply a bit of creativity. The title transforms the core concepts of the sport into a 16-bit RPG inspired by games like Final Fantasy VI and Chrono Trigger. It’s such a refreshing idea, and I can’t wait to see how it turns out when it launches later this year. WWE recently announced plans to develop a role-playing game as well. Whether or not that’s a response to WrestleQuest is unclear, but it’s welcomed news regardless. Rumbleverse applies the sport’s tropes to a battle royale. Now let’s keep that momentum going.

Drama is an essential element of wrestling. Highlight that aspect in a choice-driven narrative adventure game the caliber of a Quantic Dream or Telltale Games title. Instead of emphasizing action, let me choose alliances, championships to chase, my heel/face alignment, and make other pivotal decisions. Imagine having the staggering web of possibilities present in games like Heavy Rain or Detroit: Become Human. Present multiple endings based on my decisions. Do I wind up at the top of the promotion by aligning myself with an unstoppable faction? Should I betray my tag team partner to strike out on my own, and how does that affect this fictional universe? WWE game modes such as 2K22’s MyRise have traditionally offered relatively barebones versions of this for years, but it can be fleshed out into a separate, deeper experience. Best of all, anyone could play this. With a lighter touch of interactivity, there’s no need to memorize complicated movesets or button inputs.

However, a wrestling adventure doesn’t have to be the cliche rags-to-riches stories of a rookie climbing the ranks, winning titles, and becoming a household name. Films such as The Wrestler show that you can tell an engaging human drama about life outside of the ring as well. Imagine a third-person action-adventure game set in the ‘70s/’80s starring a washed-up journeyman wrestler struggling to make ends meet. He travels the country “making the towns (brother)” while grappling with conflicts, internally and externally. Perhaps the story is a larger crime drama because the protagonist associates with some unsavory individuals a la Dino Bravo, paving the way for combat and even gunplay. I could see a studio like Naughty Dog or Rockstar pulling off what would essentially be a gritty period piece that just happens to star a wrestler. 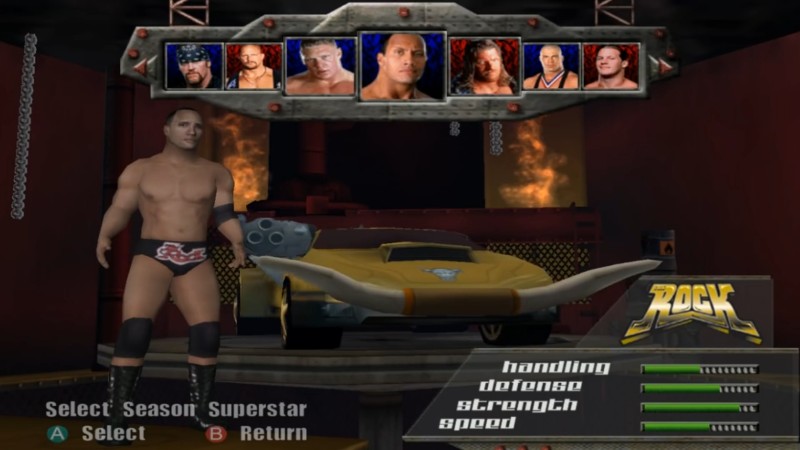 Remember WWE Crush Hour? WWE’s bizarre take on Twisted Metal-style car combat? That was a super dumb idea. Let’s bring that back too because why not? A rhythm music game featuring entrance themes! We can only upload Sami Zayn’s old song to Beat Saber for so long. How about a Coffee Talk-style restaurant sim where you run a Waffle House and treat traveling wrestlers to chicken breasts and egg whites as they regale you with road stories?

Expanding the scope of wrestling games positions the sport in front of new audiences who may not encounter it otherwise. Those who may not love the in-ring action may fall in love with wrestling’s over-the-top presentation and quirks. Even diehard fans can benefit; some folks simply don’t excel at or enjoy a mechanics-laden grappling sim.

You can do quite a bit with sports entertainment in video games. I just hope more developers – and wrestling companies, for that matter – see this potential and become more willing to take a chance.

Denial of responsibility! NewsUpdate is an automatic aggregator around the global media. All the content are available free on Internet. We have just arranged it in one platform for educational purpose only. In each content, the hyperlink to the primary source is specified. All trademarks belong to their rightful owners, all materials to their authors. If you are the owner of the content and do not want us to publish your materials on our website, please contact us by email – [email protected]. The content will be deleted within 24 hours.
best games newsexpandgame updategamesgames newsgenresnews update gamesnewsupdate