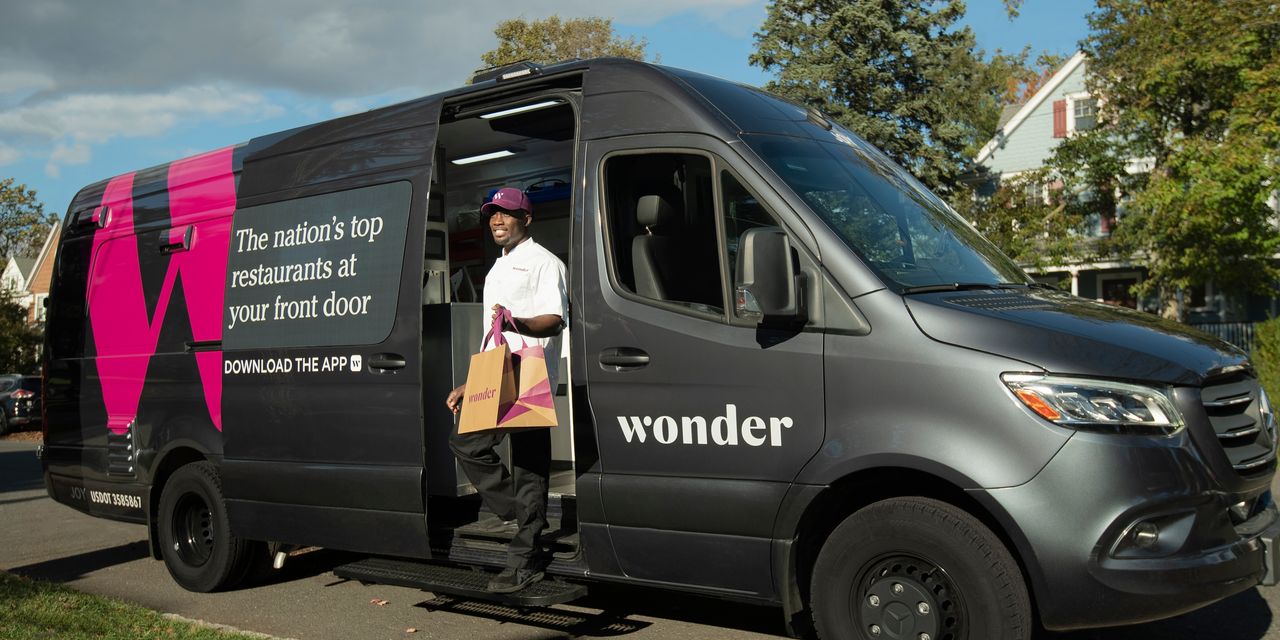 has raised hundreds of millions of dollars to expand the business at a time when the venture-capital market is cooling.

New York-based Wonder closed a $350 million funding round last month, according to company officials, bringing the total amount raised in debt and equity to $900 million.

The latest funding values the company at roughly $3.5 billion, according to people familiar with the matter.

The investment and valuation come at a time when funding for startups is drying up, a swift reversal from recent years when tech enthusiasm, low interest rates and other factors helped nudge investors further into betting on companies without near-term plans to earn a profit. Wonder has plenty of financing to grow, said Mr. Lore, but “six months ago, we would have raised at a higher valuation. Everyone would.”

Mr. Lore, the 51-year-old majority owner of Wonder, has earned investors considerable profits through sales of startups. He sold Quidsi Inc., an e-commerce site for diapers and other household goods, to

in 2010 for $500 million. Jet.com, another internet venture that he founded, was sold to

for $3.3 billion in 2016. In 2020, Walmart ended Jetblack, a personal-shopping service aimed at high-end urban shoppers, and wound down Jet, folding the operation into its broader e-commerce business.

Wonder aims to build a network of truck-based restaurants that can cook hot curbside meals drawn from chef-driven menus. That model also allows Wonder to deliver food to homes, which would benefit customers and profit, said Mr. Lore.

The service is available in a cluster of New Jersey suburbs, covering 132,000 households, that are located west of New York City. Wonder aims to expand to a second part of New Jersey later this year, then eventually to regions across the U.S. by 2035. The company declined to provide financial figures.

Wonder also wants to add other prepared-food businesses to its cooking and delivery network. In the areas where the company has operated the longest, about 25% of Wonder’s revenue comes from Envoy, a crowd-sourced food-delivery service where people can order food from local restaurants inside the Wonder app. Wonder started that service to avoid alienating local restaurants and offer more food choices, said executives.

In the future, the company aims to deliver ready-to-heat meals and meal-preparation kits to customers.

“We want to be a super app for food,” Mr. Lore said. The company aims to have a national footprint by 2035, he said.

Food-delivery and meal-kit businesses have been able to attract more customers through the Covid-19 pandemic but have faced sharper pressure on their bottom lines as a result of higher operating costs, including payments to restaurant partners, staff and drivers. Investors are worried about the fate of pandemic-fueled businesses:

shares are down more than 48% this year, and

shares are down more than 64%.

Wonder was started in 2018, while Mr. Lore was leading Walmart’s U.S. e-commerce operations. At that time, he served as an investor and adviser. His younger brother,

who has worked with Mr. Lore at companies for 15 years, joined Wonder months after he left Walmart in 2019, eventually becoming CEO.

A personal, guided tour to the best scoops and stories every day in The Wall Street Journal.

He invested in several companies, including Archer, an electric flying-vehicle startup, and made plans to build a 200,000-acre city of the future. Last year, he bought the Minnesota Timberwolves and Lynx professional basketball teams in partnership with former Major League Baseball star Alex Rodriguez. Mr. Lore, a former college sprinter and U.S. national bobsledding-team member, later decided to take basketball lessons to teach himself a game he had never played.

But as Mr. Lore sought significant funding for Wonder, some potential investors questioned his focus on the food startup, according to people familiar with the matter. Last December, Mr. Lore stepped into the role of CEO and board chairman of Wonder Group.

Mr. Lore said steering Wonder is his primary focus and has stepped back from active involvement in some of his other investments.

So far at Wonder, hundreds of millions of dollars has been spent figuring out how to re-engineer high-quality restaurant meals such as seared steak in a small kitchen with limited gear, as well as how to speed up cooking.

Having made progress on the recipes, executives said they have turned their attention to speeding up the cooking process in a bid to make the venture profitable. Wonder has taken steps such as redesigning the kitchen layout and using software that helps chefs identify the most efficient way to prepare a meal.

Denial of responsibility! NewsUpdate is an automatic aggregator around the global media. All the content are available free on Internet. We have just arranged it in one platform for educational purpose only. In each content, the hyperlink to the primary source is specified. All trademarks belong to their rightful owners, all materials to their authors. If you are the owner of the content and do not want us to publish your materials on our website, please contact us by email – [email protected]. The content will be deleted within 24 hours.
AccelAmazon.comAMZNAPRNBain Capital Venturesbest technology newsBillionBlue Apron Holdings