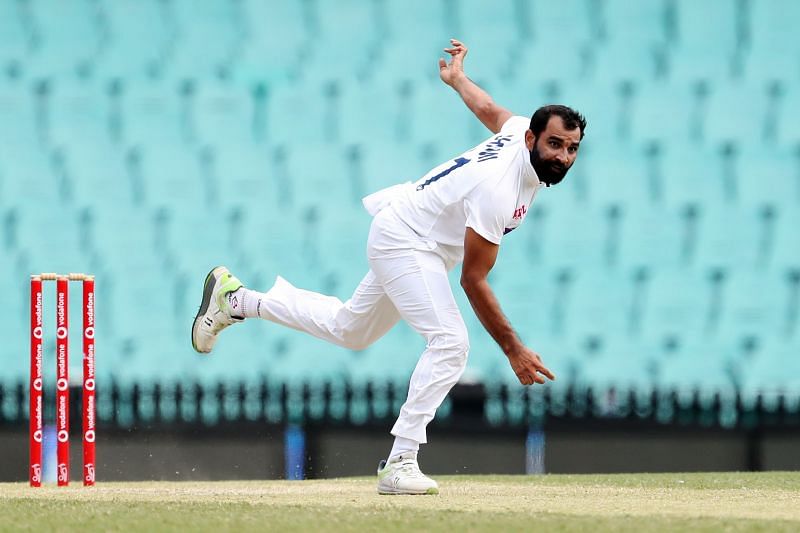 WTC Final: “Mohammed Shami is the No. 1 bowler for an Indian Test line-up” – Ajit Agarkar

There has been a lot of speculation about India’s choice of seamers for the title decider. A leaked audio clip of Virat Kohli saying he will target the Blackcaps left-handers with Mohammed Shami and Mohammed Siraj operating around the wicket has been doing the rounds.

“The seamers will play a part and India has got as formidable an attack as any in the world. I think that’s been their strength over the last few years. Whether it is a Bumrah, Shami – the No.1 bowler for me for a Test line-up for India and Ishant Sharma, he has gotten better over his career as he has played,” said Agarkar.

The former India pacer pointed out that the Virat Kohli-led side can even opt to play a fourth seamer if it is a green top.

“So, those three certainly will start and if it is a green seaming wicket, you might see a fourth one for all you know. We still don’t know what the conditions are likely to be but we presume in England, with the Dukes ball in particular, there will always be help for the seam bowlers. You can’t imagine a pitch being very dry in mid-June,” observed Ajit Agarkar.

Team India is likely to play Ravichandran Ashwin and Ravindra Jadeja along with three pace bowlers, unless the conditions are tilted heavily in favor of the seamers. Shardul Thakur might just edge out Siraj if India happens to play a fourth seamer to add some depth to the batting line-up.

While stating that both sides will be itching to be the winners of the inaugural ICC World Test Championship, Ajit Agarkar was particularly appreciative of Team India making the final after being confronted with an uphill task at one stage.

“It is a big deal. Everyone remembers the first person to get to any sort of landmark and that’s what makes it special. So, to be involved and particularly in the middle when the rules changed, the percentages came into play when India was way ahead at one point, they still had to get the job done. Both teams will be up for it and both teams will be very excited to be a part of it,” highlighted Ajit Agarkar.

With some of the series cancelled due to COVID-19, the ICC had no option but to change the qualification criteria from total to percentage points. Team India staged remarkable comebacks in their last two series against Australia and England to eventually finish atop the points table.

Denial of responsibility! NewsUpdate is an automatic aggregator around the global media. All the content are available free on Internet. We have just arranged it in one platform for educational purpose only. In each content, the hyperlink to the primary source is specified. All trademarks belong to their rightful owners, all materials to their authors. If you are the owner of the content and do not want us to publish your materials on our website, please contact us by email – [email protected]. The content will be deleted within 24 hours.
Loading...
AgarkarAjitbest sports newsbowlerCricketfinalIndianIndian Cricket Team