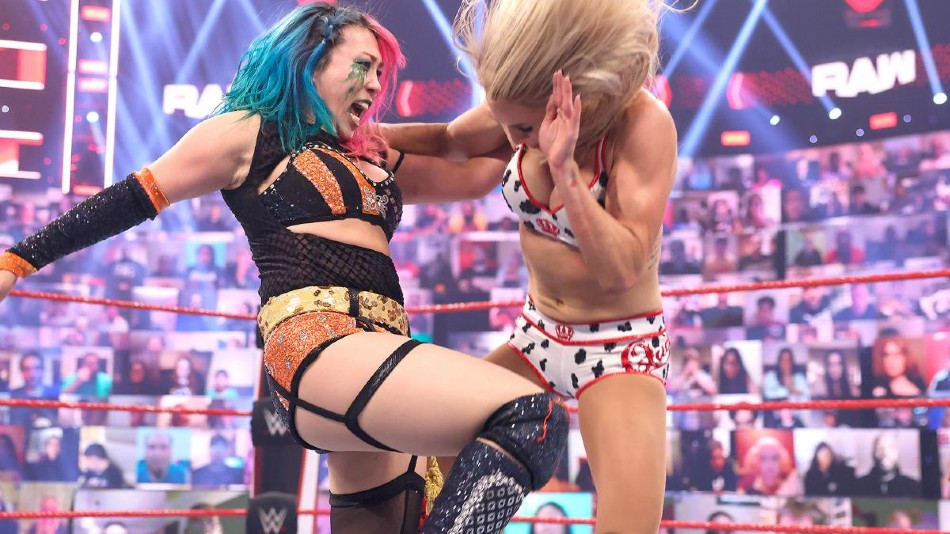 Check out the results, highlights and recap of Raw after WrestleMania Backlash:

– RAW kicked off with WWE Champion Bobby Lashley and MVP celebrations of the successful title defense at WrestleMania Backlash. Braun Strowman has broken ribs and Drew McIntyre couldn’t even get out of bed after that Triple Threat from Sunday, as per MVP’s words.

MVP then informed that Lashley was supposed to have the night off, but instead, he wanted to issue an Open Challenge. McIntyre came out and wanted to accept the challenge but MVP told that the Open Challenge was acceptable by anyone except Braun and Drew. McIntyre then attacked Lashley and told him to fight him in a one-on-one capacity.

– One half of WWE RAW Tag Team Champions, AJ Styles defeated Elias in the opening contest of the night via DQ. AJ wanted to finish the match with a Phenomenal Forearm but Jaxson Ryker pulled him off the ring to cause a disqualification. Elias tried to attack AJ afterwards but Omos made the save.

– Alexa Bliss held Alexa’s Playground session with new WWE Women’s Tag Team Champions Natalya and Tamina Snuka. The host asked them what their favorite color is. Natalya said pink and Tamina said black and blue. Snuka warned Alexa that’s what she will do to Alexa’s face if she tries to do anything weird with them.

– Angel Garza defeated Drew Gulak after he hit him with a running knee followed by the Wing Clipper finisher. After the match, Garza shoved a rose in Gulak’s mouth, just like he promised last week.

– Akira Tozawa rolled up R-Truth, backstage for the pin to win the 24/7 Title.

– Kofi Kingston defeated Randy Orton in a relatively short match on Raw. Xavier Woods caused a distraction by playing Francesca, the trombone at ringside as Kofi pulled off a roll-up victory. Orton was upset with the loss while his tag partner Riddle also inadvertently shoved Woods before he left the scene.

– Natalya and Tamina Snuka (c) defeated Nia Jax and Shayna Baszler to retain their Women’s Tag Team Championships. Baszler had the Kirifuda Clutch applied on Tamina but Alexa Bliss set the ring posts on fire to cause distraction. It sent Reginald flying off the ring steps while the champions performed The Hart Attack finisher on Baszler to secure the pinfall victory.

– United States Champion Sheamus defeated Ricochet in a non-title match. Ricochet connected with the 450-splash for a close 2-count and went for another springboard move. Sheamus connected with a mid-air pumping knee followed by his pendant Brogue Kick for the win.

– Asuka defeated Charlotte Flair in a match which was supposed to decide a number one contender for RAW women’s title. Flair attempted the Figure Eight Leglock but Asuka cunningly put her shoulder down for the referee’s three counts for the win. The Champion Rhea Ripley laughed at Charlotte from ringside and called her a loser, once the match was over.

– A new Eva-Lution vignette aired on Raw for the returning Eva Marie.

– Shelton Benjamin was about to accept the open challenge thrown by Bobby Lashley but Cedric Alexander called him worthless and this led to a backstage brawl.

– Kofi Kingston pulled off double duties on Raw as he competed against WWE Champion Bobby Lashley in a non-title Open Challenge match. MVP tried to hit Kofi with his cane when the referee was busy ejecting Xavier Woods from ringside.

Drew McIntyre came from behind, took away the cane, and hit Lashley with it, instead. Kofi rolled up Lashley to get a huge win. McIntyre, Kofi, and Woods celebrated and taunted Lashley from the ramp to send the show off-air.

Denial of responsibility! NewsUpdate is an automatic aggregator around the global media. All the content are available free on Internet. We have just arranged it in one platform for educational purpose only. In each content, the hyperlink to the primary source is specified. All trademarks belong to their rightful owners, all materials to their authors. If you are the owner of the content and do not want us to publish your materials on our website, please contact us by email – [email protected]. The content will be deleted within 24 hours.
best sports newshighlightsMondaynews update sportsnewsupdateNightRawresults

Grizzlies vs Jazz live stream: How to watch the NBA Playoffs online