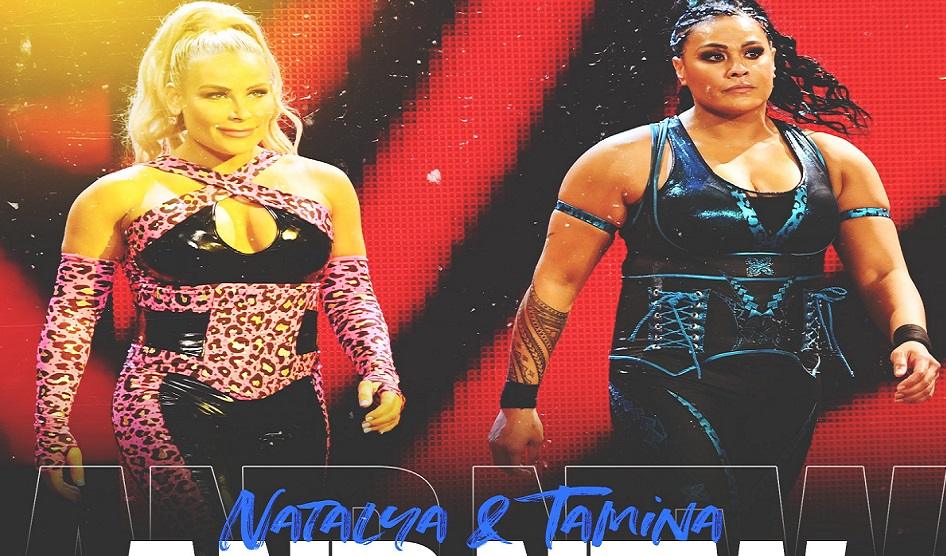 Bengaluru, May 15: In the opening contest of this week’s SmackDown, Natalya and Tamina Snuka have become new WWE Women’s Tag Team Champions. In the WrestleMania Backlash go-home edition, they defeated Nia Jax and Shayna Baszler to capture the belts in a rematch from WrestleMania 37 Night Two. Tamina pinned Jax after hitting her with the Superfly Splash finisher.

This is the first tag title reign for Natalya and Snuka together while this also marks Snuka’s first-ever major title win in WWE. (excluding a short 24/7 Title reign) Jax and Baszler won the titles during the Royal Rumble Kickoff pre-show back on January 31, by defeating Asuka and Charlotte Flair.

In more news from SmackDown, a Fatal-4-Way has been announced for the Intercontinental Championship, next week where the champion Apollo Crews will defend against Big E, Sami Zayn, and Kevin Owens. The match was made official after a Nigerian Honor ceremony hosted by Crews and Commander Azeez was ruined by E, Zayn, and Owens.

Crews went to meet Adam Pearce in his office as he wanted the WWE Official to do something about the interruption in the ceremony. He was rather awarded a surprise title match defence. Crews were definitely not happy with the decision while Pearce’s assistant Sonya Deville was also reluctant on making this match.

WWE has also announced a special programming line-up for WrestleMania Backlash, this Sunday. It begins at 10 AM ET (May 16) with the Best of Backlash streaming on YouTube, Facebook, and Twitter.

Matt Camp, Ryan Pappolla, Queen of the Ring Alex Pagan, and Sam Roberts will then host the Ultimate WrestleMania Backlash show with a fantasy booking of their ultimate card. This show will air at 4 PM ET via Peacock, WWE Network, YouTube, Facebook, and Twitter.

A WWE Watch Along Livestream will also begin at 7 PM ET on all WWE social media platforms, hosted by Kayla Braxton and WWE’s The Bump panel. The stream will continue after the pay-per-view as a post-show. Former WWE Women’s Tag Team Champion Shayna Baszler, WWE Hall of Famer Mark Henry, Savio Vega, and Mansoor are announced to be the guests in this Watch Along party.

Triple Threat for the WWE Title

Damian Priest vs. The Miz

Denial of responsibility! NewsUpdate is an automatic aggregator around the global media. All the content are available free on Internet. We have just arranged it in one platform for educational purpose only. In each content, the hyperlink to the primary source is specified. All trademarks belong to their rightful owners, all materials to their authors. If you are the owner of the content and do not want us to publish your materials on our website, please contact us by email – [email protected]. The content will be deleted within 24 hours.
Backlashbest sports newschampionscrownedlineupnews update sportsnewsupdateprogram

FIFPro sounds alarm over player workloads ahead of Champions…