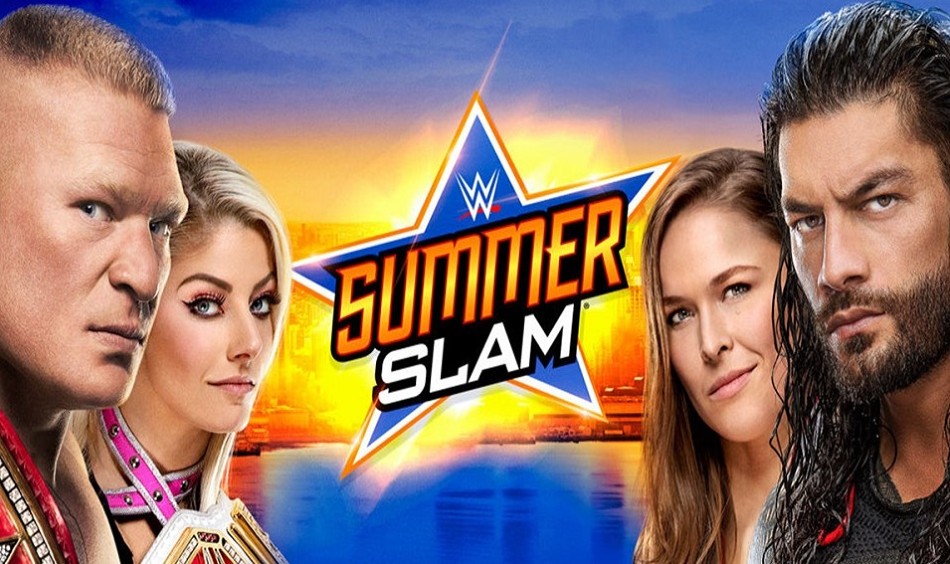 Bengaluru, May 21: The 2021 edition of WWE SummerSlam pay-per-view will reportedly be taking place at Las Vegas, Nevada. Sports Illustrated reports that the second biggest event in the WWE calendar has been internally confirmed for the state of Nevada. Since PWInsider also pointed out the same, the August show seems to be heading to Vegas this year.

WWE is yet to officially confirm SummerSlam and its date as it stands, while recent reports claim that the event is scheduled for August 22. The host venue’s name hasn’t been revealed by the sources but WWE usually runs the summer’s biggest event either at MGM Grand Garden Arena or the T-Mobile Arena in Vegas.

Previously, reports claimed that WWE wanted to hold SummerSlam in an outdoor stadium setting. If that appears to be true then it should be held at Allegiant Stadium in Vegas. Allegiant does not offer a retractable roof but the outdoor setting is available along with its special roof and doors.

The rumour was that SummerSlam 2021 will be the 1st PPV after WrestleMania 37 to feature fans live in attendance. But Sports Illustrated has also mentioned that Money In The Bank 2021 is set for July. This PPV should mark the return of live fans from Texas as WWE finally leaves their ThunderDome facility in Florida.

According to Wrestlevotes, FOX Officials are playing a key role in the return of the fans as they made it clear to WWE that they want live crowds for the shows as soon as possible, just like other sporting events around the USA.

“Heard from a very reliable source that FOX has privately pushed for a return to live crowds over the past few weeks, actively seeking updates on timeframes, etc. They’d like their billion dollar investment on the same playing field as the MLB, NBA & others.”

New WWE Network commercial confirming that MITB will be the next PPV after HIAC, a first look at Untold Nexus, and confirming the return of Ruthless Agression to the network pic.twitter.com/lFVk9HMpiP

Check out the details of remaining PPV events of 2021:

* June 20: Hell In a Cell from the ThunderDome at the Yuengling Center in Tampa, Florida

* July 18: Money In the Bank from Texas, city and venue TBA

* September: Clash of Champions from TBA

Denial of responsibility! NewsUpdate is an automatic aggregator around the global media. All the content are available free on Internet. We have just arranged it in one platform for educational purpose only. In each content, the hyperlink to the primary source is specified. All trademarks belong to their rightful owners, all materials to their authors. If you are the owner of the content and do not want us to publish your materials on our website, please contact us by email – [email protected]. The content will be deleted within 24 hours.
best sports newsFansFulllineupnews update sportsnewsupdatePPVreportedly

Mammals can use their intestines to breathe

Mzilikazi appeals most in feature event

The Quarry Hands-on Preview: Until Dawn’s Formula Is…