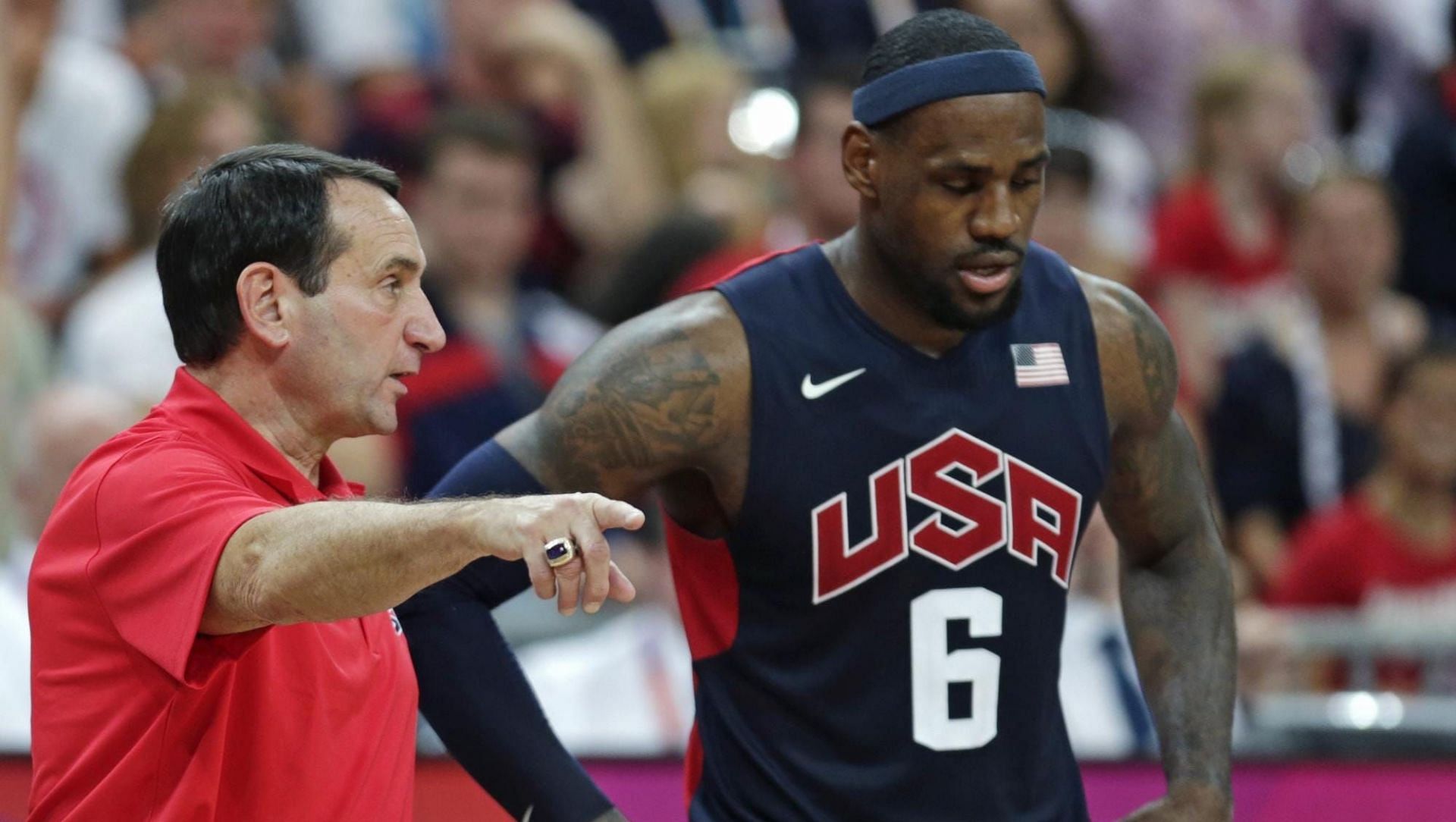 Heading into the 2008 Olympics, the roster featured a plethora of talent and was a runaway favorite to win gold. But Krzyzewski still had a challenge to overcome: getting the respect of some of the NBA’s best players.

Krzyzewski is one of the most legendary college coaches ever at Duke. But now he had elite NBA players on his hands, and “Coach K” quickly realized he would have to learn to communicate differently.

Although Team USA had an advantage with its pure talent, it wasn’t as smooth sailing as many might have believed. In an article by Ian O’Connor of Sports Illustrated, it appears as if there were some problems behind the scenes with the relationship between Bryant and James.

O’Connor reported that Bryant, a seasoned player, looked “bored” at times throughout some games. James, a rising star still looking to find his own voice, was often seen as an up-and-coming presence on Team USA.

After a game in which Bryant seemed to be taking a number of difficult shots, James had some words for his coach.

A passage from the article said:

“They know when another player is being selfish. Players can police themselves, but this instance, as LeBron was coming out of the game, he said to Mike, ‘Yo, Coach, you’d better fix that mother*****r,’ as he walks by. He was talking about Kobe.”

In his new book, @Ian_OConnor explores Mike Krzyzewski, leader of Team USA, and we get some real 🤯 moments trib.al/3vLa35V

.@KingJames to Coach K, on an off-day Kobe: “Yo, Coach, you’d better fix that motherf—–.”In his new book, @Ian_OConnor explores Mike Krzyzewski, leader of Team USA, and we get some real 🤯 moments trib.al/3vLa35V

Duke coach Mike Krzyzewski had previously had a meeting with the entire team and asked the players what they wanted to be their foundation. Each player voiced their opinion about what it would take to bring home the gold.

Kobe Bryant was at the peak of his career. But there was plenty of young talent on the roster, and LeBron James said each player needed to be held accountable.

O’Connor revealed that Coach K met with his staff to discuss the situation before privately meeting with Bryant the following day before a flight.

After showing Bryant examples of questionable shots, Krzyzewski looked at Bryant’s face and told him those were “bulls*** shots.” Bryant acknowledged the criticism and responded positively, stressing that he understood the message.

Behind-the-scenes stories of legends can be fascinating. When it came to the Olympics and Team USA, even one of the greatest coaches in NCAA history had to adjust to the personalities of the best NBA players.

Denial of responsibility! NewsUpdate is an automatic aggregator around the global media. All the content are available free on Internet. We have just arranged it in one platform for educational purpose only. In each content, the hyperlink to the primary source is specified. All trademarks belong to their rightful owners, all materials to their authors. If you are the owner of the content and do not want us to publish your materials on our website, please contact us by email – [email protected]. The content will be deleted within 24 hours.
BasketballBeijingbest sports newsBryantsCoachconversationfixIan

Eric Kay verdict is the start of a long, sad road for Angels, MLB and Skaggs family