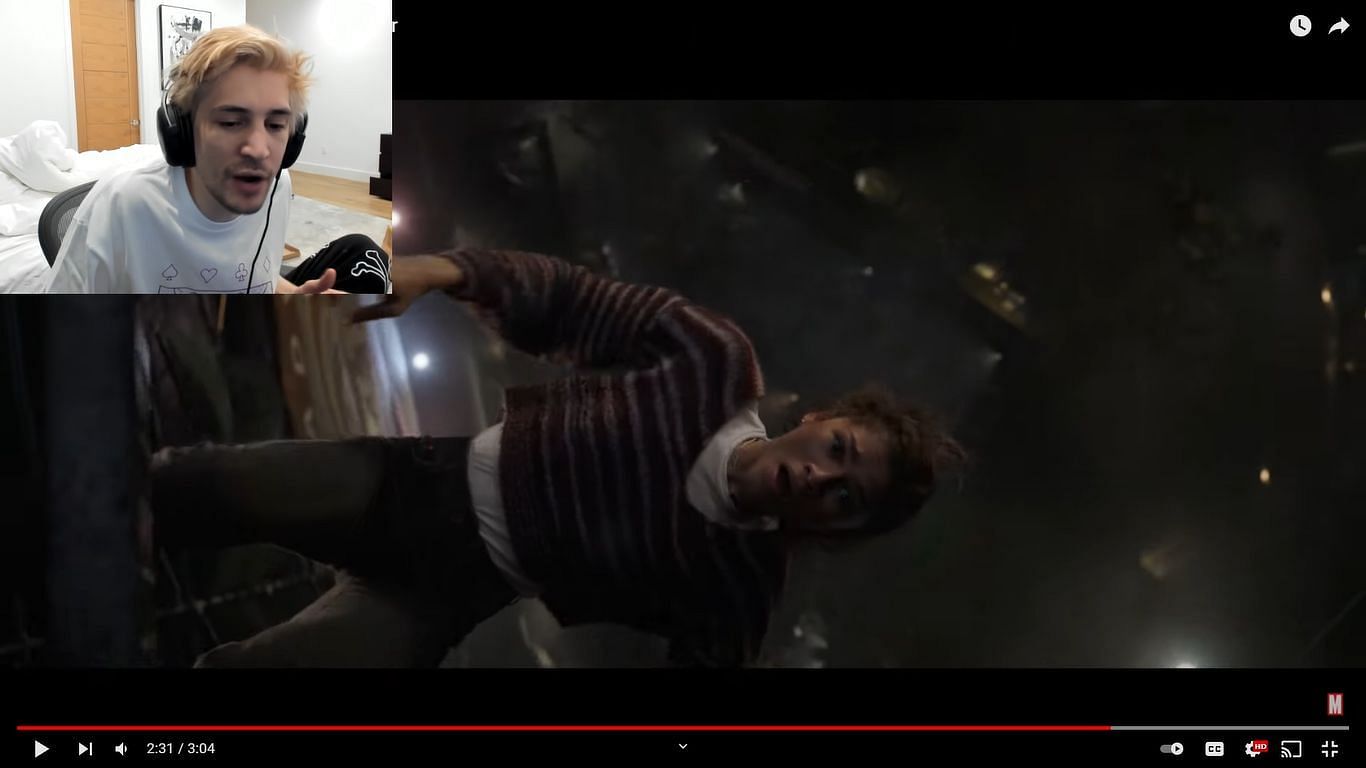 Spider-Man: No Way Home‘s official trailer is out, as expected, Felix ‘xQc’ Lengyel shared his two cents on it.

The trailer is quite spectacular, with Tom Holland as Spider-Man taking on an array of villains, including the infamous yet beloved Green Goblin and Dr. Otto Octavius.

While xQc seemed to like the trailer, the role that repulsed him the most was that of Zendaya Coleman, who plays Michelle “MJ” Jones. MJ can be seen amid all the chaos that unfolds in the trailer, with Spider-Man having to save her on numerous occasions.

xQc was rather unimpressed with this mechanic. He slammed the character for showing up in the most dire circumstances with absolutely no powers. This, according to the Canadian streamer, makes Spider-Man’s task an uphill one!

xQc unimpressed with MJ being present in almost every scene in Spider-Man: No Way Home

Spider-Man’s identity is revealed in the new movie and the webslinger realizes how tough it is to separate his normal life as Peter Parker from the high stakes role of being a superhero.

xQc is of the view that his role has become even more complicated with his girlfriend MJ being involved in every other scene. Here’s what he said:

“Why is she everywhere? Why is she in every scene? Don’t get me wrong. If the hero was the girl and the boy was around, I’d have the same take. Why is she f****ng everywhere dude?”

xQc went on to reveal how her presence in scenes when Spider-Man and Dr. Strange are trying to save the world makes no sense at all, considering she’s a normal human and can’t survive a fall from a tall building.

He continued his rant and explained:

xQc also commented on the MCU when the first teaser for Spider-Man: No Way Home came out, and couldn’t hold himself back from taking a dig. He followed up his statement with a bizarre impersonation of Marvel superheroes.

With confusing body movements and gestures coupled with disastrous voiceovers, it’s safe to say that his impersonation was nowhere close to accurate, which of course left his viewers in stitches.

Denial of responsibility! NewsUpdate is an automatic aggregator around the global media. All the content are available free on Internet. We have just arranged it in one platform for educational purpose only. In each content, the hyperlink to the primary source is specified. All trademarks belong to their rightful owners, all materials to their authors. If you are the owner of the content and do not want us to publish your materials on our website, please contact us by email – [email protected]. The content will be deleted within 24 hours.
best sports newsEsports & Gamingfeaturefnghomenews update sportsnewsupdatepowerless

You Need a Password Manager. Here Are the Best Ones