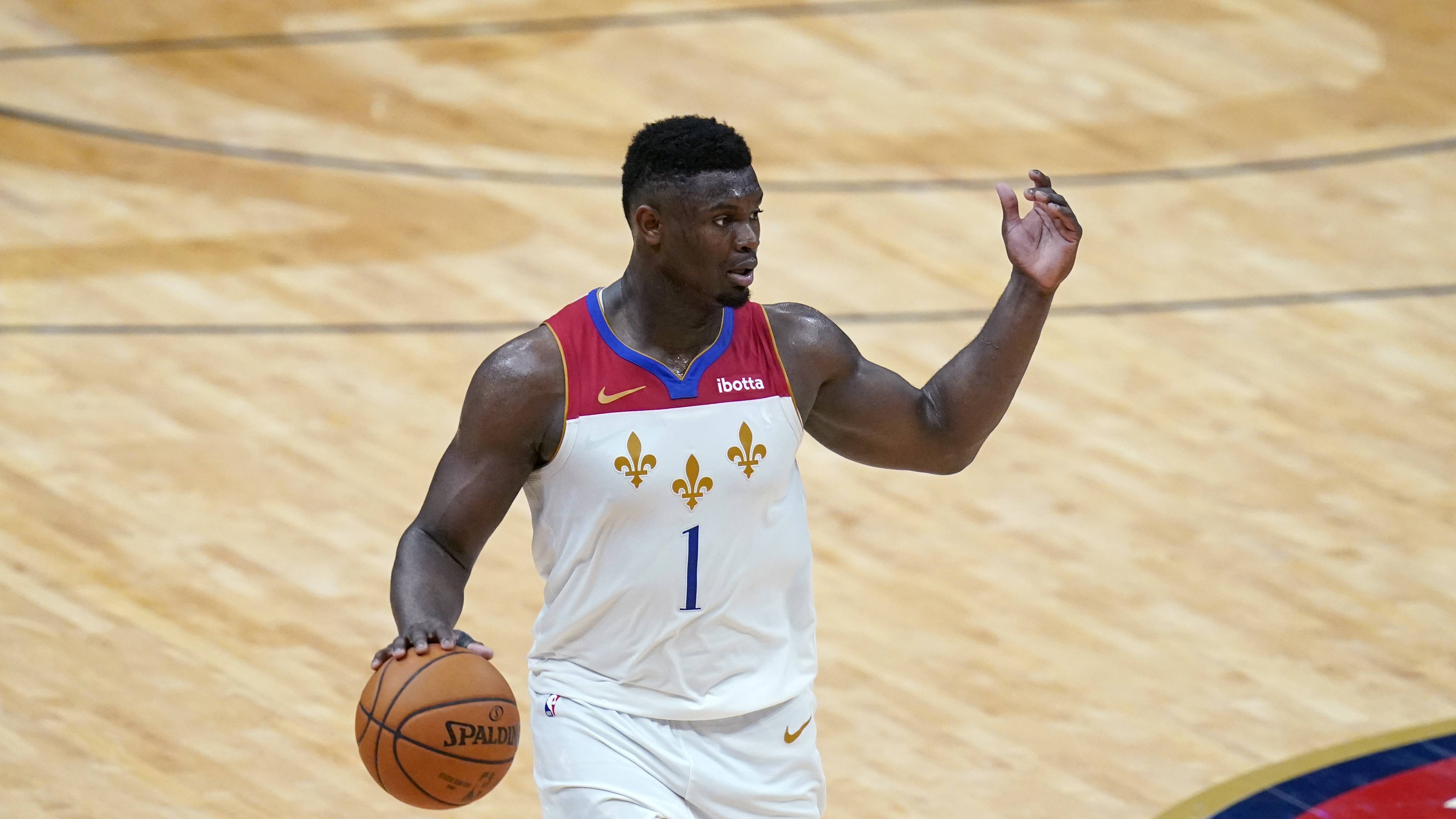 Zion Williamson Has No Timeline for Return; Injury Will Be Re-Evaluated in 2 Weeks

New Orleans Pelicans forward Zion Williamson is going to miss the start of the regular season after having surgery on his foot.

David Griffin, Pelicans executive vice president of basketball operations, announced on Thursday his All-Star forward has no timetable to return and will be re-evaluated in two weeks.

During Pelicans media day on Sept. 27, Griffin told reporters that Williamson had offseason surgery to repair a fractured fifth metatarsal bone in his right foot.

“He had a fractured right foot that was repaired surgically,” Griffin said. “His timeline should get him back on the court in time for the regular season. That would be our hope and our view. And we’re very optimistic about what that looks like.”

Any injury to the 21-year-old is sure to cause some worry considering he didn’t even make his debut as a rookie in 2019-20 until January because of concerns about his health. He appeared in 24 games that season but was still selected to the All-Rookie first team.

Williamson was even more dominant in his second season and made his first career All-Star Game while averaging 27.0 points, 7.2 rebounds and 3.7 assists per game and shooting an impressive 61.1 percent from the field.

Williamson is the team’s most important player for this season and the future, so the Pelicans will want to ensure he is fully ready to go when it comes to returning from any setback.

With Williamson sidelined, look for the combination of Naji Marshall, Jaxson Hayes and Willy Hernangomez to see more playing time.

The Pelicans open the regular season on Oct. 20 against the Philadelphia 76ers.

Denial of responsibility! NewsUpdate is an automatic aggregator around the global media. All the content are available free on Internet. We have just arranged it in one platform for educational purpose only. In each content, the hyperlink to the primary source is specified. All trademarks belong to their rightful owners, all materials to their authors. If you are the owner of the content and do not want us to publish your materials on our website, please contact us by email – [email protected]. The content will be deleted within 24 hours.
best sports newsinjurynews update sportsnewsupdateReevaluatedreturnsports newssports update

Ray Fosse, Catcher Best Known for a Collision, Dies at 74

Best gaming laptops under 1 lakh to buy on Amazon

sony: Sony set to unveil the A7 IV mirrorless camera on…