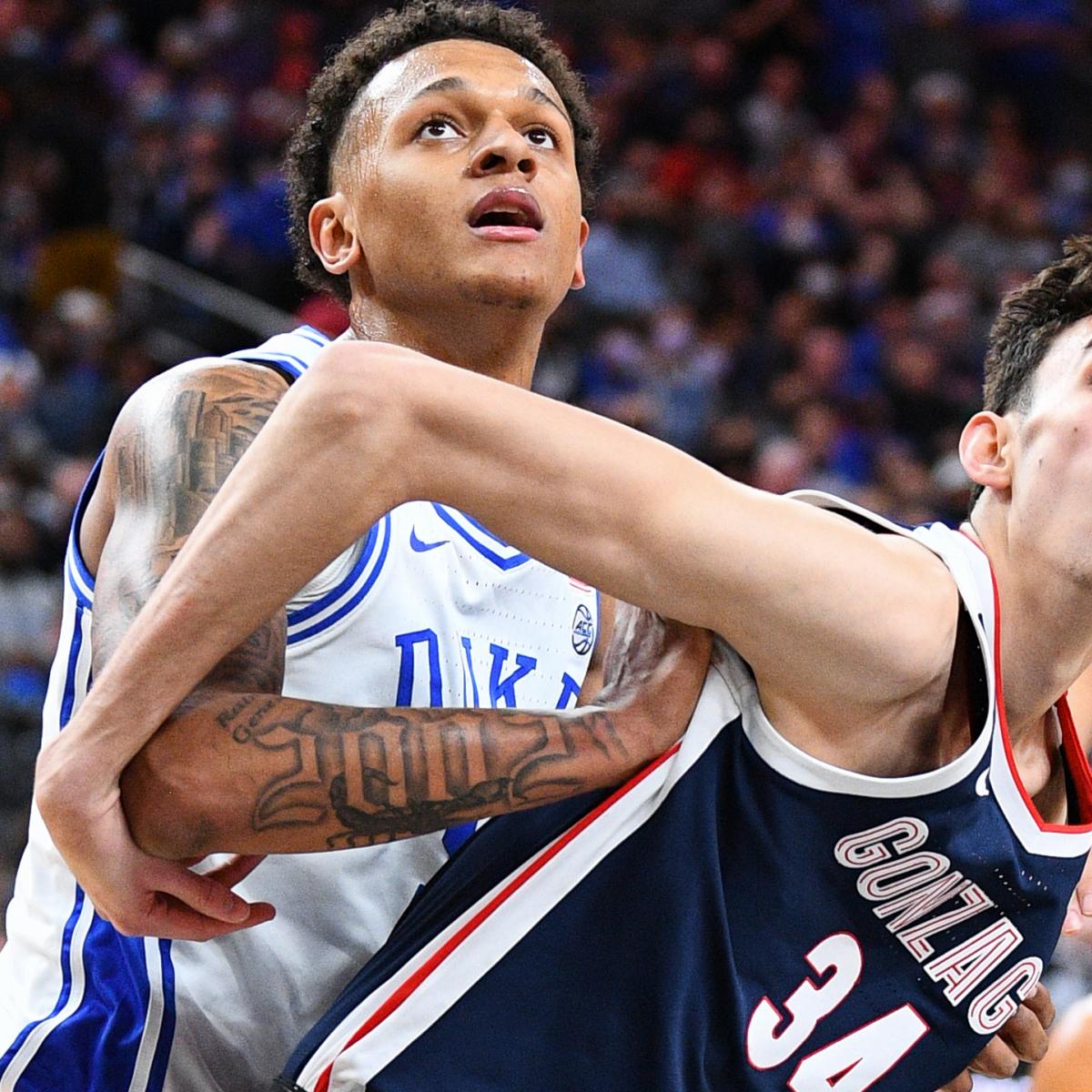 2022 Lottery Simulation and NBA Mock Draft: Who Would Blazers Take No. 1?

The Pistons would love to grab one of the draft’s top-three bigs, but Sharpe still comes off as an exciting backup plan for his athleticism and perimeter scoring between Cade Cunningham and Saddiq Bey. Given his 6’6″ size, effortless bounce, self-creation flashes and persuasive shot-making, he may even be undervalued at No. 6, where he could still be available only because of a lack of tape and experience.

The Pacers could experiment with the 6’6″, 222-pound Griffin as a small-ball shooting 4 next to Myles Turner. Or they could use Buddy Hield in a sixth-man role and draft Griffin, a more efficient scorer with superior defensive tools.

After trading for Domantas Sabonis to balance out the offense, the Kings could think rim protection and athleticism with Duren. They still haven’t fixed their defensive problems (No. 27 in NBA), and given Richaun Holmes’ down year on and off the floor, this may be too good of an opportunity to grab a physical center with a 7’5″ wingspan and serious hops for easy baskets and shot-blocking.

Daniels could be a terrific fit in New Orleans as a 6’8″, interchangeable guard who’s valued for passing and defense. The Pelicans already have their key scorers in place and could use more versatility and glue between Brandon Ingram, Zion Williamson and CJ McCollum.

Considering Lonnie Walker IV (restricted free agent) hasn’t made the jump, and it’s difficult to know what the Spurs really have in 19-year-old Josh Primo, the team could have a tough time passing on Davis’ shot creation, scoring potential and toughness. San Antonio hasn’t been known to consider needs or position in the draft, and the Spurs wouldn’t here with one of college hoops’ most productive, impactful guards.

The Wizards’ rotation could use more defensive-minded players, making Sochan an obvious target to consider in the late lottery. There isn’t a more versatile defender in the draft in terms of positional switchability, and at 18 years old, he still flashed enough shot-making, passing and off-ball finishing to feel optimistic about him offering value on offense.

With Mathurin on the board at No. 12, the Thunder could see a needed, athletic shooter or simply the best player available. They could plug-and-play him on the wing, where he’d provide instant transition offense and shot-making.

Charlotte has likely already discussed Williams, given its glaring need for a rim protector and the sophomore’s clear improvement and impact at Duke.

The Cavaliers could see a shooting specialist in Agbaji, who’d also give them another transition weapon and competent wing defender.

Denial of responsibility! NewsUpdate is an automatic aggregator around the global media. All the content are available free on Internet. We have just arranged it in one platform for educational purpose only. In each content, the hyperlink to the primary source is specified. All trademarks belong to their rightful owners, all materials to their authors. If you are the owner of the content and do not want us to publish your materials on our website, please contact us by email – [email protected]. The content will be deleted within 24 hours.
best sports newsBlazersDraftlotteryMockNBAnews update sportsnewsupdate

EOS Was the World’s Most Hyped Blockchain. Its Fans Want It Back