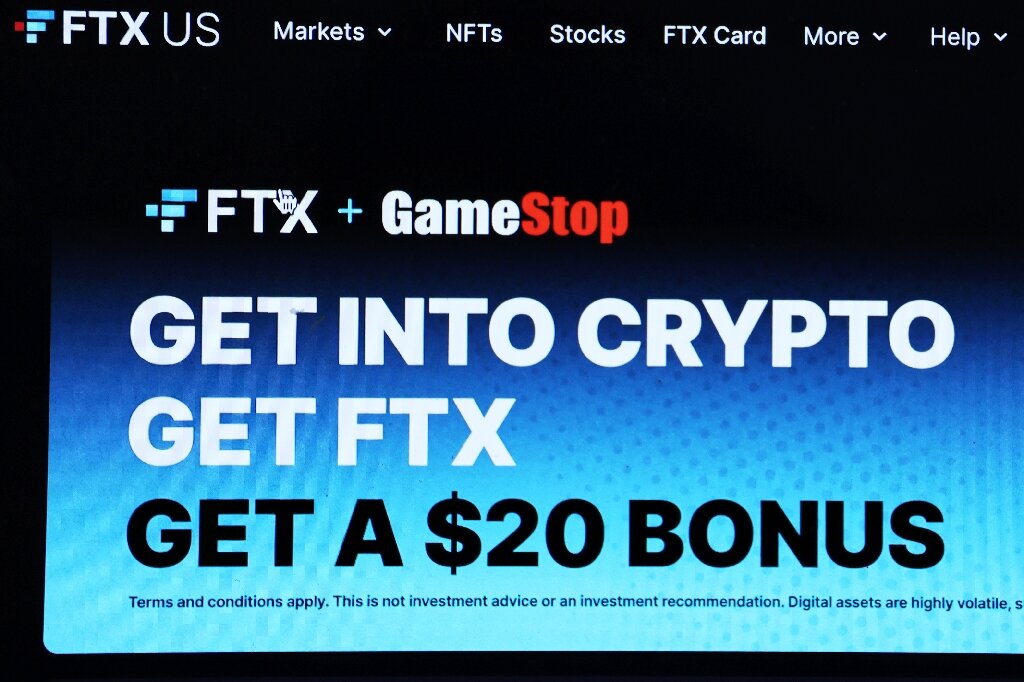 The failure of the FTX platform has undermined investor confidence and threatened the young cryptocurrency sector, pushing its main players to mobilize to save it.

The boss of the largest cryptocurrency exchange platform, Binance, did everything to reassure investors on Tuesday.

“The projects that survive this difficult time will be much stronger later on,” said Changpeng Zhao in response to questions from Internet users on Twitter.

But for now, the market is shaken.

Cryptocurrencies are valued at $870 billion, according to data from Coingecko, a site that lists more than 13,000 of them through 600 exchanges.

The bankruptcy of FTX, which even in early November was still considered one of the most reliable platforms, is a reminder to investors of the sector’s uncertainty.

The company must liquidate its cryptoassets and its stakes in companies to pay off its creditors, flooding the market.

Cryptocurrencies are already recovering from a similar crisis in the first half of the year when the cryptocurrency Terra saw its price collapse, dragging bitcoin down with it.

But this time around, FTX was an even bigger player.

“There are parallels to be drawn with Lehman Brothers”, the Wall Street giant whose bankruptcy in 2008 amplified the financial crisis, said Walid Koudmani, analyst at XTB, who told AFP that the possibility of an outright end to cryptocurrencies may even arise.

The fall in cryptocurrencies, however, comes in a rising global market, and seems to indicate that cryptoassets are not yet significantly correlated with the real economy.

“But I don’t think it’s going to fail as an industry, or as a concept,” said Koudmani.

For many observers, the survival of the sector will see a calming down period far from those first decentralized and deregulated ideals.

In 2017, bitcoin saw its price soar before collapsing, but after several lean years, nicknamed “crypto winter”, it came back with a vengeance at the end of 2020, rising to a record almost $65,000 at the start of 2021.

Marion Laboure, analyst at Deutsche Bank, said she believed the setbacks of FTX would help clean up the sector.

“We believe this second ‘crypto winter’ will be a net positive because the FTX collapse will edge the crypto ecosystem closer to the established financial sector,” she said.

For now “market concentration is greater than ever, with Binance being the biggest winner”, Laboure said.

“They’re trying to pour water on the fire, but if you followed the FTX situation, Binance had quite an important role,” added Koudmani

It remains to be seen whether the current main players, exchange platforms such as Binance and Coinbase, will be among the survivors.

They allow users to buy and sell cryptoassets, but also offer more or less complex derivative products on these already very volatile assets, and are at the heart of the ecosystem.

But they are often based in regions with loose legislation: FTX is headquartered in the Bahamas, while Binance has no centralized headquarters, making the job of regulators difficult.

The bankruptcy of FTX is causing some users to withdraw their funds because they fear that their buying platform has also used their cryptoassets to invest.

Among the platforms in turmoil, the most important is now Crypto.com, whose boss has acknowledged an erroneous transfer of several hundred million dollars, but claims to have recovered the funds.

Binance, for its part, claims to have the necessary liquidity to face the crisis, and says it is ready to publish “proof”.

Zhao announced on Monday the launch of a rescue fund and also proposed the creation of an industry body that would bring together the biggest players in the sector. But he also said he was going to rescue FTX early last week, before giving up due to the magnitude of the task.

Denial of responsibility! NewsUpdate is an automatic aggregator around the global media. All the content are available free on Internet. We have just arranged it in one platform for educational purpose only. In each content, the hyperlink to the primary source is specified. All trademarks belong to their rightful owners, all materials to their authors. If you are the owner of the content and do not want us to publish your materials on our website, please contact us by email – [email protected]. The content will be deleted within 24 hours.
best technology newscollapsecryptocurrencyfightsFTXnews update technewsupdatesector

Pollard retires from IPL: A look at the MI all-rounder’s stats and records