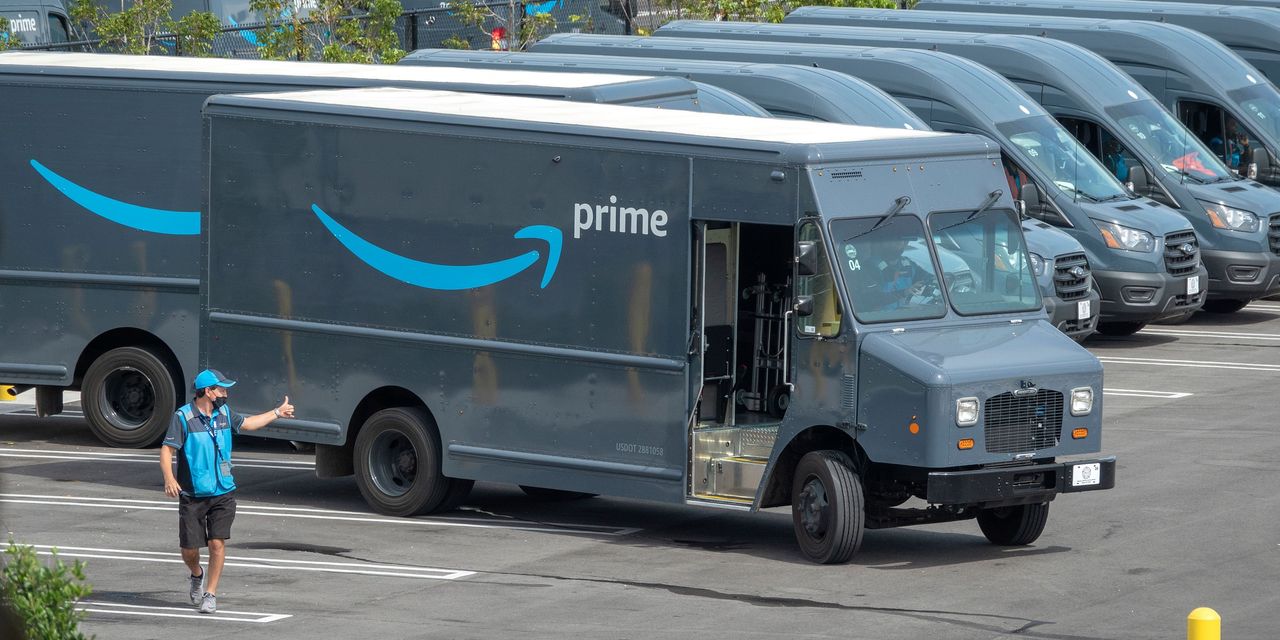 Amazon’s Prime Day Is Earlier Than Usual This Year. Here’s When It Is and What to Expect.

This year’s Prime Day, running on Monday and Tuesday and a month earlier than it typically does, creates a likely revenue surge for

during a summer period when sales can slow. As Amazon’s event has grown, so too has its importance for the company and its competitors, many of which now have their own deal days.

is holding a “Deals for Days” event from Sunday to Wednesday, while

and others are also promoting sales.

Here’s what you need to know about Amazon Prime Day 2021 and its influence throughout retail.

Why is Prime Day happening earlier this year?

Amazon launched Prime Day in 2015 as a way to boost sales. The event has emerged as a smaller-scale, summer version of Black Friday that is a kickstarter for online shopping in an otherwise slow period. And it has also offered an important boost to Amazon’s quarterly revenue. Amazon’s U.S. Prime Day sales are expected to increase 18% from the previous event to $7.3 billion, according to research firm eMarketer. Amazon doesn’t report its total Prime Day figures, but the retailer in October said sales by its third-party sellers surpassed $3.5 billion for the 2020 event.

Amazon Chief Financial Officer Brian Olsavsky in April said the company moved Prime Day earlier because of transportation constraints due to the Independence Day holiday. Mr. Olsavsky also said the earlier date made it easier for vendors and selling partners. Moving Prime Day to June will also juice up the company’s second-quarter financials. Like many retailers, Amazon’s April through June quarter this year will be the first time year-over-year sales changes will be comparable with the start of the pandemic last year, when Amazon’s sales ballooned due to high demand for online shopping.

How big has Prime Day gotten?

Analysts closely follow Prime Day not only because of its impact on Amazon but also due to its influence throughout the retail sector. Amazon competitors such as Walmart and Target years ago began offering their own deals around Prime Day to grab shoppers already online for Amazon’s event. Including sales from other retailers online, Prime Day will generate roughly $12.18 billion in sales in the U.S., a 17% increase from the last Prime Day, eMarketer predicts. Amazon has invested more into the event as its popularity has increased, hosting Prime Day concerts and announcing exclusive deals with celebrities such as the singer Lady Gaga.

Amazon has seen an increased amount of competition in recent years. As the company’s power has grown and been more scrutinized, some smaller e-commerce players have championed themselves as non-Amazon options. New York-based ShopIN.nyc, for example, which pools inventories from local businesses to create a local version of Amazon-like services, advertises itself as being faster to deliver products than Amazon. Retailers such as

and J.Crew Group Inc., meanwhile, have in recent years started their own marketplaces to reel in more brand-loyal customers.

Amazon critics have also often used Prime Day as an opportunity to air grievances with the company’s treatment of its hourly warehouse workers. Some employees have complained about the rate at which they have to fulfill packages and a strict system inside warehouses that tracks their every movement, with more pressure on delivering packages during Prime Day and the holidays. Some workers have previously held walkouts during the shopping event.

Are Prime Day deals worth it?

Retailers offer significant discounts throughout Prime Day across categories. Last year, toys on average sold for 7.8% less online during the event, while electronics sold for 7.1% less, according to

Amazon this year is promoting up to 50% off from its devices line, which typically consists of bestselling items such as its Echo smart speakers. Other Amazon devices are listed for discounts of as much as 30%, and some TVs or laptops are selling for 20% off or more.

How should customers navigate Prime Day?

Consumers have an array of options when foraging online through the sales event. Ample review sites rank deals and link to promotions, while browser extensions such as InvisibleHand compare prices across the web.

But shoppers should also be wary. Amazon is still a minefield for fake reviews. Some items have thousands of fraudulent reviews. Some sellers have influenced rankings, typically by offering customers refunds or other deals to provide high ratings, with social-media sites often serving as a communications channel for the transactions.

Amazon on Wednesday called on social-media companies to work together in solving the issue, which Amazon has said runs against its policies. The retailer said it stopped more than 200 million suspected fake reviews in 2020 before customers saw them. It said in the first three months of this year, it reported to social-media firms more than 1,000 groups that appeared to foster fake review transactions.

How has Amazon’s influence affected other businesses?

While not all retailers offer Prime-like deals, many businesses have had to emulate Amazon to stay competitive. Some small businesses that don’t sell on Amazon have felt forced to provide one or two-day shipping to keep up with customer expectations set by the retail giant.

Many businesses have turned to platforms such as Shopify to set up their e-commerce operations.

which has seen tremendous growth in the past year, gives access to cloud-based third-party services such as payments and fulfillment while allowing merchants to maintain more control of their branding and customer relationships than larger marketplaces. The service also enables businesses to list merchandise on the bigger marketplaces offered by Amazon,

Denial of responsibility! NewsUpdate is an automatic aggregator around the global media. All the content are available free on Internet. We have just arranged it in one platform for educational purpose only. In each content, the hyperlink to the primary source is specified. All trademarks belong to their rightful owners, all materials to their authors. If you are the owner of the content and do not want us to publish your materials on our website, please contact us by email – [email protected]. The content will be deleted within 24 hours.
Loading...
Loading...
AmazonAmazon.comAmazonsAMZNappliance storesBBYBest Buybest technology news

Tokyo Olympics to allow limit of 10,000 local fans in venues