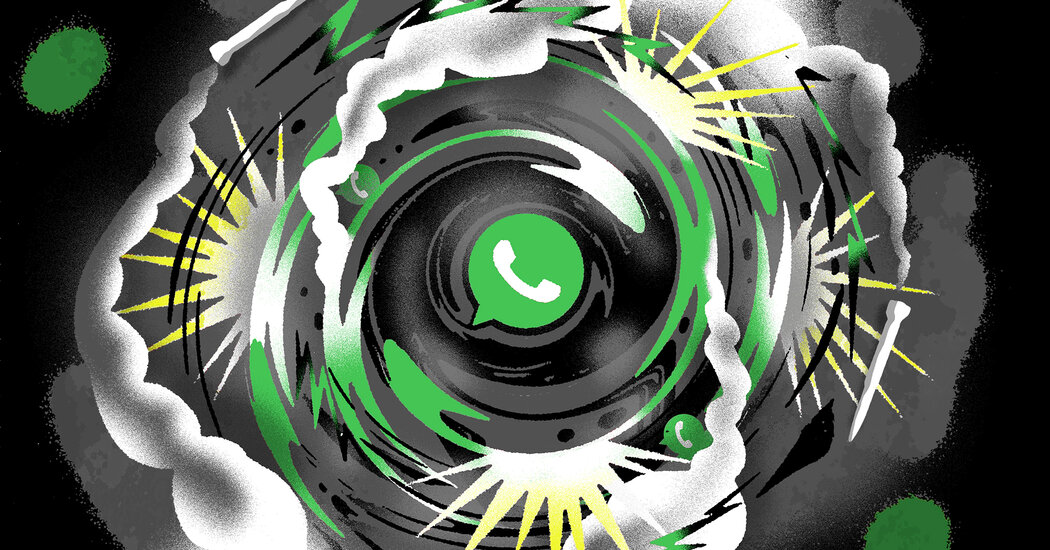 An Old Conflict With Digital Twists

This article is part of the On Tech newsletter. You can sign up here to receive it weekdays.

My colleague Sheera Frenkel has a unique perspective on what happens when the modern mechanics of the internet combine with an old conflict.

She reported from the Middle East for years, and now is assessing the influence of technology on the recent escalation of violence between Israelis and Palestinian citizens of Israel.

Sheera this week reported on Israeli extremists organizing mob ﻿attacks on WhatsApp in novel and scary ways, and she wrote about false online claims and conspiracies that inflamed tensions. But the same social media and communications tools that some people have used as weapons are also giving people caught up in the violence a voice to share their experiences.

The latest Israeli-Palestinian conflict encapsulates the best and worst of digital life, and Sheera talked to me about the complexities.

Shira: What did you find unusual about the WhatsApp groups of Israeli extremists organizing violence against Palestinians?

Sheera: I was caught by surprise at just how explicit people were. They were doing things like setting a time and place to smash windows of Palestinian-owned businesses and coordinating to make sure they weren’t targeting Israeli businesses by mistake.

Explicitly calling for violence against individuals tends to be a red line for Facebook, which owns WhatsApp, and other technology companies. They make a distinction between posting something general like “death to all men” and openly directing attacks against certain people.

How does this compare to other extremist violence online?

What I saw in the Israeli WhatsApp groups was a notch different from what we’ve seen in India or Myanmar or at the Capitol riot in January where people spread hate or misinformation online, but it wasn’t targeted at individuals or businesses. I and people who study misinformation had never seen organized violence on social media or communications apps in quite this way.

Did you find extremist Palestinians using WhatsApp to organize their attacks, too?

There has been Palestinian violence against Israelis, but we didn’t find online mobilization in the same way. One Israeli official told me, in dark humor, that there is so much surveillance of Palestinians by the Israeli police and security forces that WhatsApp mobs would be found before they had a single member.

Who deserves blame? Are tech companies responsible for WhatsApp mobs and for false online claims that inflamed tensions between Israelis and Palestinians? Or are humans at fault?

Renée DiResta, a misinformation researcher, talks about human bias or fallacy as a foundation for false online narratives. While technology companies facilitate this, misinformation about this conflict and others take hold because people in positions of power on both sides share, endorse and accelerate ideas that denigrate people.

Many of my Palestinian and Israeli friends have been shocked by the violence that’s happening among friends and neighbors. But humans are responsible for the hatred, and so are politicians who fail to effectively stop extremists from carrying out violence.

I expected you to blame Facebook and other tech companies more.

I mostly agree with tech companies’ statements that technology is agnostic. It’s not created to hurt people. And I’ll give WhatsApp credit for taking measures like restricting how many times messages can be forwarded. That’s a first step to keep misinformation and mob violence from spreading further and faster.

There is. Researchers and journalists find that we wind up being free research arms for Facebook and other rich companies. We find misinformation, hate speech and violent mobs organizing on their services. The company could have gone out and proactively looked for and found these extremist WhatsApp mobs, the way that I did.

Compared with the prior violence that you’ve covered in the region, does it feel like social media is helping the world witness and understand what’s happening?

How do we fight disinformation? Join Times tech reporters as they untangle the roots of disinformation and how to combat it. Plus we speak to special guest comedian Sarah Silverman. R.S.V.P. to this subscriber-exclusive event.

At its best, social media gives us a window on the lives of other people and in their own voices. I saw that in Gaza in 2014 and again during the last two weeks with posts and videos that make you feel what it’s like to be a Palestinian or an Israeli hiding from airstrikes or rockets.

It is helping the world understand, but I wonder if these people posting on social are sometimes speaking past one another. Palestinians mostly aren’t making videos that are intended to show Israelis what their lives are like, and the same for Israelis. These people in close geographic proximity to each other largely aren’t watching each other’s lives.

Who knew that house doors could be so beautiful?

We want to hear from you. Tell us what you think of this newsletter and what else you’d like us to explore. You can reach us at [email protected]

If you don’t already get this newsletter in your inbox, please sign up here. You can also read past On Tech columns.

Denial of responsibility! NewsUpdate is an automatic aggregator around the global media. All the content are available free on Internet. We have just arranged it in one platform for educational purpose only. In each content, the hyperlink to the primary source is specified. All trademarks belong to their rightful owners, all materials to their authors. If you are the owner of the content and do not want us to publish your materials on our website, please contact us by email – [email protected]. The content will be deleted within 24 hours.
best technology newsConflictdigitalnews update technewsupdatetech newstech updateTwists

Mammals can use their intestines to breathe