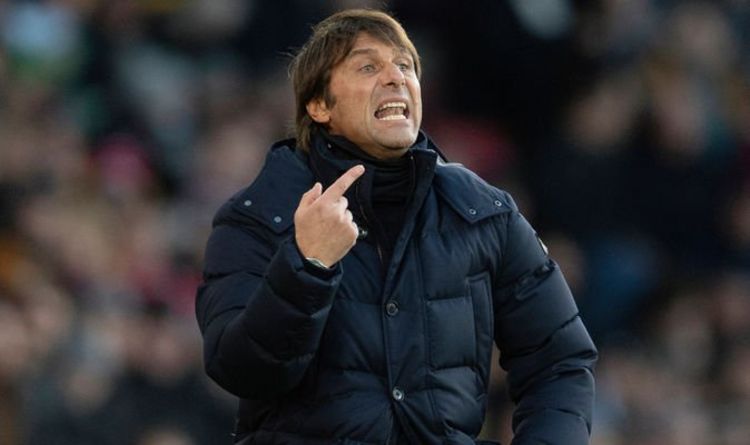 Tottenham boss Antonio Conte has been tipped to quit the club after just under three months in the job. Ex-Spurs midfielder Jamie Redknapp feels the Italian manager may grow impatient with Daniel Levy if his transfer demands are not met.

Conte wants to bring in reinforcements this month as the chase for the Champions League spots heats up.

But if the 52-year-old is not backed by Levy then Redknapp reckons he will walk away, despite only moving to north London in November.

“He’s been proven in the past, if he doesn’t get the players, he’ll leave,” Redknapp told Sky Sport. “He’ll go somewhere he feels he’s going to get backed.

“This manager has to be backed. If Tottenham want to go anywhere, this is the best opportunity they’ve had in a while.

“They’ve got a manager in, the players adore him, they say the training is fantastic, everything is right.

“Get the right players in, back him. You’ve got a chance of going somewhere under this fella.”

Levy has yet to sanction any incoming transfers this month and time is ticking with the window set to close on January 31.

Tottenham were convincingly beaten by Chelsea 2-0 in the Carabao Cup semi-final in midweek which highlighted the difference in quality between the two squads.

“Those interviews after those two games were interesting, [Conte] was like a different animal after the cup games, saying he needs his players and that the club has to back him,” Redknapp added.

“I think the players respect that as well.

“Three players they’re saying they want to get in. Traore as a wing-back, they need someone to play there. Doherty played there the other day but they need to strengthen.”

“There is a demand, he’s improved them. They’re still the same players, don’t get me wrong they still have the same spots but he’s getting the most out of them and they are a lot better than what they were they are nine games unbeaten.

“I don’t know how long it’s been since they have been nine games unbeaten. Normally they’d lose two or three games in nine and they’re in a great position.”

Denial of responsibility! NewsUpdate is an automatic aggregator around the global media. All the content are available free on Internet. We have just arranged it in one platform for educational purpose only. In each content, the hyperlink to the primary source is specified. All trademarks belong to their rightful owners, all materials to their authors. If you are the owner of the content and do not want us to publish your materials on our website, please contact us by email – [email protected]. The content will be deleted within 24 hours.
Antoniobest sports newsConteDanielLevynews update sportsnewsupdateQuit

Hard-Core Home Bakers, This Is the Mixer of Your Dreams

Report: Sean Payton Has Not Committed to Return as Saints’ HC for 2022