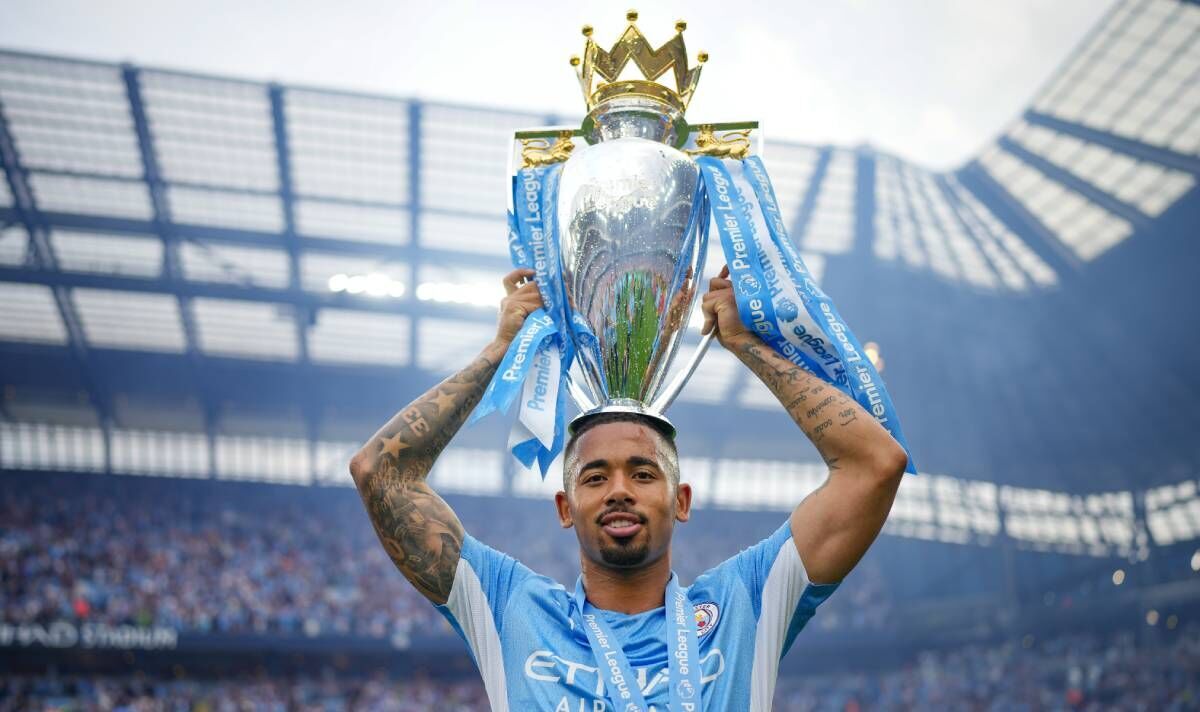 Mikel Arteta’s summer transfer plans have changed after Eddie Nketiah changed his mind about leaving Arsenal. The Gunners boss was originally on the lookout for two new strikers, with Gabriel Jesus a priority.

Jesus remains Arsenal’s top transfer target, and their interest in the Brazilian has not changed following the recent developments with Nketiah’s situation.

But it has shifted their overall plans, as the Gunners were originally chasing two forwards, but now manager Arteta is pursuing one big signing in the no.9 position. Arsenal were always keen to keep Nketiah, and his recent U-turn has majorly helped Arteta ahead of a hectic summer transfer window.

According to The Athletic, Nketiah is on the verge of signing a new five-year deal, and the 22-year-old could receive wages of £100,000-a-week to stay at Arsenal. But the revelation with Nketiah has not changed Arsenal’s stance over Jesus, and the Gunners are still extremely interested in signing the Manchester City no.9.

But Jesus is still said to be open to a move to north London despite the fact that Arsenal will be playing in the Europa League next season and he could be the man to help them climb into the top four after failing this time out. Should they complete a deal, Arteta’s daunting chase for striking options will be over much quicker than earlier anticipated.

Arsenal have also been linked with a move for Dominic Calvert-Lewin, although Everton were reportedly holding out for a mammoth £60million to allow him to leave Goodison Park. However, with their financial situation not great, it’s expected that they may sell either Calvert-Lewin or Richarlison this summer.

But now Arteta may not have to consider him as an option, as Arsenal are going all out to strike a deal with Jesus’ representatives. And although there is yet to be official confirmation over Nketiah’s deal, it’s reportedly very close.

Arteta may have missed out on Champions League football for next season and with Thursday night games their chances of climbing back into the top four are increasingly slim. But with a pair of committed strikers, there is every chance that they could defy the odds, or even win the Europa League and qualify via a different route.

Denial of responsibility! NewsUpdate is an automatic aggregator around the global media. All the content are available free on Internet. We have just arranged it in one platform for educational purpose only. In each content, the hyperlink to the primary source is specified. All trademarks belong to their rightful owners, all materials to their authors. If you are the owner of the content and do not want us to publish your materials on our website, please contact us by email – [email protected]. The content will be deleted within 24 hours.
Arsenalbest sports newsbigchangedGabrielJesusnews update sportsnewsupdate