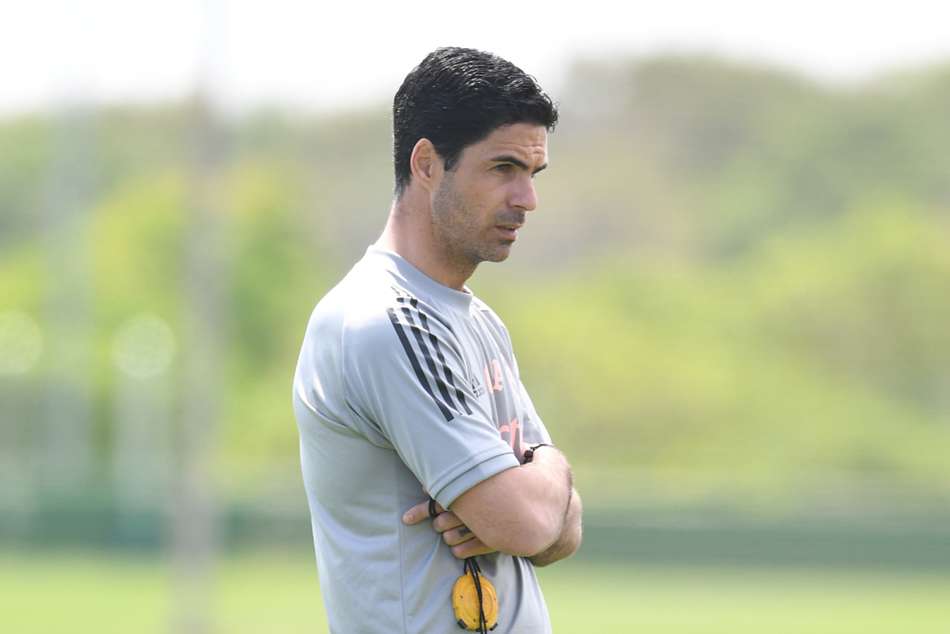 Arteta: Arsenal rid of those trying to hurt the club and winning Champions League has to be the aim

It has been a challenging campaign for Arsenal, who can still finish seventh by winning their final Premier League game against Brighton and Hove Albion.

But there have been 13 top-flight defeats this term for a side sitting ninth heading into Sunday’s finale, and their Europa League quest – and last route back to Europe’s top table next term – was ended by Villarreal at the semi-final stage.

Things on the pitch may not have always been how Arteta envisaged for his first full season in charge, but for the Spaniard ensuring the squad stayed together when he felt internal and external sources were trying to create a rift has been the most crucial aspect of the campaign.

“The best thing has been to keep a team, a staff, employees and everybody together,” Arteta said.

“In those circumstances when you are not winning and when there are so many people, some inside and some outside, that are trying to hurt [you].

“And to keep them together and block that and be so strong, I think that is some achievement. As normally when that happens [makes a cracking sound], that cracks and everything falls, and it didn’t.”

The likes of Mesut Ozil, Shkodran Mustafi and Sead Kolasinac were among those to depart Arsenal in January as Arteta significantly trimmed an inflated squad, though he did not point the finger of blame at any former player.

However, when asked if anyone on the inside he felt was trying to cause damage was still at the club, he replied: “No.”

Arsenal are eight points adrift of the top-four spots, and need Tottenham and Everton to drop points to play in the inaugural Europa Conference League.

Despite their struggles, Arteta still has lofty long-term ambitions for the Gunners including conquering Europe’s greatest prize.

“There cannot be any other ambition at this football club, it cannot be. If you don’t have that you can’t achieve it,” he added.

“Now the perception is different, now it’s an achievement to be third or fourth in this league. Would the fans agree with that? Probably no, but for the people internally that are working every day and knows the standards that have been set it’s so different.

“Last year with 61, 62 points you were fifth in the league and almost in the Champions League.

Denial of responsibility! NewsUpdate is an automatic aggregator around the global media. All the content are available free on Internet. We have just arranged it in one platform for educational purpose only. In each content, the hyperlink to the primary source is specified. All trademarks belong to their rightful owners, all materials to their authors. If you are the owner of the content and do not want us to publish your materials on our website, please contact us by email – [email protected]. The content will be deleted within 24 hours.
aimArsenalArtetabest sports newschampionsclubHurtLeague