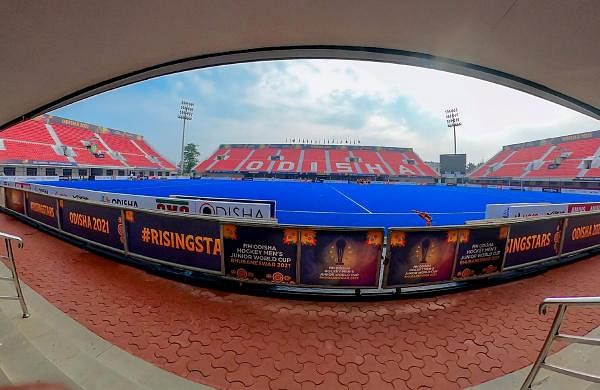 As Junior Hockey World Cup gets underway, India look to spot gen next

BHUBANESWAR: When Mandeep Mor led India’s junior side in the final of the Sultan of Johor Cup in October 2019, the squad was one with promise. After 766 days and a lost generation, the junior side will play their first competitive game in over two years when Vivek Sagar Prasad leads them onto the field against France in the Junior Hockey World Cup on Wednesday.

Thanks to the pandemic, the junior team’s programme has been barbecued. In a normal year, they play at least two or three international events. In the last two years though, their only action has been practice matches against the seniors inside the Sports Authority of India campus in Bengaluru. It’s important to place on record that most other teams’ junior programmes too suffered as a result of the pandemic. In fact, the South Africa junior squad, like India, played in multiple practice matches against the senior setup.

Even amidst all that churn and uncertainty, the management has been able to name a similar-looking squad to the one that played in Malaysia in 2019. Eleven of the 18 that played there will be in action in Bhubaneswar. Nobody needs an introduction to captain Vivek Sagar Prasad, he was in the senior squad that medalled at Tokyo.

But apart from Vivek, not a single player has made his senior debut. That’s why this tournament is going to be one of intrigue for Graham Reid and the senior management. It’s almost like the great unknown for them in the sense that they do not know how they will play when the pressure is on them. So trying to predict what will happen is a fool’s errand.

In 2016, that wasn’t necessarily the case because five of the 18 had already made debuts for the senior team while a few others were in the core probables list. So it wasn’t that much of a surprise when India won that event. That it also supplied a bulk of the Tokyo medallists (eight) re-emphasised the ‘Class of 2016’.

It’s why the upcoming event is going to be important. Hockey India are under no illusions and have even elevated Graham Reid as ‘chief coach’ of the junior men’s side (in 2016, both Harendra Singh and Roelant Oltmans were ‘coaches’). If they can find three-four players from this batch to straightaway make that jump, it will help the seniors who have three key events in the next three years: Asian Games (2022), World Cup (2023) and the Olympics (2024).

ALSO READ | Sans much of analysis, teams flying in blind for the Junior Hockey World Cup

Especially when a few of the veterans have already made way since the Olympics. The likes of Biren Lakra, Rupinder Pal Singh and SV Sunil have already announced their retirement or taking a break. Suffice to say there will be a few senior spots, spots that could potentially be filled by the players who will be on show over the next 10 days to two weeks.

That was the focus area during a press conference Reid had with a few scribes a month ago. When asked the kind of players he would be looking at this tournament, he focused on traits like speed and attitude. “Speed is an issue,” he said. “You can’t slow anymore and compete at the highest level. I think speed and the ability to perform your skills in the heat of battle is something that I always look for in a player. I want a player with a team-first attitude.”

But the Australian preferred to be coy when replying to a query on whether he would be looking at specific positions (Rupinder and Biren are defenders so there’s two slots there). “I think if you go looking for a specific type of player, often you will never find it. Either they are not there or you don’t find it and you will stop looking for it. We are always after players who can play hockey.”

That might be stating the bleeding obvious but it’s also true. If India are to sustain this newfound love for the game, what happens over the next two weeks will go some way in determining the next chapter following the Tokyo bronze. The juniors do not need to win — titles need not be the only barometer of success at age-group levels — but they need to keep that supply chain going.

After 766 days, there could be some teething trouble but that’s the most basic question that this team will aim to answer in Bhubaneswar.

766 – Number of days since India’s junior men’s team last played a competitive match
2 – India are the defending champions, they last won it in 2016 (also won it in 2001)
6 – Germany have won it on six occasions, the most by a single team
3 – Bhubaneswar becomes the third venue after New Delhi and Kuala Lumpur to host both the men’s and the junior World Cup

Denial of responsibility! NewsUpdate is an automatic aggregator around the global media. All the content are available free on Internet. We have just arranged it in one platform for educational purpose only. In each content, the hyperlink to the primary source is specified. All trademarks belong to their rightful owners, all materials to their authors. If you are the owner of the content and do not want us to publish your materials on our website, please contact us by email – [email protected]. The content will be deleted within 24 hours.
best sports newsCupgenHockeyIndiaJuniormennews update sports

US government warns of increased ransomware threats during Thanksgiving