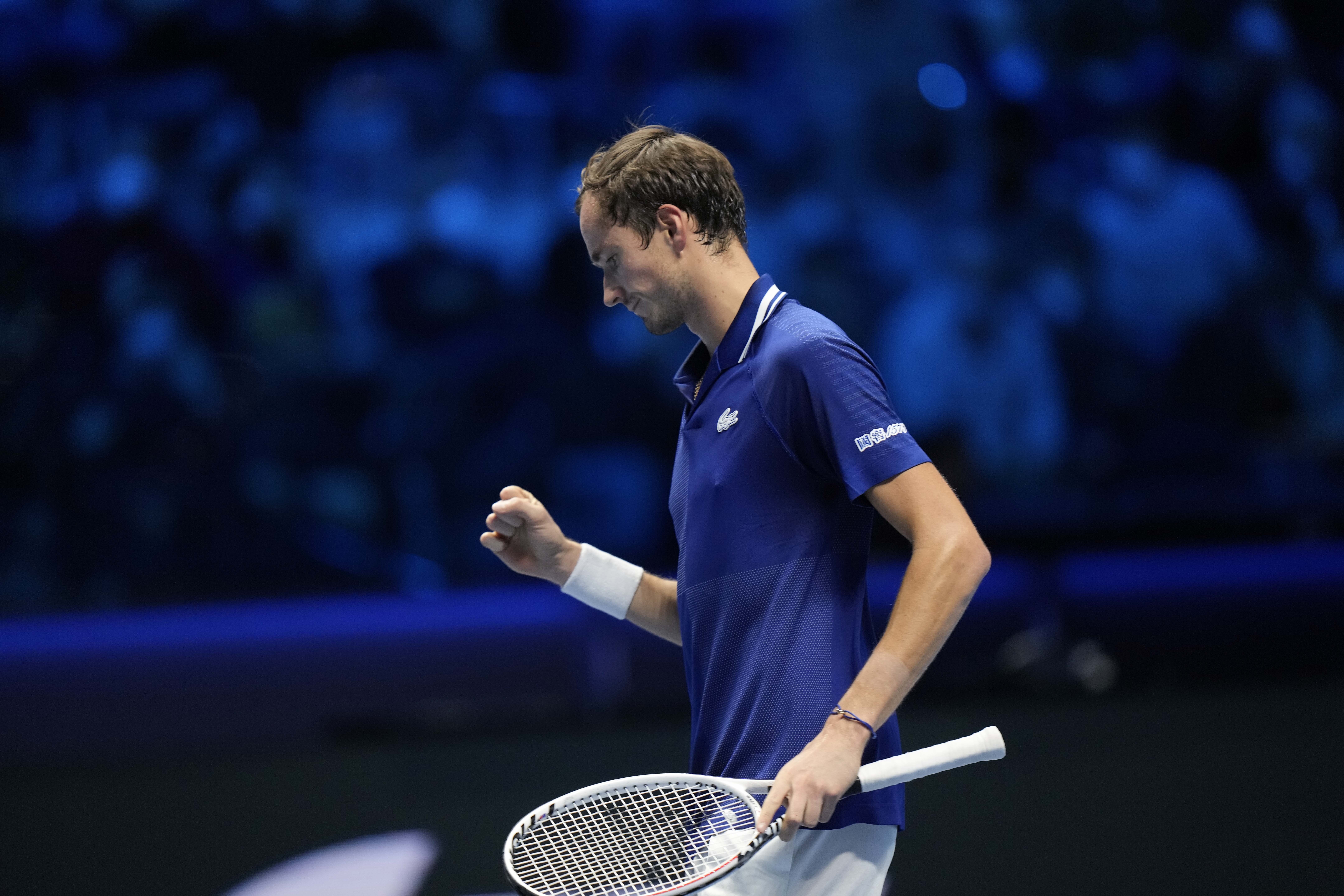 The 2021 ATP Tour Finals continued Tuesday
with the third day of pool play at Pala Alpitour in Turin, Italy.

No. 2 seed Daniil Medvedev battled No.
3 seed Alexander Zverev in the marquee matchup of the Red Group. The
day’s other match featured seventh-seeded Hubert Hurkacz taking on Jannik Sinner, the injury replacement for sixth-seeded Matteo Berrettini.

Let’s check out all of the key
information from Day 3 of the season-ending tournament, which will be
updated through the conclusion of play. That’s followed by a recap of
the action.

Medvedev and Zverev put on a
spectacular serving display as part of a match that lived up to the
hype. It wasn’t decided until deep in a third-set tiebreaker.

The pair combined for 32 aces (18 for
Zverev and 14 for Medvedev) and just three double faults. They also
saved seven of the match’s eight break-point opportunities, with the
only exception coming early in the first set when the second-seeded
Russian broke in the German’s first service game.

Zverev won the second-set tiebreaker
rather convincingly after dropping the first set, and he raced out to
a 4-2 lead in the deciding breaker before Medvedev mounted a rally by
winning four straight points to take a 6-4 advantage.

The 2021 US Open champion failed to
convert his first two match points before winning the next two points
to pick up the crucial victory.

“Definitely one of the matches to
remember,” Medvedev told reporters.

Along with his strong work from the service line, the
event’s defending champion also won 10 of his 13 points (77 percent)
when coming to net to help overcome a 48-36 winner deficit.

Denial of responsibility! NewsUpdate is an automatic aggregator around the global media. All the content are available free on Internet. We have just arranged it in one platform for educational purpose only. In each content, the hyperlink to the primary source is specified. All trademarks belong to their rightful owners, all materials to their authors. If you are the owner of the content and do not want us to publish your materials on our website, please contact us by email – [email protected]. The content will be deleted within 24 hours.
ATPbest sports newsDaniilFinalshighlightsMedvedevnews update sportsnewsupdate