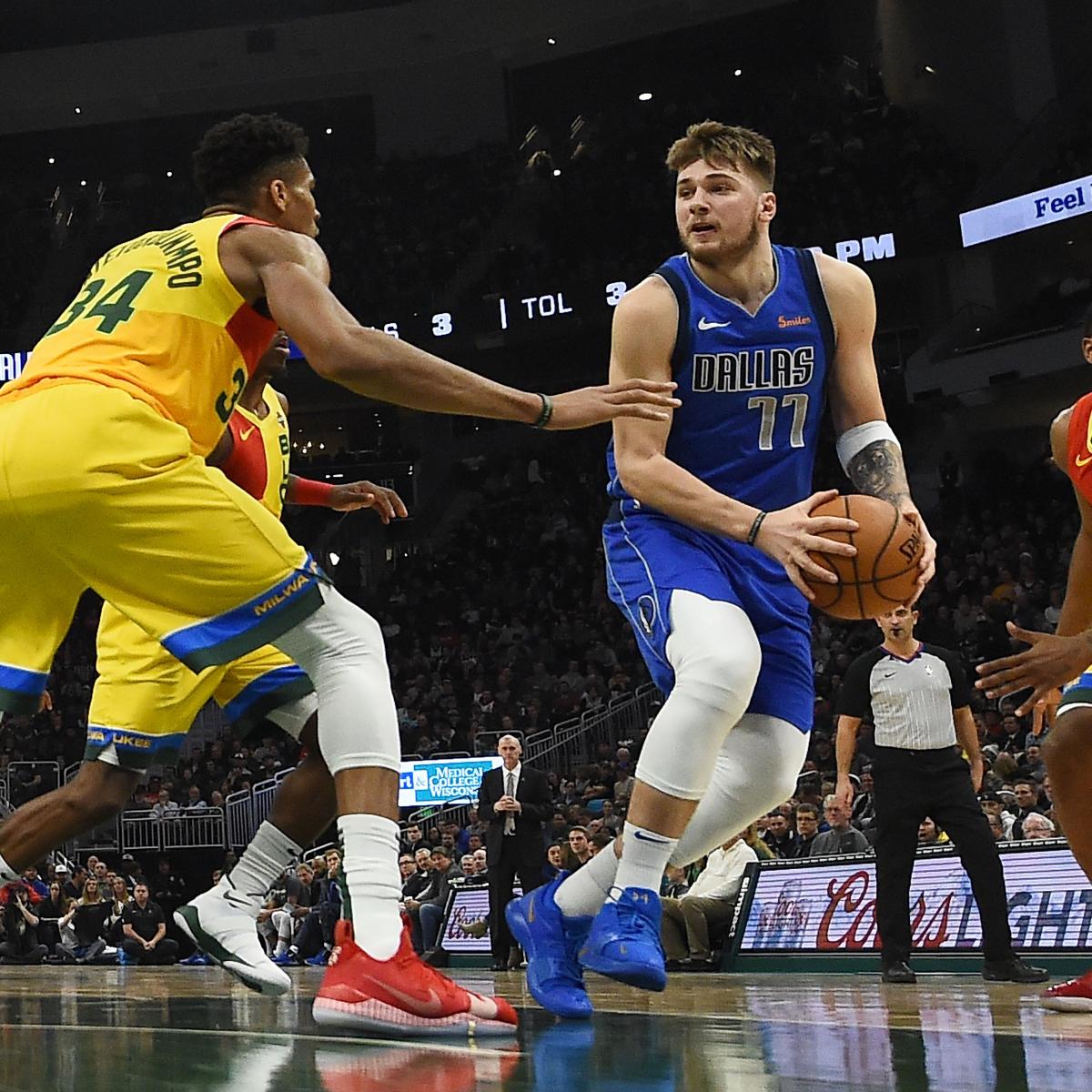 B/R NBA Staff: Which Star Would You Build Around for the Next 10 Years?

The future of the NBA is in excellent hands.

Nikola Jokic and Giannis Antetokounmpo, the reigning regular-season and Finals MVPs, respectively, are both under 27 years old. Luka Doncic, Zion Williamson and Trae Young are all under 23. A handful of others in that general age range includes Joel Embiid, Bam Adebayo, Jayson Tatum and Donovan Mitchell, just to name a few.

Whenever the old guard that includes players like LeBron James and Kevin Durant walks away, the league will still be loaded with talent.

There are plenty of good options to answer the question above: Which star would you build around for the next 10 years?

Do you go with someone who’s more established but still has the bulk of his prime left like Jokic or Antetokounmpo? Do you bank on the potential of someone like Zion? How much consideration do you give to injury history?

All that and more was considered as our writers made their picks.

It’s absurd that Luka just wrapped up his age-21 campaign.

The only player in league history who piled up more wins over replacement player to this point in his career was LeBron James.

The legendary Oscar Robertson is the only player to total at least as many points, rebounds and assists as Luka in his first 199 career games.

And finally, Michael Jordan, Bob McAdoo, Wilt Chamberlain and Rick Barry are the only players to score more points than Luka in their first 13 playoff games.

What Luka has done in his first three NBA campaigns is borderline unprecedented. And with room to improve as a shooter (both in terms of accuracy and shot selection), his future should be terrifying for every organization other than the Dallas Mavericks.

Beyond the numbers, there are a couple of separating factors that favor Luka over Jokic, Giannis and Zion (three other worthy answers here). Age puts him over the top against Jokic. Skill, particularly a passing ability that raises the ceilings of his teammates, is what gives him the edge over Zion. And some combination of both gives him the nod over Giannis.

This question is usually confined to the second- and third-year superstars in the making, but for as much as Giannis Antetokounmpo has accomplished already—two MVPs, Defensive Player of the Year and, of course, leading the Bucks to a title—he’s still only 26 years old.

That’s how old LeBron James was when the Heat lost to the Mavs in the 2011 Finals, and he’s reigned as the best player in the world (or at least in the conversation) in the ensuing decade.

Given Antetokounmpo’s drive, work ethic and natural talent, it’s not at all a stretch to expect that he’ll have a similar sustained peak of dominance.

Picking a star for the next 10 years isn’t easy.

Giannis Antetokounmpo has already proved himself capable of leading a title team, but he’ll turn 27 in December. Zion Williamson is young enough and talented enough to be of strong consideration, and guys like Jayson Tatum, Ja Morant, Trae Young, LaMelo Ball and Anthony Edwards deserve some consideration as well.

Even among all this incredible talent, Doncic, 22, is the best choice to build around over the next decade.

The league is moving toward tall ball-handlers who can create for themselves and others, something Doncic could do the moment he stepped on an NBA court.

In addition to scoring 27.7 points per game last season, Doncic created an additional 22.1 points off his assists. He improved his outside shooting (up to 35.0 percent), a mark that doesn’t justify his incredible skill and creativity when getting shots off.

If Doncic can continue to develop as a defender, he’ll soon be the best player in the NBA and the guy every franchise should want to build around.

This is the kind of inquiry when you can (and maybe should) let your mind run wild. Since you’re giving as much—if not more—weight to potential as proven production, you could go with a rookie or sophomore and not be wrong. I gave non-insignificant consideration to going with LaMelo Ball here but didn’t quite have enough boldness in my blood.

So, instead I’ll settle for a 6’7”, 284-pound freight train who can shapeshift to anything from a primary playmaker to a small-ball center.

Zion Williamson is unstoppable. That’s not my take; it’s lifted straight off the stat sheet. In his first season, he pounded opponents for 29.1 points per 36 minutes on 58.3 percent shooting. For his sophomore sequel, he upped those numbers to 29.3 and 61.1 while adding 4.0 assists per 36 minutes to the equation.

My only major concern is availability. Williamson’s combination of mass and explosion put an obscene amount of pressure on his joints. But he held up for all but 11 games of the 2020-21 campaign, so I’ll put my trust in that trend—and in his ridiculous talent base.

Given 10 years of development, he should tap further into his distributing, improve as a defender (he might one day be as switchable as stoppers come) and could expand his scoring range out to the three-point line. And since he just turned 21, he should be yamming on defenders throughout the decade.

He needs spacers, stoppers and ideally a unicorn center alongside him, but if Williamson is my foundation, I’ll trust my front office to assemble the right supporting cast around him. There might be safer answers to this question, but I’d argue Williamson offers the biggest prize.

But don’t overlook the still-young All-Star who just added an NBA Finals Most Valuable Player award to his pair of regular-season MVPs. Milwaukee Bucks forward Giannis Antetokounmpo, turning 27 in December, crossed the threshold to champion in July. It won’t be his last.

Even as the game has evolved to prioritize the three-point shot, in many ways, Antetokounmpo is a throwback to the era when the biggest, baddest, strongest, toughest player on the court was the key to winning. He still needs a team around him, and the Bucks got it done with players like Khris Middleton and Jrue Holiday, but there’s a reason why Antetokounmpo already has so much hardware.

Now that he has a deeper understanding of what it takes to win it all, he’s going to dominate the next decade.

Denial of responsibility! NewsUpdate is an automatic aggregator around the global media. All the content are available free on Internet. We have just arranged it in one platform for educational purpose only. In each content, the hyperlink to the primary source is specified. All trademarks belong to their rightful owners, all materials to their authors. If you are the owner of the content and do not want us to publish your materials on our website, please contact us by email – [email protected]. The content will be deleted within 24 hours.
Loading...
best sports newsBuildNBAnews update sportsnewsupdatesports newssports updatestaff

Here are the Indian price and availability of the iPhone 13 series, iPad Mini and New iPad and older iPhones – Smartprix