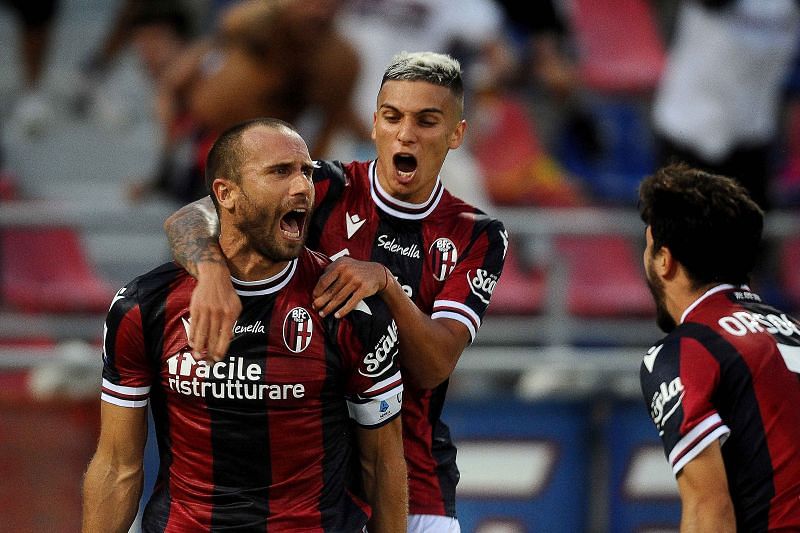 The Italian Serie A returns with a fresh set of fixtures as Bologna welcome Hellas Verona to the Renato Dall’Ara Stadium on Monday.

The hosts are unbeaten against the visitors in their last seven meetings across all competitions and will be looking to maintain their dominance.

Bologna continued their solid start to the season last time out when they held Atalanta to a goalless draw away from home.

Polish goalkeeper Łukasz Skorupski put in an inspired performance between the sticks for the Rossoblù as he made several saves to repel the Atalanta frontmen.

This followed a thrilling 3-2 victory over newly-promoted Salernitana in their league curtain-raiser.

Meanwhile, Hellas Vereno failed to pick up their first point of the season as they fell to a 3-1 defeat at the hands of Inter Milan.

The Gialloblu went ahead inside the first quarter of an hour through Ivan Ilic’s strike, but Lautaro Martinez restored parity shortly after the break before Joaquin Correa completed the comeback with a late brace.

Prior to that, Eusebio Di Francesco’s men were beaten 3-2 at home against Sassuolo in their opening game of the season.

With 11 wins from their previous 21 encounters, Bologna head into the game as the superior side in the history of this fixture. Hellas Verona have picked up four wins, while six games have ended all square.

Bologna head into the game with a clean bill of health and will be boosted by the return of Roberto Soriano and Jerdy Schouten, who served their one-game suspension last time out.

The visitors, meanwhile, will have to cope without Italian defender Federico Ceccherini, who sustained an injury against Inter Milan last time out.

Hellas Verona have stumbled into the new season and are one of four sides without a point from the opening two games. While they will be looking to find their feet, they face the stern test of going up against an opposing side who they have failed to defeat in their last seven attempts.

We predict Bologna will come away with the win and heap more misery on the visitors.

Denial of responsibility! NewsUpdate is an automatic aggregator around the global media. All the content are available free on Internet. We have just arranged it in one platform for educational purpose only. In each content, the hyperlink to the primary source is specified. All trademarks belong to their rightful owners, all materials to their authors. If you are the owner of the content and do not want us to publish your materials on our website, please contact us by email – [email protected]. The content will be deleted within 24 hours.
Loading...
best sports newsBolognaBologna FootballFootballHellasHellas Verona FootballMarko ArnautovicNews