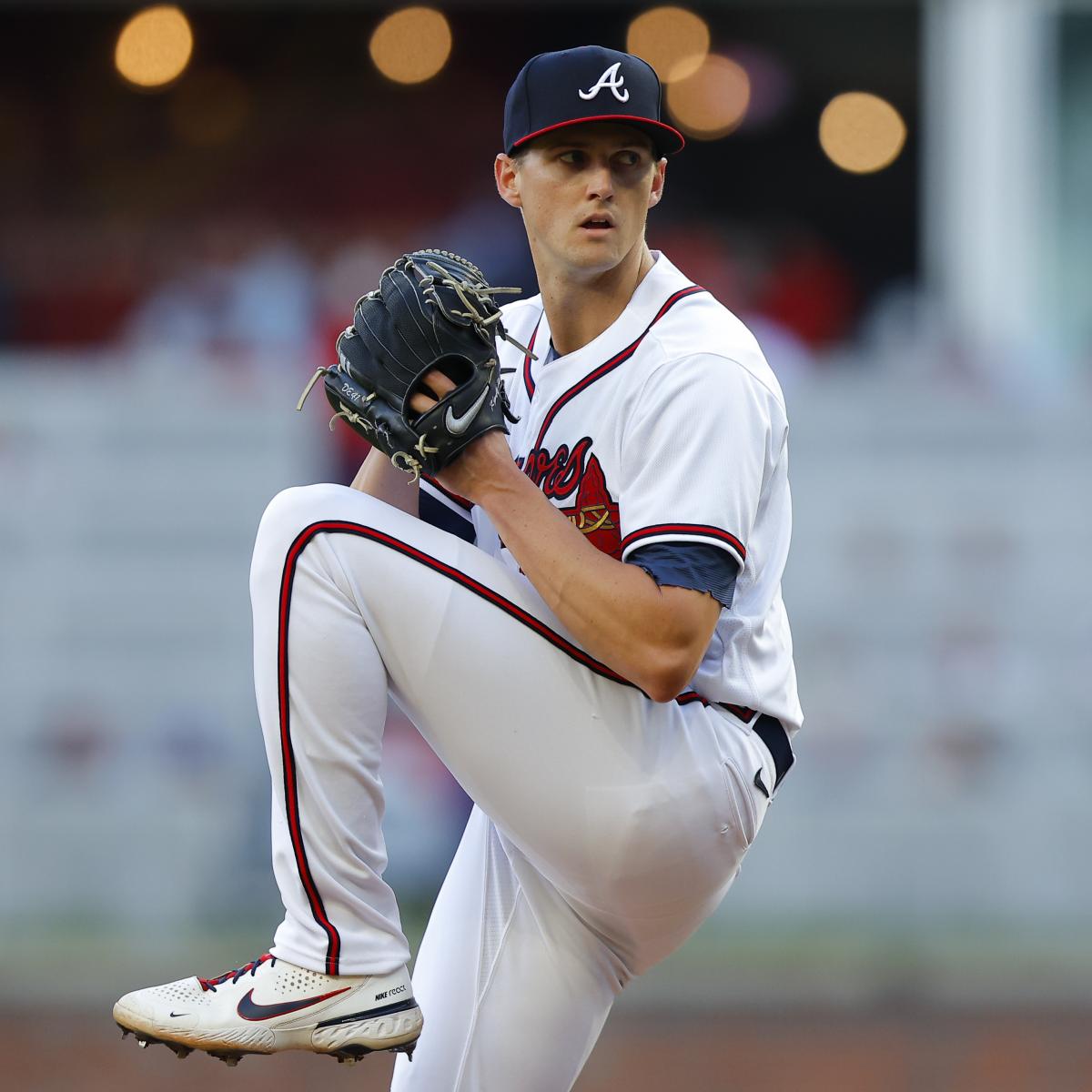 It was a busy offseason for the 2021 World Series champion Atlanta Braves, as they said goodbye to homegrown superstar Freddie Freeman, replaced him with slugger Matt Olson and rebuilt the relief corps with a handful of outside additions.

That said, the biggest addition in 2022 was always going to be a healthy Ronald Acuna Jr. as he made his way back from a torn ACL that cost him the second half of the 2021 season, and he has picked up right where he left off last year since returning to the lineup.

Despite a talented roster, the Braves are off to a rocky start with a sub-.500 record that has dug them a good-sized early hole behind the upstart New York Mets.

Ahead, we’ve broken down the team’s biggest early takeaways of the 2022 season.

Ronald Acuna Jr. was hitting .283/.394/.596 with 24 home runs, 17 steals and 3.6 WAR in 82 games when he suffered a torn ACL on July 10 that sidelined him for the remainder of the year and left him watching from the dugout during Atlanta’s run to a World Series title.

He began the year on the injured list as he continued to recover, but he finally returned to action on April 28 after missing the first 19 games of the season.

The five steals are an extremely promising sign coming off a serious leg injury, and after Eddie Rosario went 3-for-44 as the starting right fielder in his absence, getting him back in the lineup has been a huge boost offensively.

Kyle Wright got shelled against the Boston Red Sox on Tuesday, allowing seven hits, four walks and six earned runs in 4.2 innings, but that doesn’t erase how impressive he had been through his previous five starts.

The No. 5 overall pick in the 2017 draft, Wright flashed top-of-the-rotation upside during his time at Vanderbilt and early on in the Atlanta minor league system, but things still hadn’t clicked at the MLB level entering the year as he had a 6.56 ERA in 70 innings pitched over the previous four seasons.

Throwing his curveball more this season has seemingly taken his game to another level, and over his first five starts, he went 3-1 with a 1.74 ERA, 0.97 WHIP and 37 strikeouts in 31 innings.

With Charlie Morton off to a shaky start, the back of the rotation up in the air and Mike Soroka still on the injured list, Wright’s contributions have become extremely important to Atlanta’s success.

The top four spots in Atlanta’s starting rotation are locked in with Max Fried, Charlie Morton, Kyle Wright and Ian Anderson, and assuming Morton gets on track after a rocky start, that foursome should be one of the strengths of the team.

However, the No. 5 starter spot is quickly shaping up to be a revolving door.

Three pitchers have seen time in that spot already:

All three are currently at Triple-A Gwinnett, and there’s a decision to be made on who will take the ball next Tuesday when that spot in the rotation comes up again.

Veteran reliever Jesse Chavez has been used as an opener once, but the team could also give hard-throwing Spencer Strider a shot in the rotation after an impressive start to the year in a bulk relief role.

One way or another, that spot needs to be sorted out.

Denial of responsibility! NewsUpdate is an automatic aggregator around the global media. All the content are available free on Internet. We have just arranged it in one platform for educational purpose only. In each content, the hyperlink to the primary source is specified. All trademarks belong to their rightful owners, all materials to their authors. If you are the owner of the content and do not want us to publish your materials on our website, please contact us by email – [email protected]. The content will be deleted within 24 hours.
1stbest sports newsBravesearlymonthnews update sportsnewsupdateSeason

The Web3 Decentralization Debate Is Focused on the Wrong Question